The central province of the Greek mainland is known as Stereá Elládha, which translates literally as ‘Greek Continent’.

An expansive region of around 15,000 sq km, Central Greece broken up into five distinct provinces, Boeotia, Euboea, Evrytania, Phocis and Phthiotis. To the north, Central Greece is bordered by the Pindus Mountains, beyond which sits the provinces of Epirus and Thessaly. At its south is the Gulf of Korinthos, known for its pretty port towns of Galaxídhi and Náfpaktos and the regions of Attica and the Peloponnese. Central Greece is famous for being home to the ancient city of Delphi, which translates from Ancient greek as ‘womb’ perches like a bird’s nest on the side of iconic Mouth Parnassus.

It’s hard to overstate the importance of Central Greece in the annals of Ancient Greek history. Thermoplylea is located in Central Greece, as is the battle site of Chaironeia, the birthplace of Hercules and Dionysus, Thebes and significant Byzantine monasteries. Yet most visitors to Central Greece lured in by the chance to see the domain of the almighty Oracle at the ancient city of Delphi.

The ancient battle site of Thermopylea is located in the Phthiotis region of Central Greece, just 16km from the capital of Lamia. The name Thermopylea translates to ‘hot gates’ and is both a reference to the area’s natural hot springs and its description in Greek mythology as the entrance to the disturbing underworld of Hades. Here, in 480 BC 300 Spartans (amongst others) defended a narrow coastal pass against hordes of Persian invaders for three whole days before being out-smarted and out-flanked.

The jewel of Central Greece, the ancient site of Delphi is one of the most significant archaeological sites in the country. Home to ‘the Oracle’, Delphi was a site of pilgrimage for over 1200 years between 700BC and 300AD. The ruins of the sanctuary at Delphi feature the Temple of Apollo; Athenian Treasury; the Athenian stoa and an incredible theatre that once hosted the Pythian Games, all of which date from 369–329 BC.

The stunning monastery of Moni Osios Loukas is located in Boeotia in Central Greece. A World-Heritage listed monastery known for its breathtaking views of Mount Elikonas and nationally-significant Byzantine frescoes, Moni Osios Loukas was names for Saint Luke, the 10th century ascetic who was canonised in recognition of his healing powers. 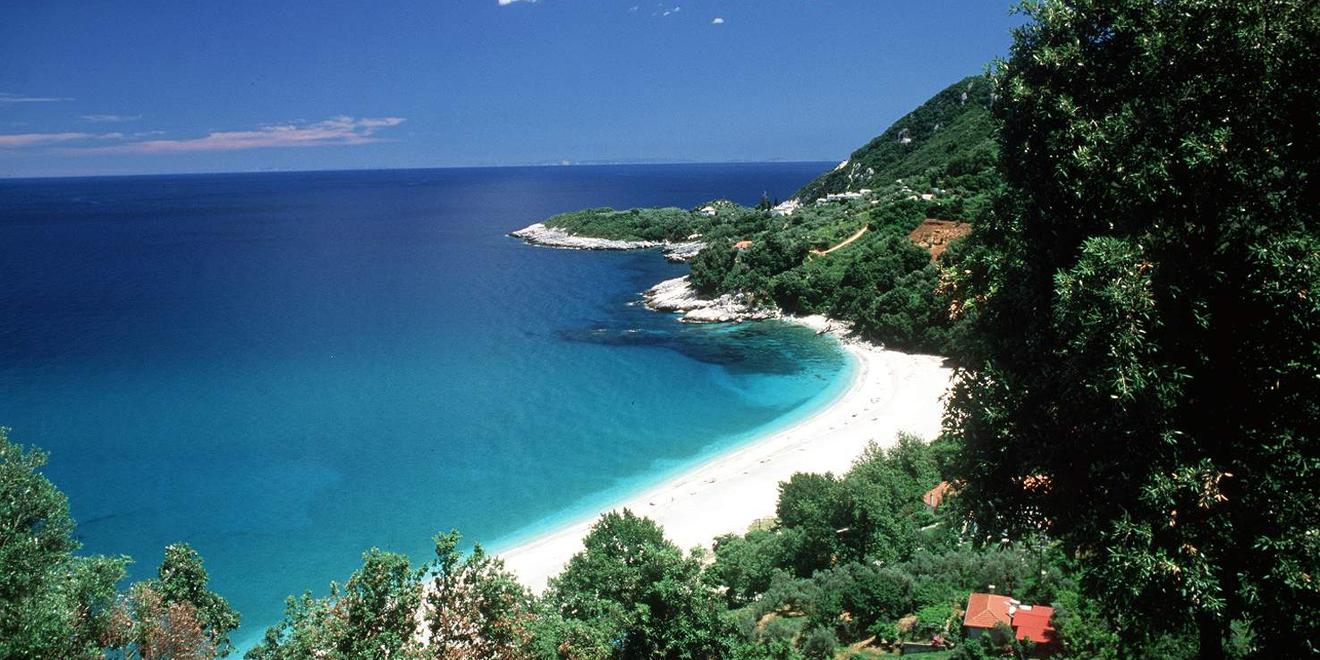 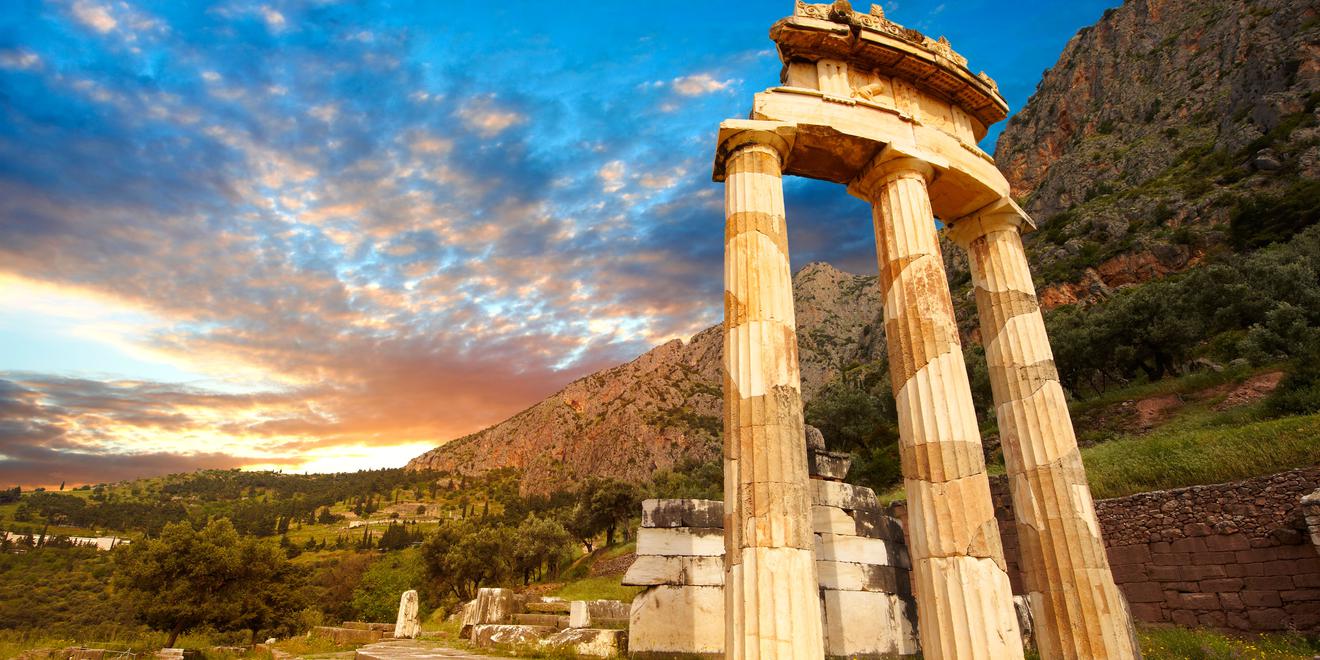 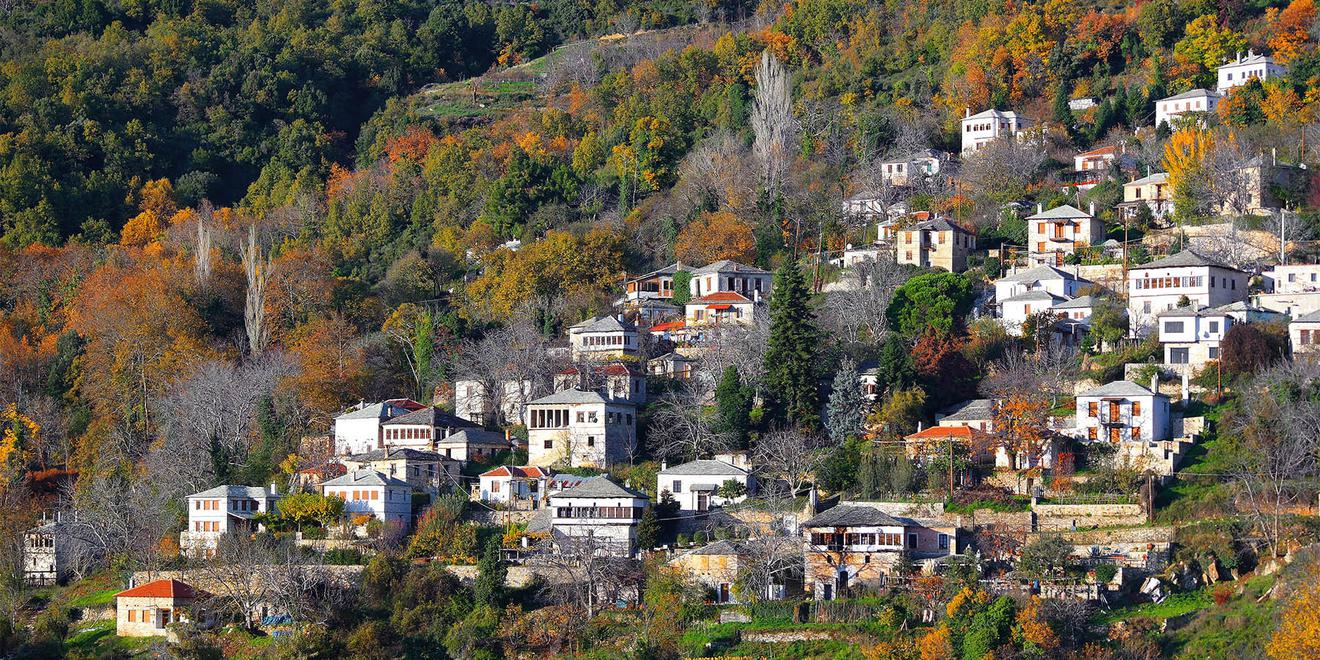 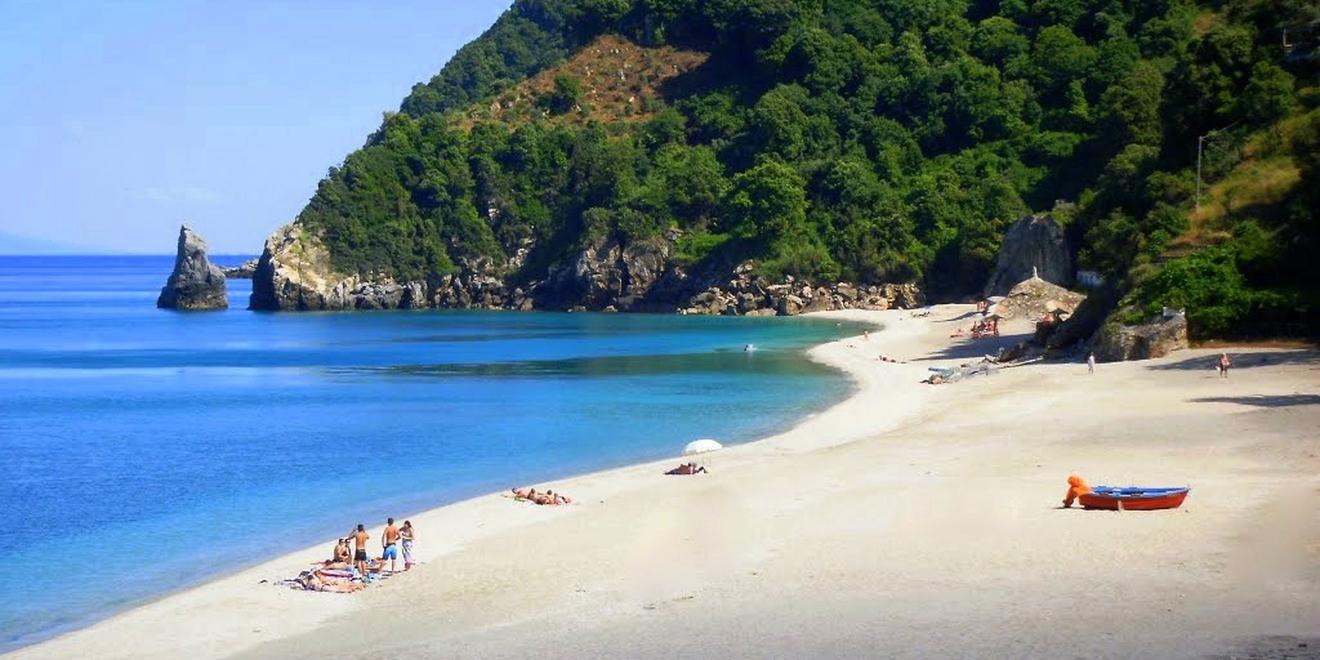 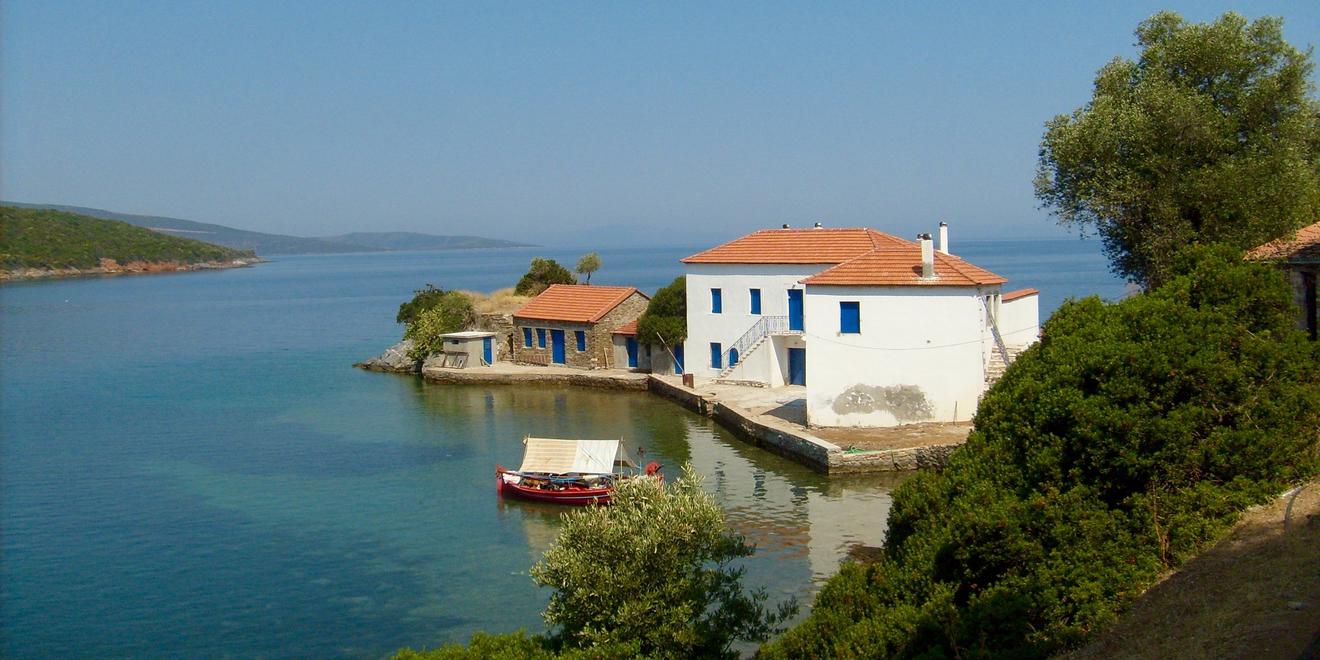 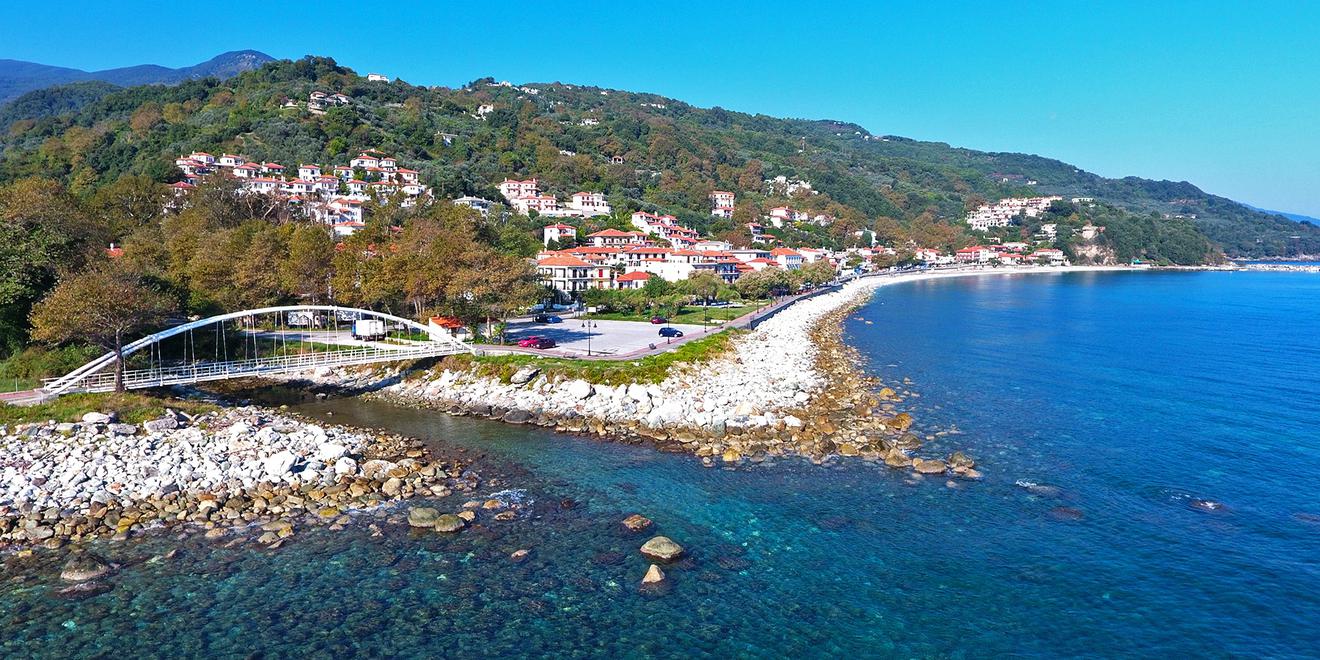 Central Greece is a diverse geographical region boasting some of the highest mountain ranges, largest lakes and significant rivers in all of Greece. Parallel to the east coast of mainland Central Greece lies the large island of Euboea, a mountainous expanse broken up by fertile valleys. The shape of Central Greece’s mainland resembles a foot, stretching out in a southeastern direction. To the west, the Pindus Mountain range stretches down from Epiros and connects with the Parnassian Range, extending down to Athens.

With the Aegean Sea to the east and the Ionian Sea to the west, the climate of Central Greece differs depending on how close to the ocean you are. Along its coastlines Central Greece is temperate whereas closer to the interior the air is dry. In Delphi, temperatures can exceed 30°C in July and dip as low as 5°C in January. Overall there is very little rainfall in this area of Greece with less than 0.2 inches in the heaviest rainfall month of May.

Mount Iti National Park is the most significant national park in Central Greece. A beautiful but under-developed region of meadows and marshland, this national park is popular with hikers. According to mythology, Hercules built his own funeral pyre here at Mount Iti before joining the other Gods on Mount Olympus.

Greece itself is sliced in half by the epic ridge of Parnassus, a mountain range that stretches across the regions of Phocis and Boeotia. Phocis is home to two even larger peaks, Giona and Vardousia, 5th and 7th largest peaks in Greece, respectively.

The eastern side of Central Greece is dominated by Mount Parnassus, a 2,450m limestone peak that can be seen from the ancient site of Delphi. Adventurous explorers use the village of Arachova as their base to enjoy the area’s wildflower meadows, and forests of Cephalonian fir. To summit the highest peak, Liakoura requires an overnight back-country stay.

Other areas of geographical significance in Central Greece include the Kifisós River valley in Boeotia, used for cotton cultivation, and the Asopós River valley east of Thebes. One of the most fertile regions in Greece, the Kifisós Plain, produces some of Greece’s finest timber, marble, olives and wine.

No visitor to Central Greece will ever go hungry as the people of this region are known for their inexhaustible hospitality. The Mount Parnassus region of Central Greece is known for its feta and katiki cheeses, gifts from the area’s many flocks of sheep and goats.

Lamia, gateway to Iti National Park, is the place to try kokoretsi (lambs intestines) while Arahova is home to the region’s best homemade formaelle and pasta. Many mountain villages, such as Fidakia in Evyritania, produce incredible almonds, nuts, herbs and fir honey while the region as a whole is thought to have been the birth-place of the custom of spit-roasting young lamb – a tradition that continues to this day. The popular white wine, Savatiano, is also native to Central Greece.

Central Greece is served by Athen’s Eleftherios Venizelos International Airport. Greece’s international rail service operates out of Thessaloniki, so to arrive or depart from Greece via rail you must travel north. You can explore the eastern part of Greece from Athens using the state train company, Trainose and the major points of interest in the region are served by Greece’s public intercity transport system, KTEL.

Central Greece is an expansive region and distances between major destinations can be long. There are a number of major ‘E’ roads linking Thebes, Delphi, Livadia and Lamia in the east with the Gulf of Corinth and a few towns in the west.

Around 2.5 hours from Athens, the city of Lamia is a popular place to buy/rent property in Central Greece due to its density of museums, cafes and nightlife spots. The most populous city in Central Greece is Chalcis which is located on the island of Euboea and is a popular holiday spot for Athenians. Surrounded by olive plantations and close to beaches, the quiet beach province of Phocis is has a plethora of old stone mansions. In contrast, the northern province of Evritania is largely mountainous. If you’re hoping to buy or rent property in Central Greece to ski then searching close to ski centres Arakova, Kelaria and Fteroka is also a good idea.

Property can become available in Central Greece’s seaside towns located south on the blue waters of the Gulf of Corinth. Galaxidi and Nafpaktos are the liveliest port towns and the best place to begin your search. 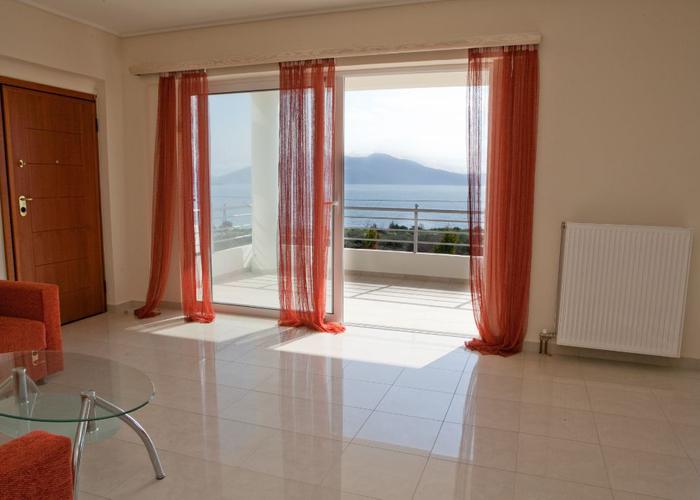 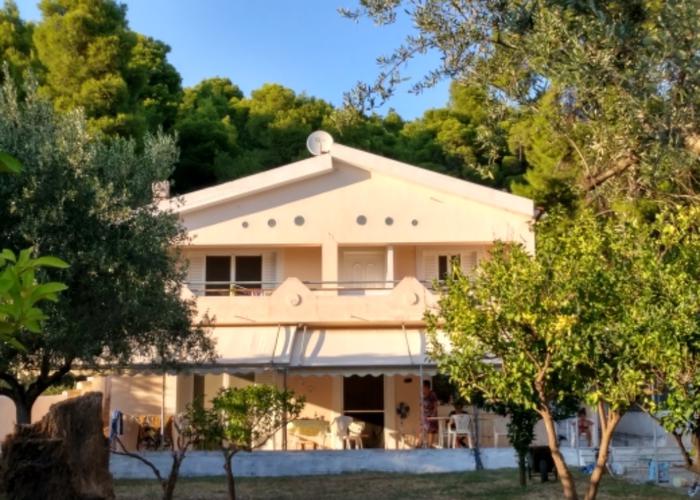 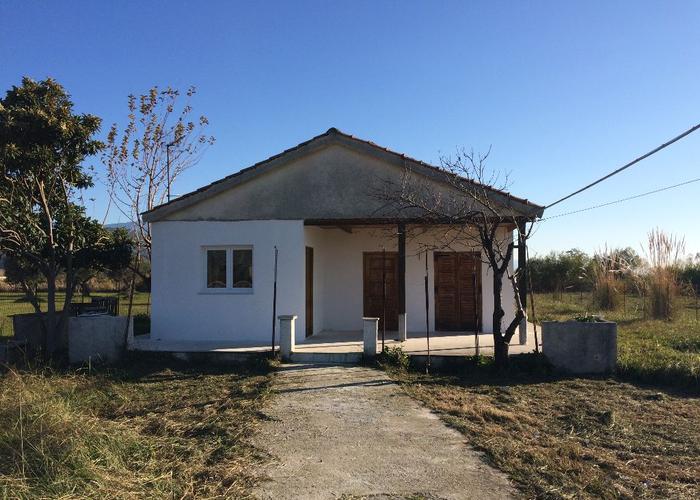 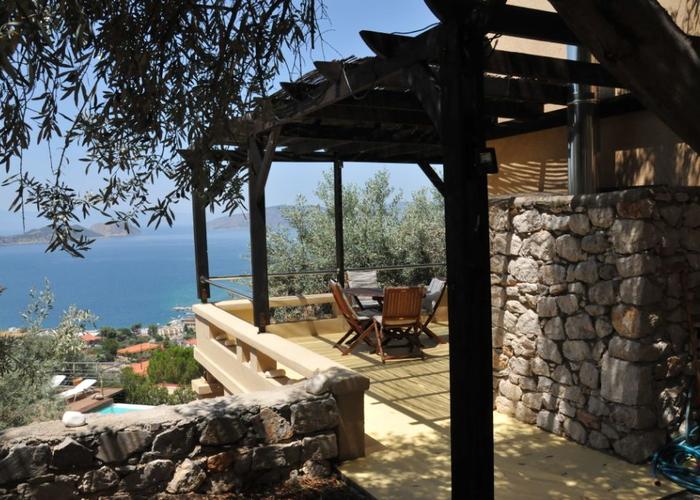 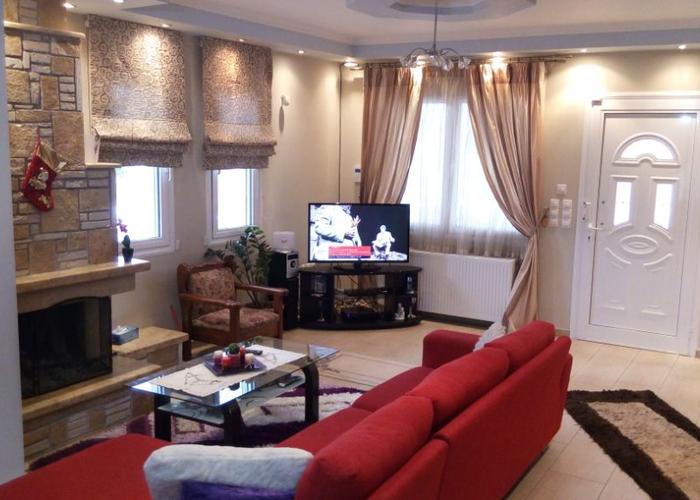 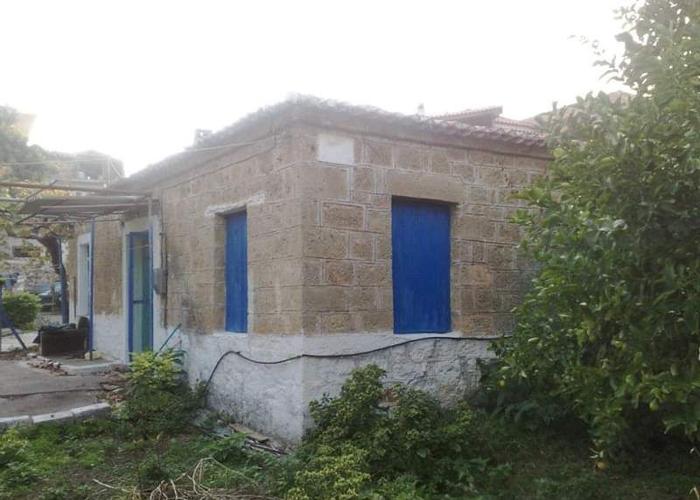 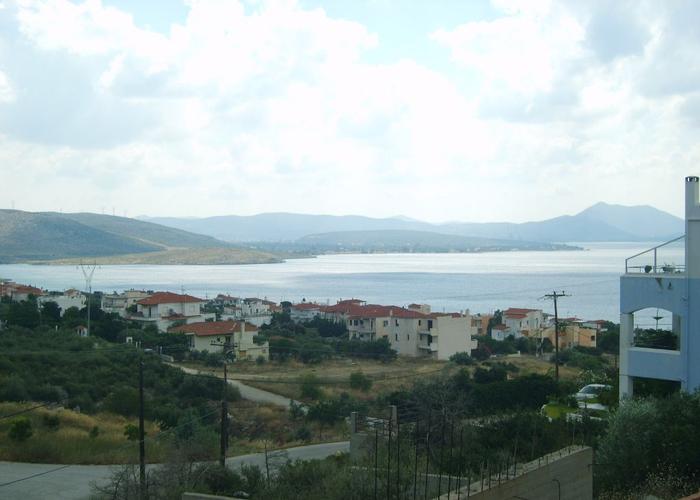 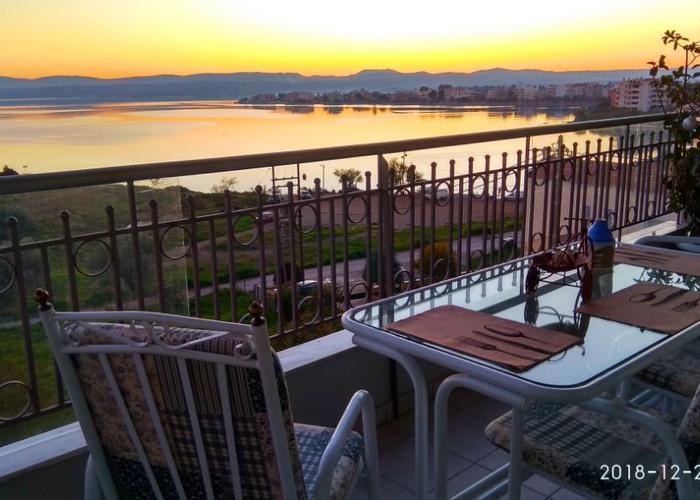 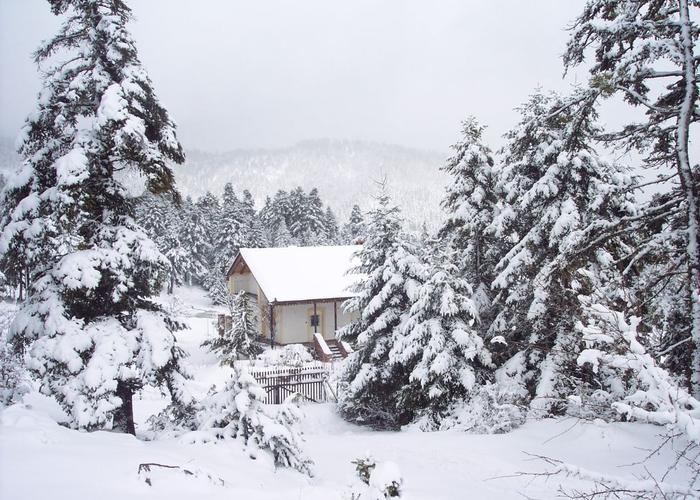