The region of Pieria in Central Macedonia has a rich mythological background, due in no small part to its crowning glory, Mount Olympus. According to myth, Mount Olympus was the home of the Olympian Pantheaon and the Seven Muses. A nearby spring was thought to be the birthplace of the Seven Muses and responsible for pouring arts and learning into the world.

Evidence of human life in Macedonia is thought to go back 700,000 years and parts of this region have been densely-populated since prehistoric times. Ancient Greek tribes such as the Thracians occupied this region while on the move south, however this area is best known for being an important part of the all-powerful Macedonian civilisation. The Macedonians reached the peak of their global influence in the early 3rd century BC under Alexander the Great. Alexander the Great was born in the Central Macedonian province of Pella and visited Dion in Pieria to offer a sacrifice before he left to conquer Asia. King Archaelaus established Pella as the capital of his kingdom in the 5th century but Pella was later pillaged by the Romans.

The city of Veria in Imathia was the first Macedonian city to be conquered by the Romans who did so in the year 168 BC. During Roman and later Byzantine rule, Veria was a major Macedonian city, second in importance only to Thessalonki. During Byzantine rule, Pieria was constantly under fire from would-be invaders due to its strategic position between Macedonia and southern Greece. In an attempt to protect this important channel the Platamonas castle was built over the ancient city of Herakleion. But Pieria, like Veria and Thessaloniki and every other city, town and village in Macedonia fell to the Turks in the 15th century.

The Mount Olympus and Pieria Mountain regions served as strategic bases for revolutionary operations during the centuries-long fight for Greek independence. The people of Central Macedonia were instrumental in the Macedonian War with Bulgaria (1904-1908), with Lake Giannitsa suffering some of the worst conflicts. Finally, in 1912, the region was liberated and incorporated back into the nation of Greece. 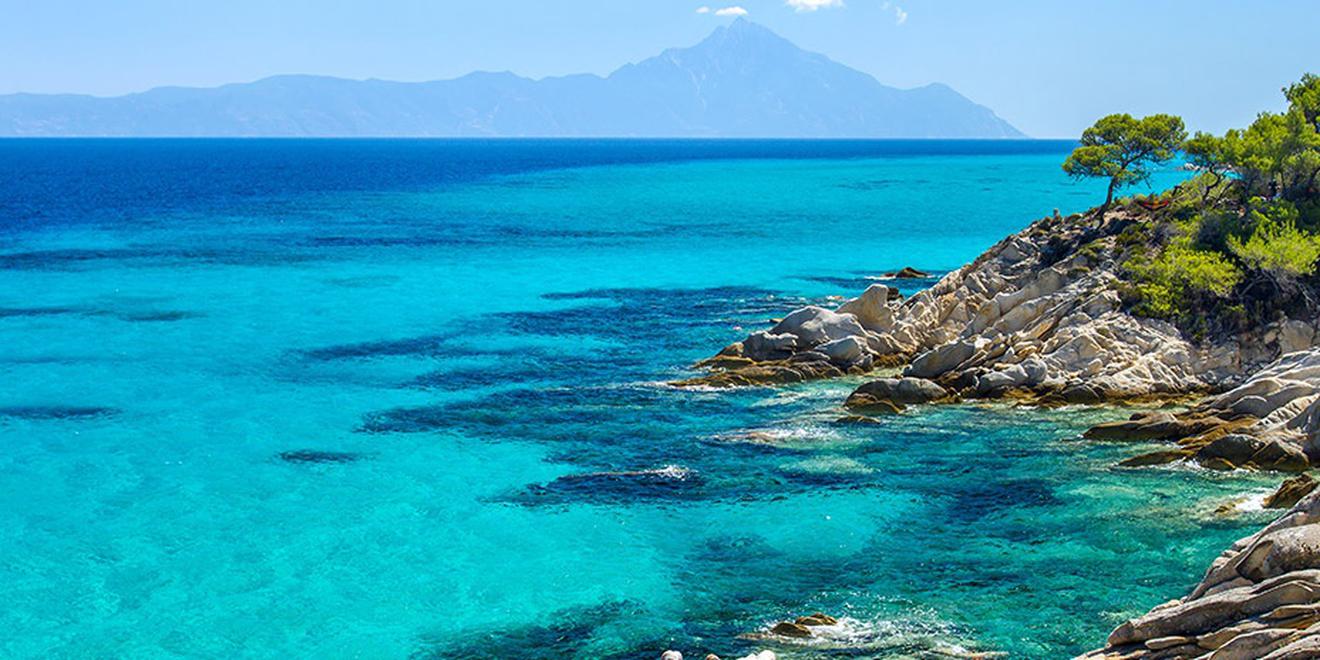 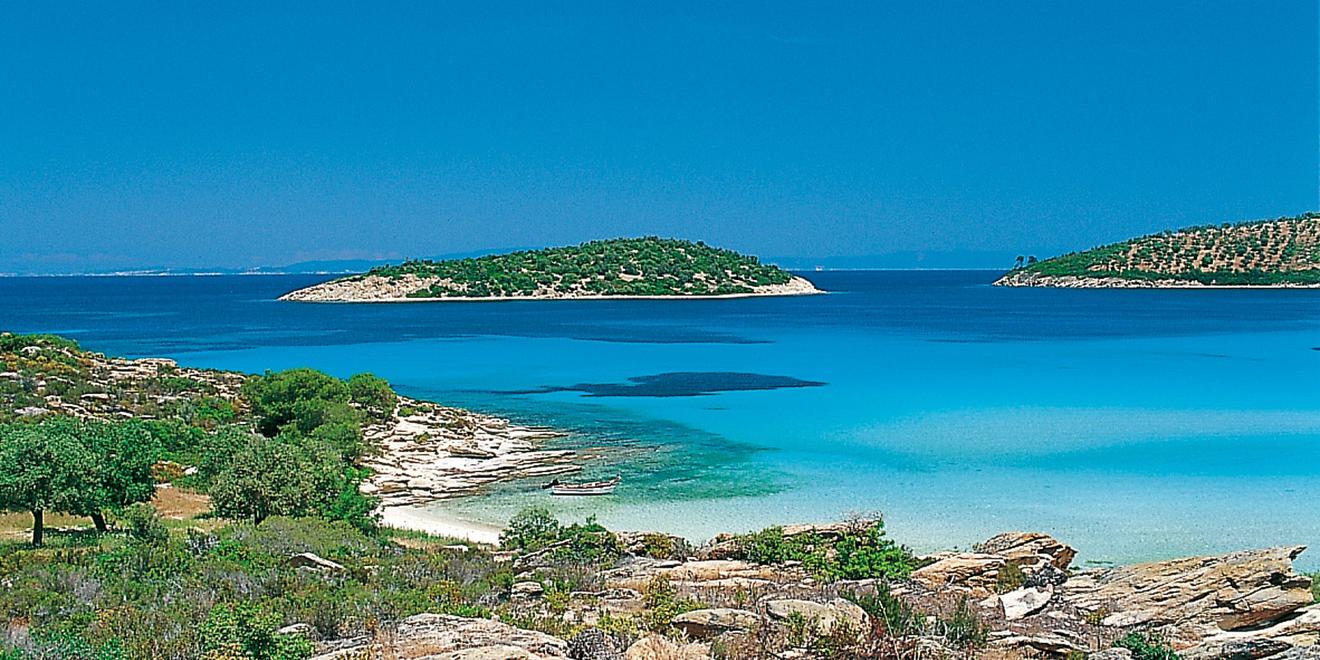 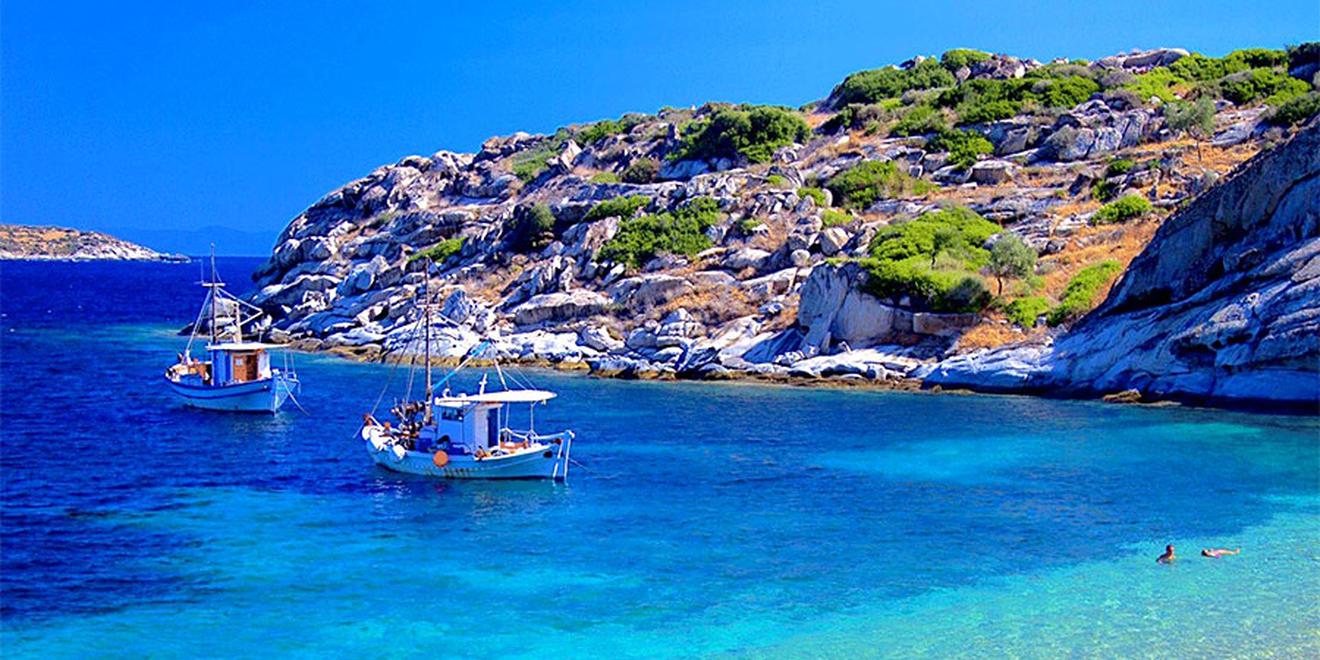 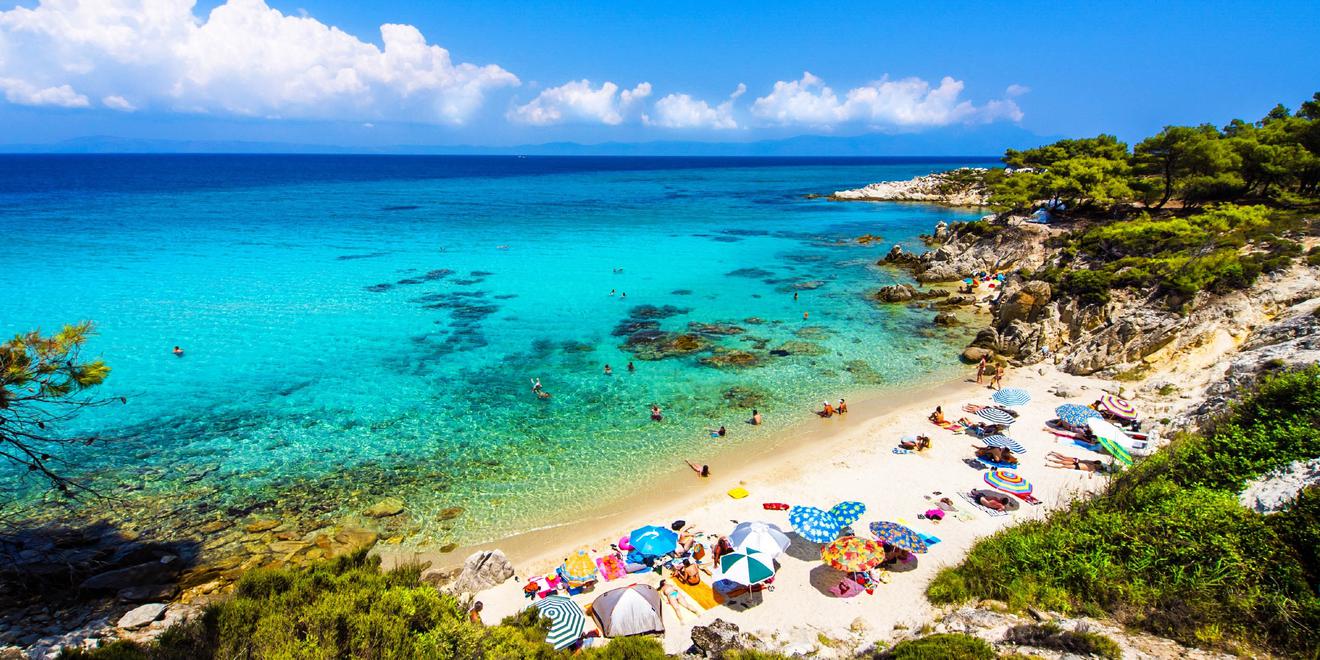 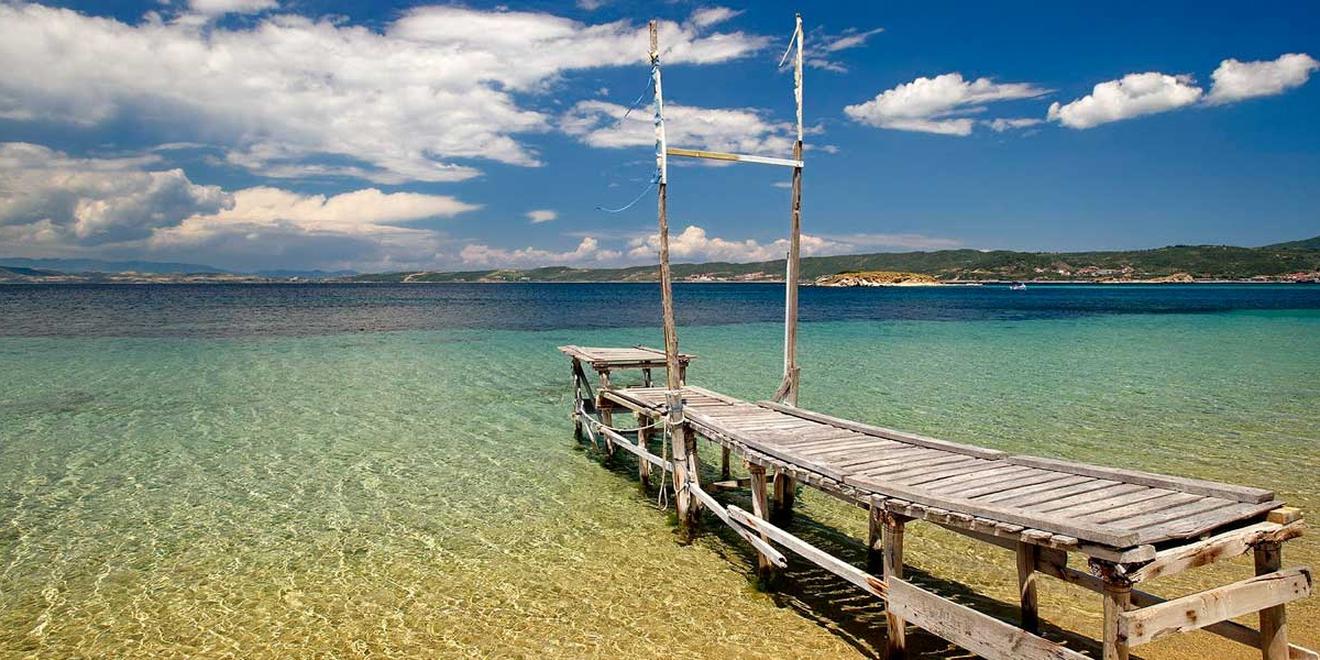 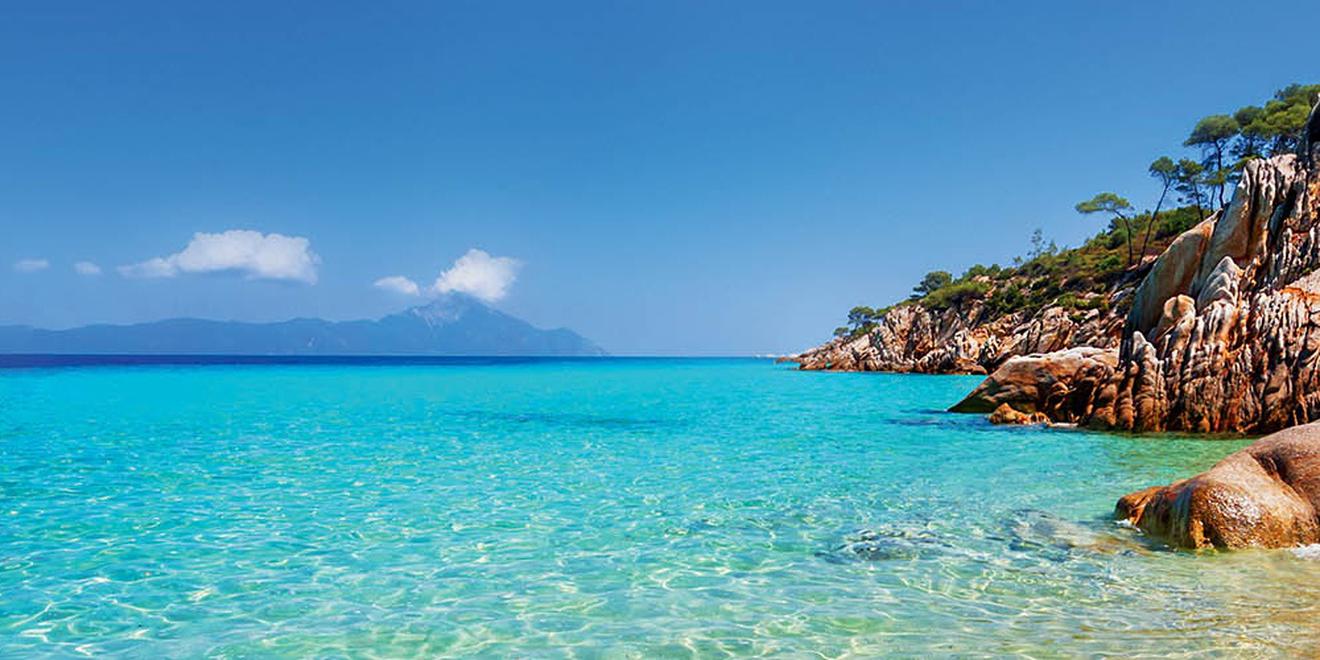 People often refer to the entire stretch of Greek Macedonia and the neighbouring western region of Epiros as ‘Northern Greece’ but this vast expanse of land is actually divided into the distinct regions of Western, Central and Eastern Macedona.

Around here, the city of Thessaloniki is in charge. The largest port after Piraeus and the largest city after Athens, Thessaloniki has the highest population density in Central Macedonia. Like the rest of Greek Macedonia, Central Macedonia is mountainous. As it is landlocked to the east and west, Central Macedonia has few lowland areas to speak of. The highest elevation in the area is Mount Athos, at an elevation of 2033m although administratively this mountain is not a part of the central Macedonian region. The climate in this part of the world is temperate and known for its cold, damp winters and hot, dry summers. In Thessaloniki the summer temperature rarely reaches higher than 30°C and in winter lows never dip below O°C.

The city of Thessaloniki is considered a place of natural wealth thanks to its stunning waterfront location. Founded in the 3rd century BC, the region around Thessaloniki city attracts visitors with its impressive beaches at Thermaikos and Strymonikos bays. Also, just south of Thessaloniki is one of Central Macedonia’s few wetlands sites, Fanari protected wetlands, home to diverse flora and fauna. A little further south you will find Potamos Beach, a great place to camp.

The Halkidiki peninsula is home to Central Macedonia’s most pristine beaches. Over 550 km of coastline blesses Halkidiki with enough sand for everyone and the Halkdiki peninsula provides a land link to Aristotle and the UNESCO world monument of Mount Athos. If you intend to visit this iconic region it is easiest to do so from Lithoro or Plaka Lithoro in Pieria.

Pella, the former royal capital of Greece, is located between Thessaloniki and Edess and is the birthplace of Alexander the Great. Known primarily for its significant archaeological sites including the ancient Macedonian capital city, the Pellaia Chora and the new Archaeological Museum of Pella, Pella is also home to the city of Edessa, known as the ‘town on the waters’ for its waterfalls, fountains and natural springs. The waterfalls here are known to locals as Greece’s most invigorating.

Way up north, the region of Kilkis borders with Macedonia and is considered by some to be an undiscovered land. There are three notable mountains in this area, Paikos, Kroussia and Belles and a number of lakes such as Skra, Pikrolimni and Doirani. Kilkis also attracts visitors with its splendid wineries.

The cuisine of Central Macedonia is heavily influenced by that of 20th century refugees from Asia Minor and Constantinople. While parts of the local diet are classically Greek with large helpings of souvlaki, stew, pastries, cheeses and olives, there are a few regional variations. For example, souvlaki pita tends to be fried rather than grilled in Central Macedonia and it’s more common to find mydia yiachni (mussel stew) on the menu than in other parts of the country. Wild boar is a meat generally eaten on special occasions while Central Macedonia’s dessert culture makes cakes and pastries a daily treat. In Thessaloniki there are a number of dessert cafes serving treats such as revani, syrup-soaked semolina cake; koulourakia vanilas, crunchy vanilla cookies; tzoureki, brioche-like bread and trigona, custard-flled pastry triangles.

Thessaloniki is served by a major airport that offers a wide range of domestic and international flights. Additional airports located at Kozani and Kastoria in West Macedonia and Alexandroupoli in Thrace only offer a domestic schedule. It’s quite easy to take a ferry from Thessaloniki to the Sporades islands and the Northern Aegean islands.

Chalkidiki, also known as Halkidiki is a large peninsula with 50 beaches along its coastline. If you’re looking to buy or rent property in Central Macedonia, the cities of Polygros and Kassandra are tourist-heavy for a reason. Nearby villages such as Mola Kaliva, Nea Moudania and Kallithea offer opportunities to buy/rent a house or villa in Central Macedonia. If the region of Imathia interests you then check out capital city, Veria and the town of Naoussa. If buying/renting a property in Central Macedonia is a way to escape the crowds then look at the town of Kilkis or Edessa in Pella, known for its waterfalls. Of course, Thessaloniki is popular with many looking to buy/rent a house or villa in the thick of it but to get ahead of the real estate curve take a look at Evosmos in the north. 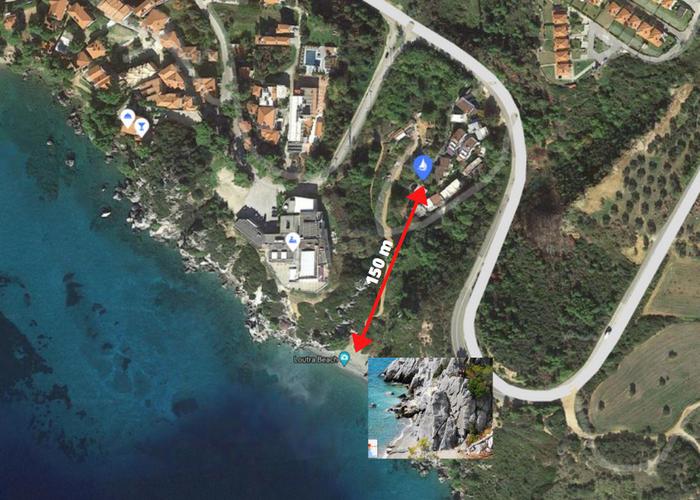 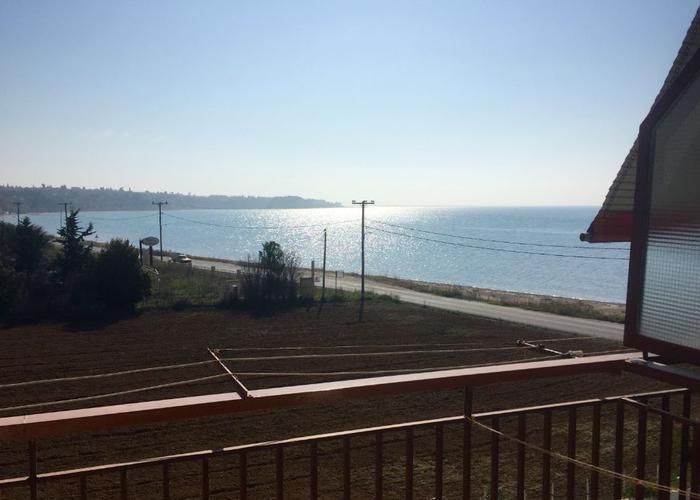 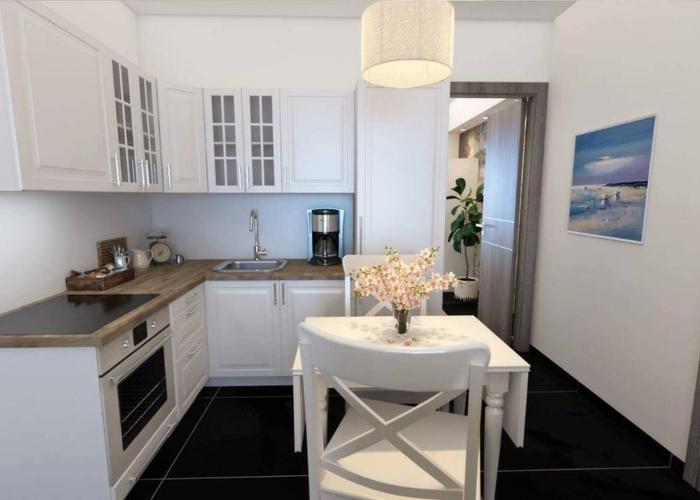 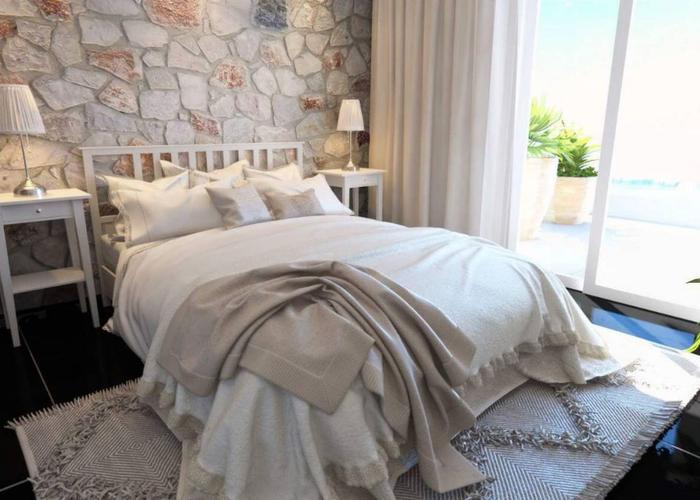 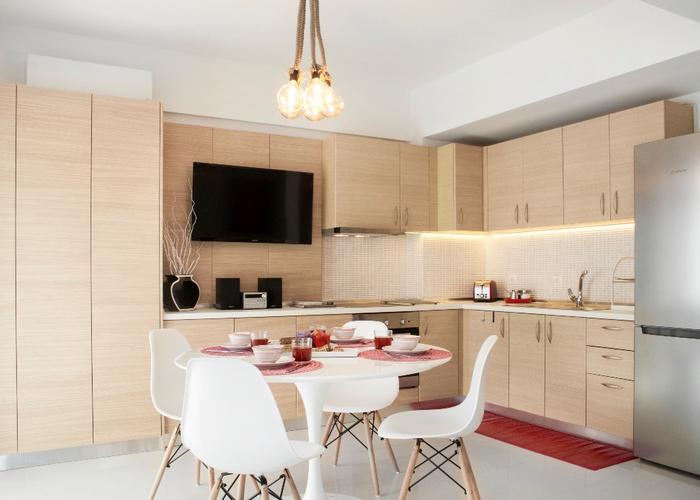 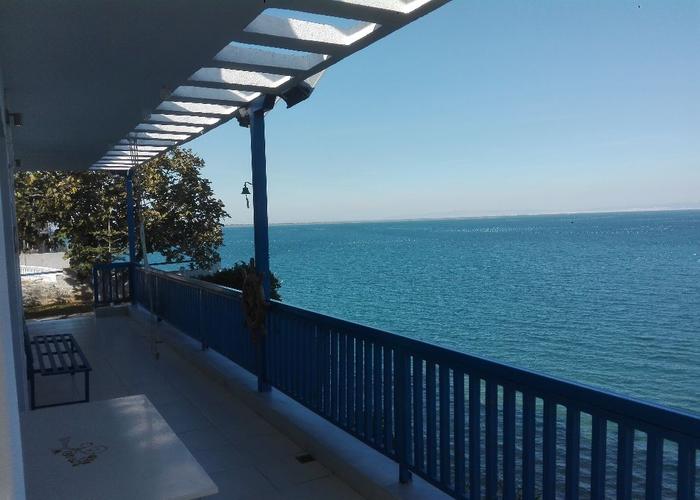 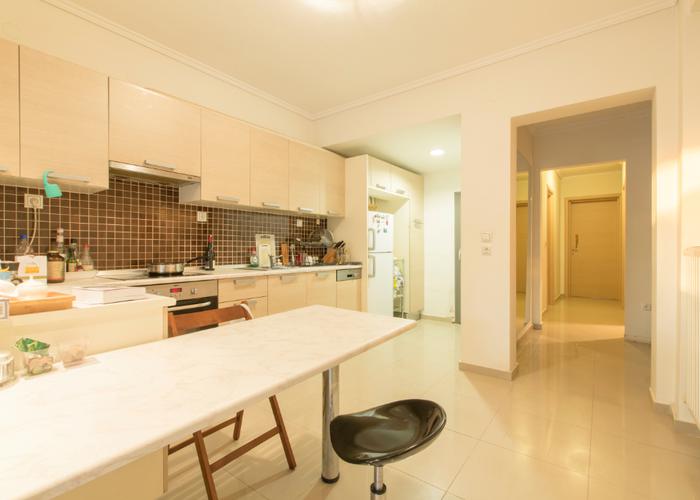 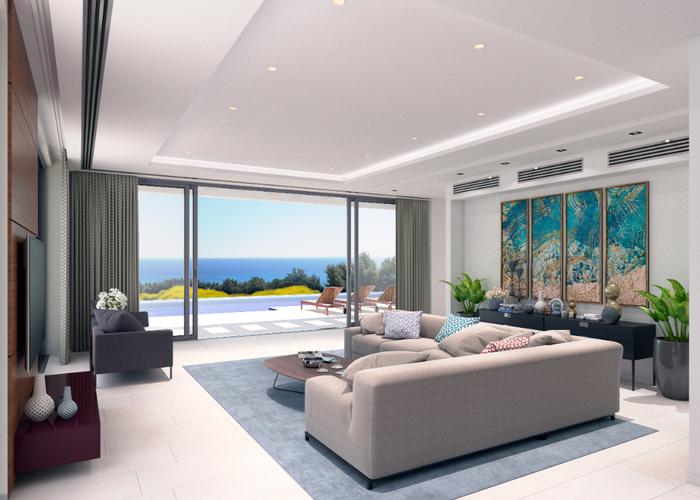 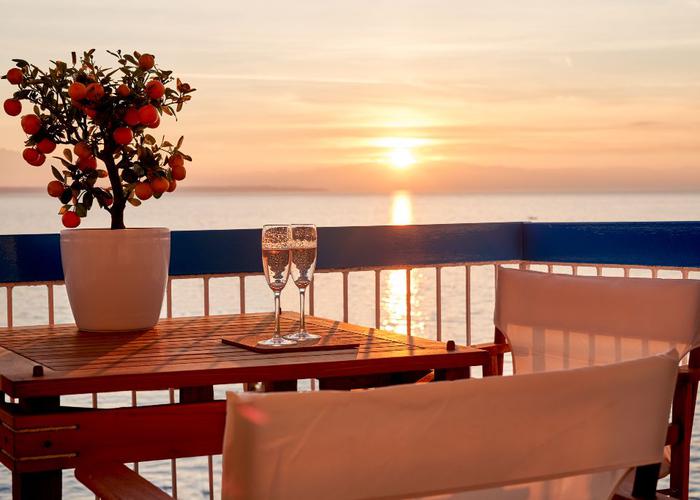 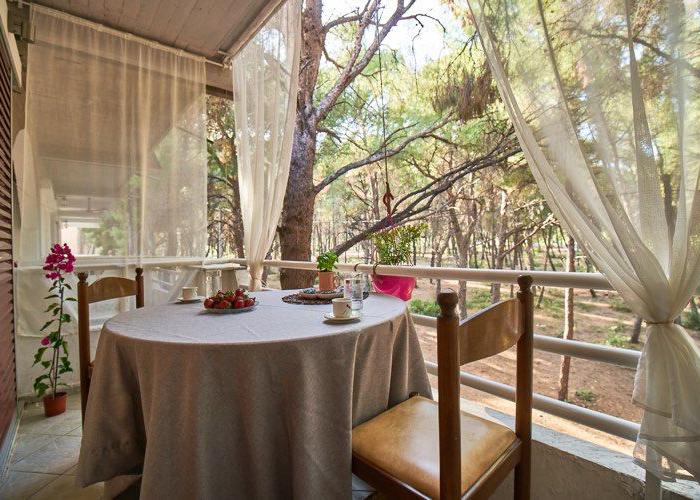 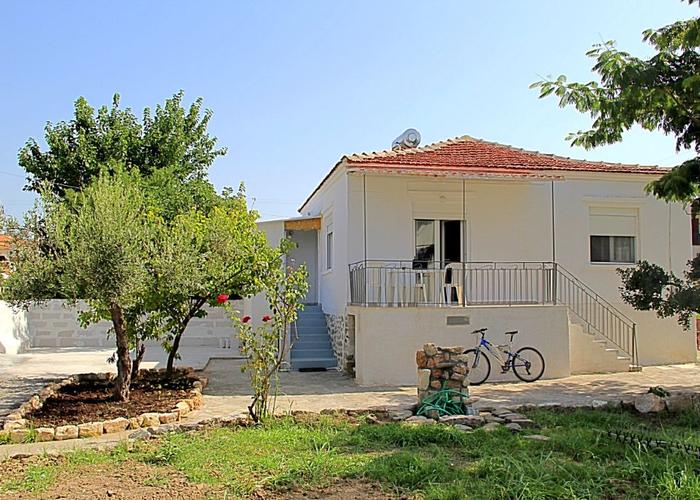 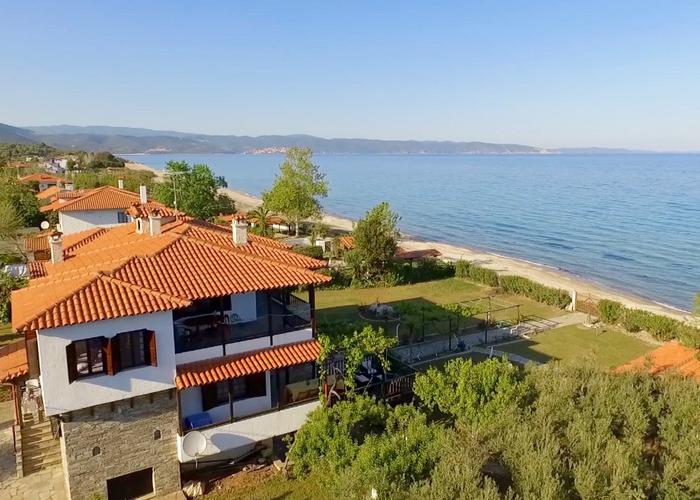 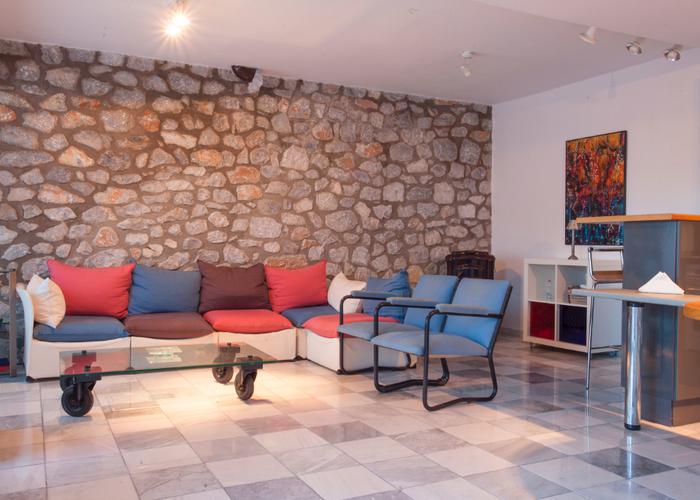 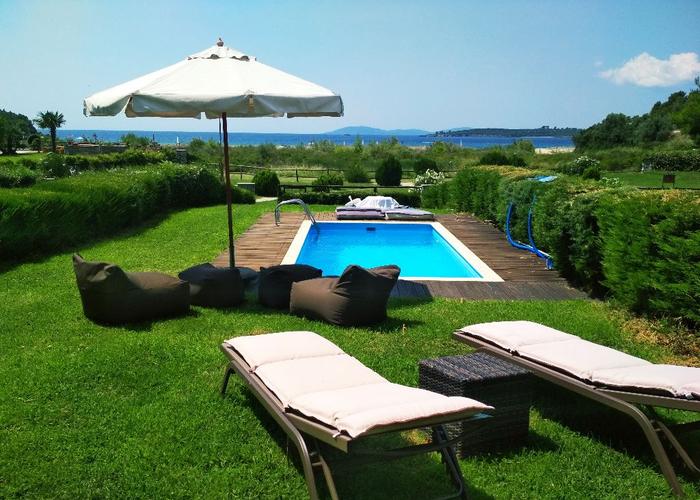 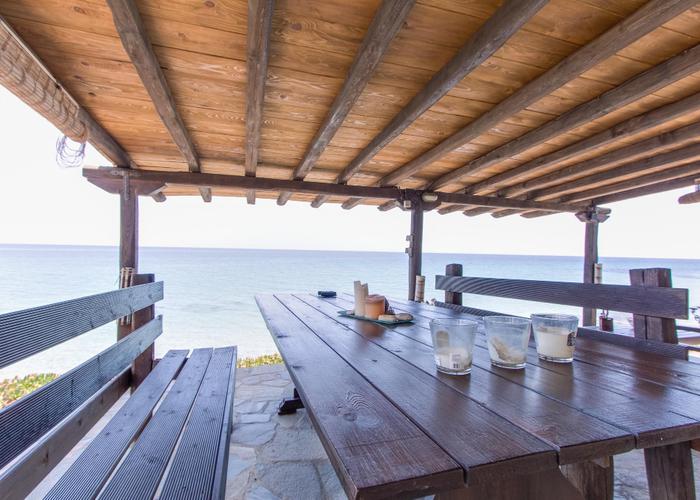 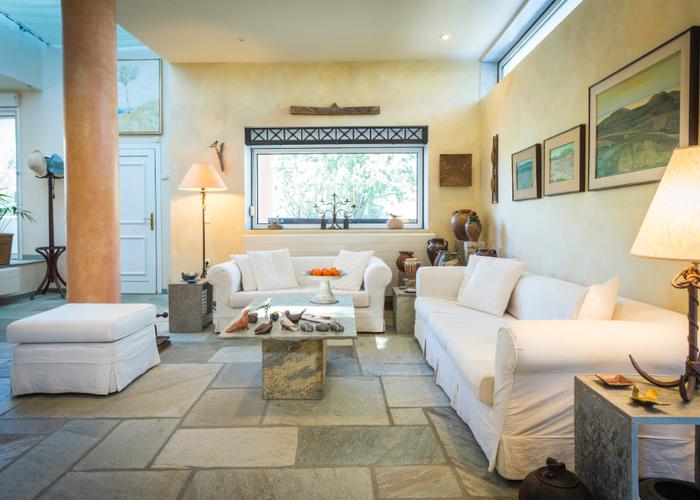