Western Greece is one of the thirteen administrative regions of Greece. Made up of three regional units, Aetolia-Acarnania in Central Greece and Achaea and Elis in the Peloponnese, Western Greece spans the north-western part of the Peloponnese peninsula and a south-western chunk of mainland Greece. The two distinct areas are connected via the Rio-Antririo Bridge.

The capital of the mainland Aetolia-Acarnania region is the rather small town of Missolonghi while the largest city is Agrinio. Patras in Achaea is the largest city in Western Greece with more than 213,000 residents while the pretty town of Nafpaktos draws in the tourists. Olympia, site of the ancient Olympic Games and still the location of the ritual of lighting the torch before the modern games can begin, is located in Western Greece.

The region of Achaia in northern Peloponnese owes its name to the Achaeans, an Indo-European tribe of migrants to established the powerful Ancient Mycenean civilisation. When Dorians took over Greece in the 8th century, the Myceneans were forced to flee to the northwest corner of Peloponesse where they founded 12 cities.

During the Roman occupation of Greece, Achaia became a significant port and Emperor Augustus built a roman colony in Patras. Patras soon became one of the first Christian communities in Europe. Patras continued to prosper throughout the Byzantine era but was captured by Venetian forces in 1408 before being re-captured by the Despotate of Morea who was, at the time in control of the entirety of Peloponesse. Soon the Ottomans came along and added Achaea to their vast empire. The city of Patras became known as Baliabadra. Venetian and Genoan pirate raids became common place in the 15th and 16th centuries but did not threaten Ottoman rule.

Arcania and Aetolia were once autonomous regions and, particularly during the years of Macedonian rule, between 314 BC and the arrival of the Romans were actively at war. The Arcanaians allied themselves with the Macedonians while Aetolia allied themselves with Rome but both regions soon became part of the Roman Empire. When Rome fell both regions ended up under Byzantine rule for a number of centuries before being conquered by the Ottoman Turks in the year 1480.

Both Arcania and Aetolia became a part of Greece in 1832 while the Turks in Achaia held out against Greek forces for a further 6 years, eventually surrendering and allowing Achaia to be incorporated into Greece in 1838. 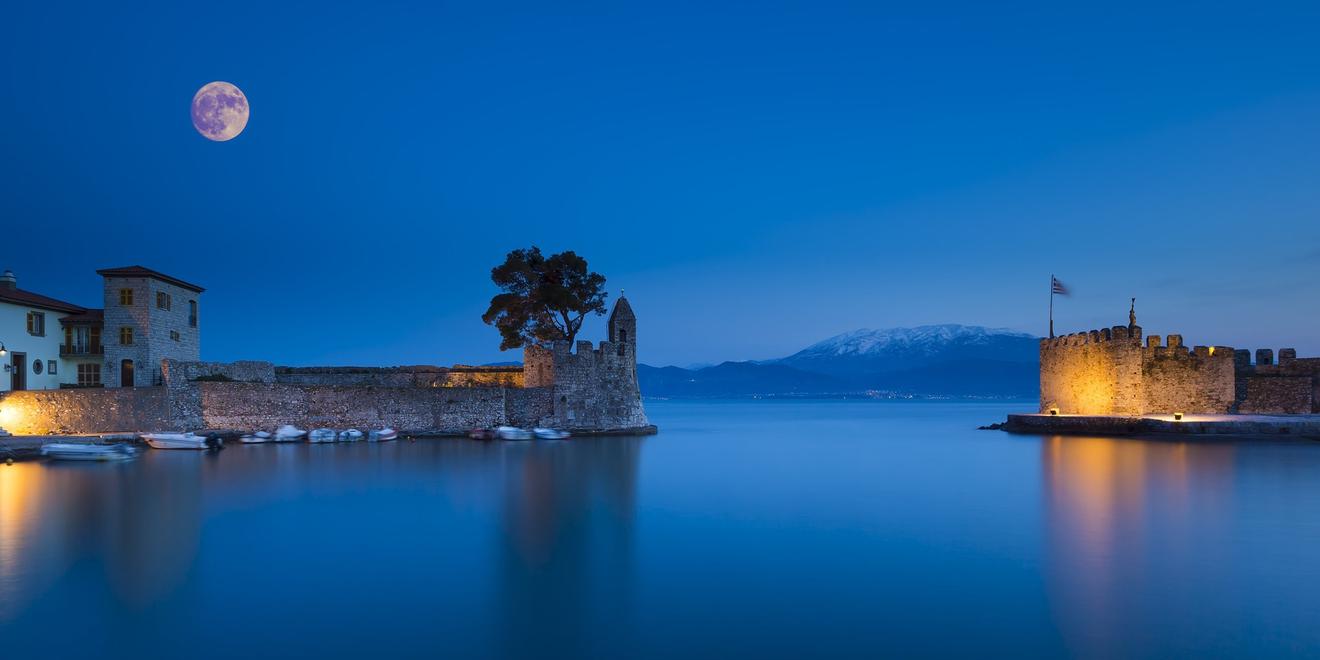 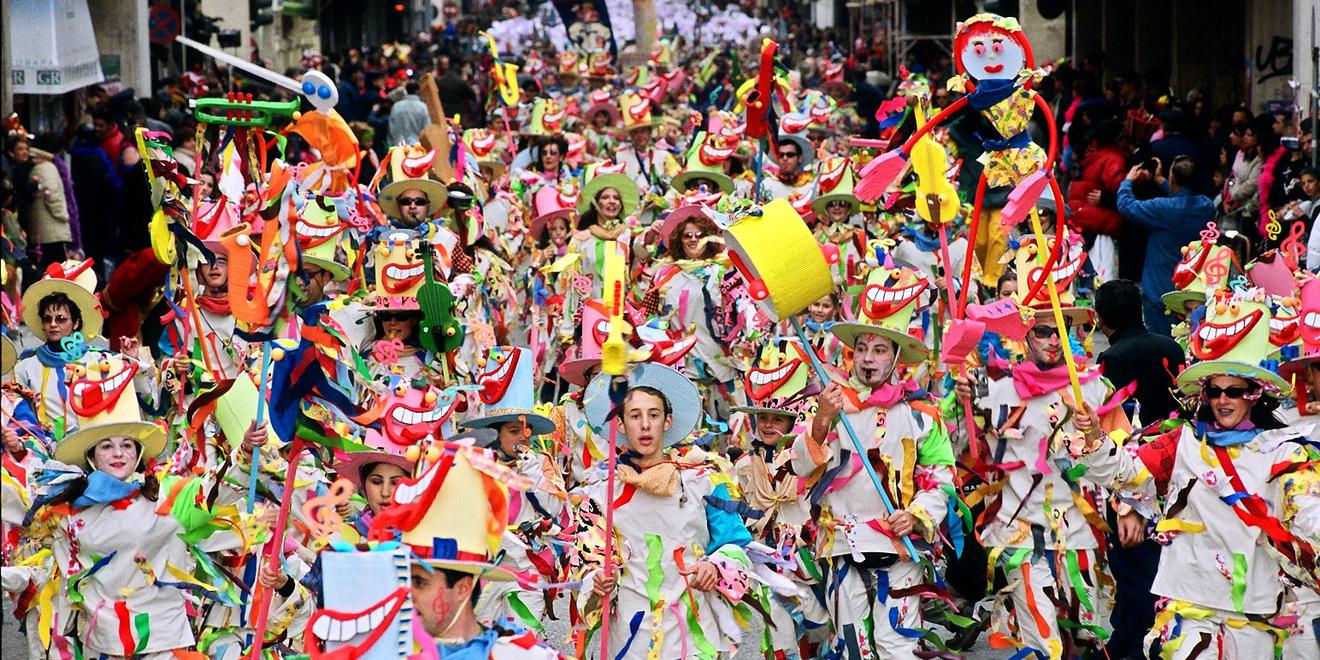 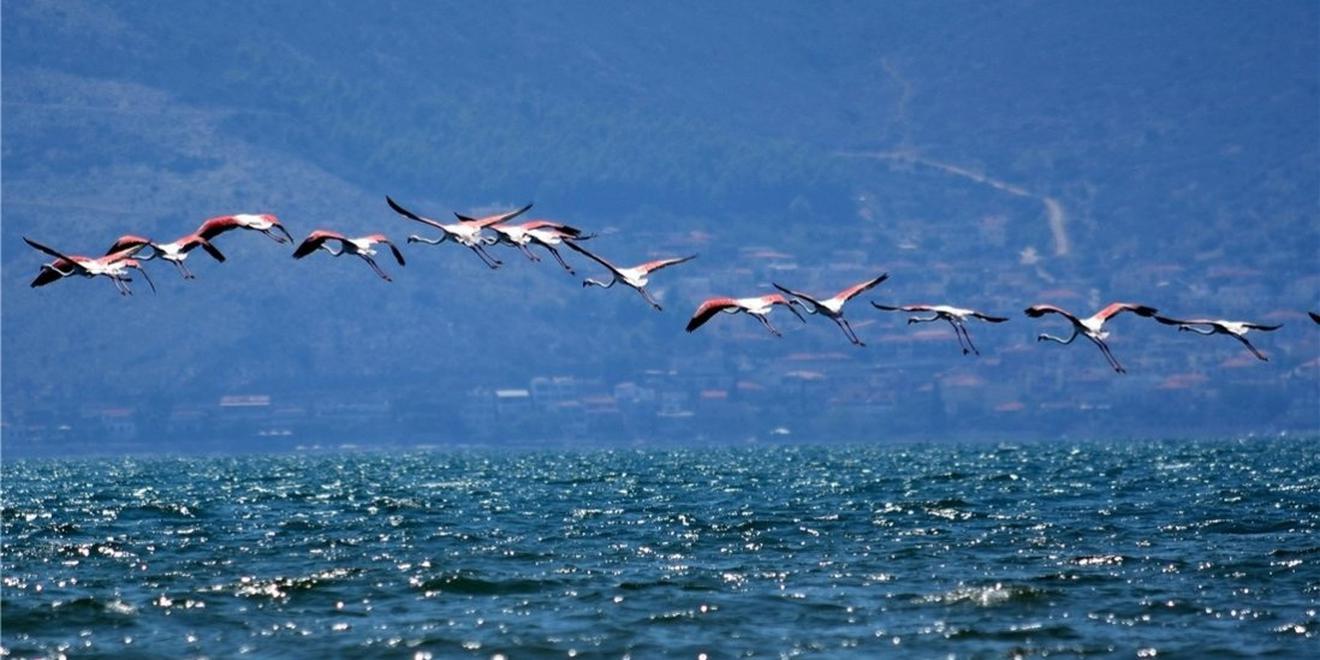 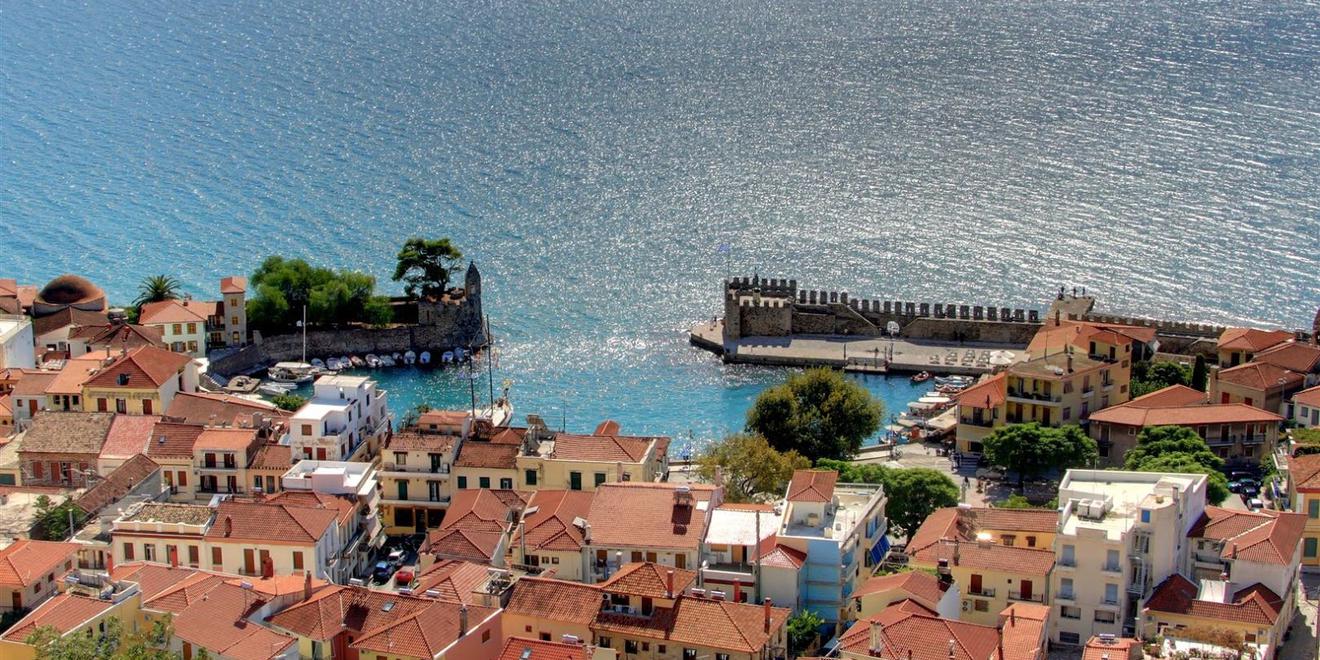 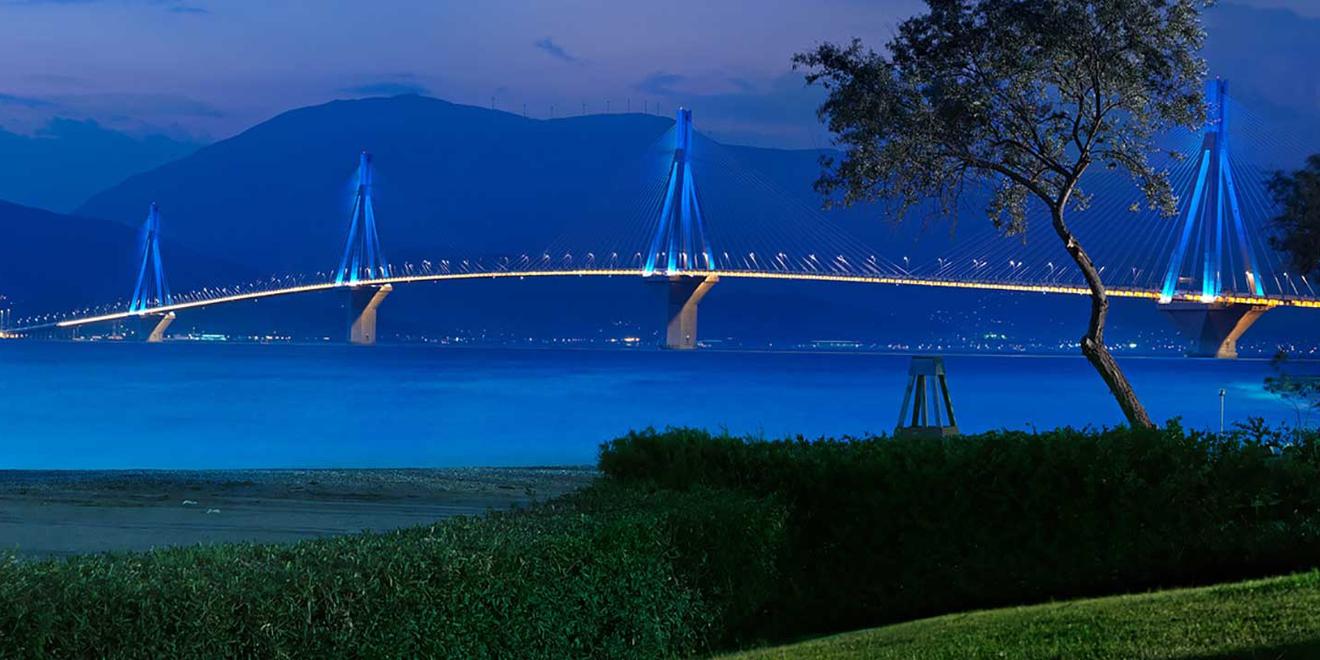 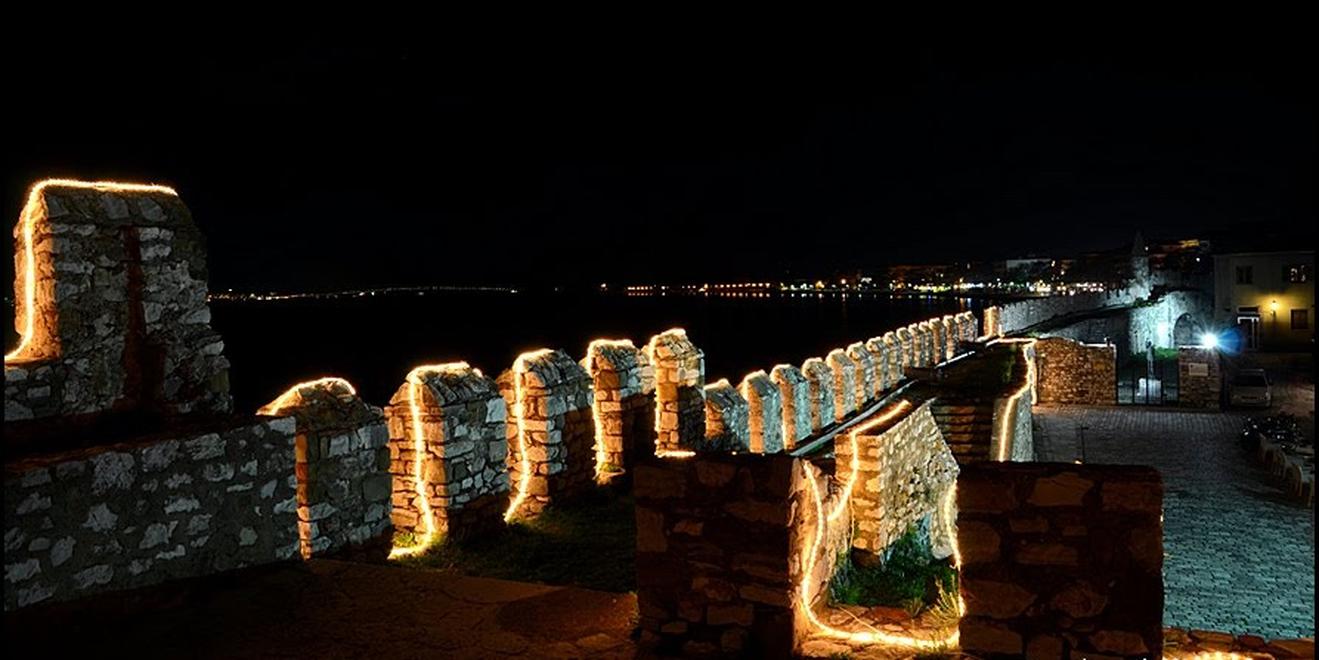 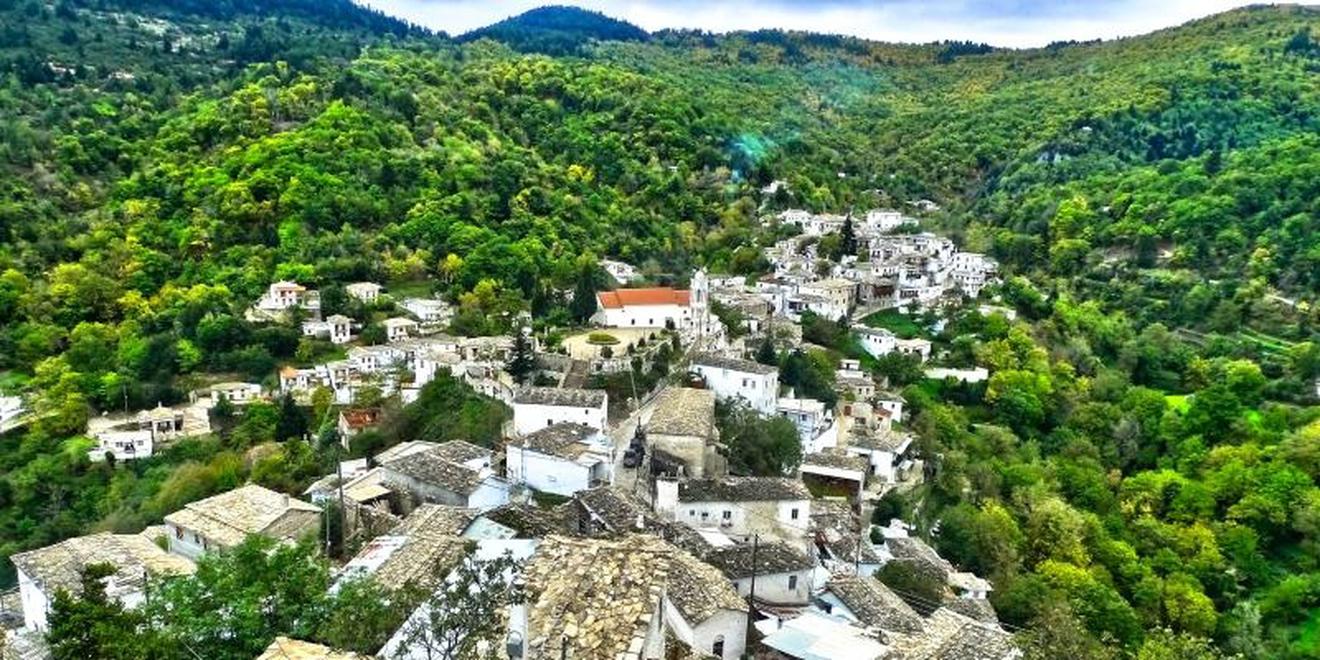 Aetolia-Acarnania is dominated by mountains in the north, west and southeast. The most well-known and often explored of these mountain ranges include the Acarnanian Mountains, the Makrynoros mountains and the Nafpaktia mountains. The Aetolia-Acarnanian region is also home to a number of significant rivers and lakes. Achaea’s terrain is more diverse. The Gulf of Corinth and Gulf of Patras dominate its northern coastline and the south of the region is overshadowed by a number of sizeable mountains including Aroania and Erymanthos. Elis, whose ancient name Vallis means ‘the lowland’ is similar in geography to Achea. Elis’ mountains are just continuations of Acheas and its rivers are fed by those of the Arcadia region further south.

The climate of the Peloponnese area of Western Greece is defined by very hot summers and fairly mild winters. On the coastal areas of these regions the summer months are generally dry and sunny but moving south into the mountains the climate can become cloudy and rainfall is frequent. Winter temperatures rarely drop below 5°C. By contrast, the climate of the more northern mountainous regions of Aetolia-Acarnania tends towards snow and freezing temperatures in the winter. Winters in Erymanthus, Panachaicus and Aroania can be particularly bad.

Nafpaktos in the eastern part of Aetolia-Acarnania is considered one of the most picturesque places in Greece. A small port town, heavily influenced by a period of Venetian rule, Nafpaktos is known for its impressive Venetian castle. Villages surrounding Nafpaktos nestle in hilly forests, through which a network of walkable ravines sprawls.

Nearby Messalonghi town has a flat landscape that is broken up by the magnificent Klisova Lagoon, the largest natural wetland in Greece and a major breeding ground for migrating birds. The Acheloos and Evinos rivers, also located in Aetolia-Acarnania are active enough to host river rafting, kayaking and canoeing.

Located in the primarily agricultural region of Elis, the ancient village of Olympia is the birthplace of the Olympic Games. Although the village is technically man-made, the ruins sit within a landscape of such lush greenery it’s worth visiting for the natural beauty alone. Elis is also home to a number of attractive coastal villages and port towns. The port of Katakolo is convenient to Olympia and Ancient Phea but its location on a headland overlooking the Ionian Sea make it a place of natural beauty in its own right.

To take a break from driving hop aboard the Diakofto-Kalavryta Railway that takes its passengers on a scenic, if nail-biting journey through the Vouraikos Gorge. With the rails clinging to a narrow mountain ledge, passengers can look down at the rapids gushing through the gorge below over the 1 hour trip.

Due to the geographical separation of the north and south regions of Western Greece and major differences in the regions’ historical development, it’s difficult to speak of a Western Greek cuisine. However, this region is known for certain items of local produce that are frequently used in local dishes. Each region of Greece has its own specialty cheeses and in Western Greece those cheese are Amfilohia and Kalavryta feta. Part of the reason Ancient Olympia is so beautiful is that its surrounded by olive groves, from which local people produce exquisite olive oil. Raisins are the major food produce in rural Aigialia and Ilia and Messolonghi is known for its fish roe, which is often used as a condiment.

Western Greece is one of the most poorly-connected regions of Greece. A KTEL bus service operates between a few of the major towns in Aetolia-Arcanania including Patras, Nafpaktos and Messalonghi. There are also daily buses connecting Aetolia-Arcanania with Athens. Achaia and Elis are a little more connected with a rail service operating between Patras and Athens each day. Patras is also home to a major port and is Greece’s main port for ferry services to Italy. The Rio-Antririo Bridge connects mainland central Greece with the Peloponnese and to travel easily between these regions it’s best to hire a car.

Patras in Achea is an interesting place to start for anyone looking to buy or rent property in Western Greece. Densely-populated, the lower section of Patras is a slightly-less desirable place to buy than the north while the coastal areas are in need of regeneration. The region’s beaches and ski hubs more than make up for slightly shabby neighborhoods. Elis is largely rural so if you want to buy or rent a house or villa in unspoiled countryside, Elis could fit the bill. Aetolia-Acarnania’s Nafpaktos is both picturesque and practical and has a number of residential developments along its coastline. Those who prefer a larger city might look to buy or rent a house in the capital city of Messolonghi where it shouldn’t be too hard to find a good deal. 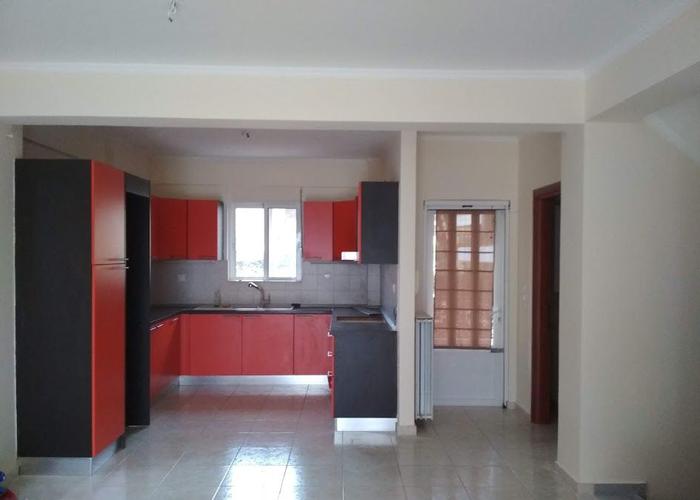 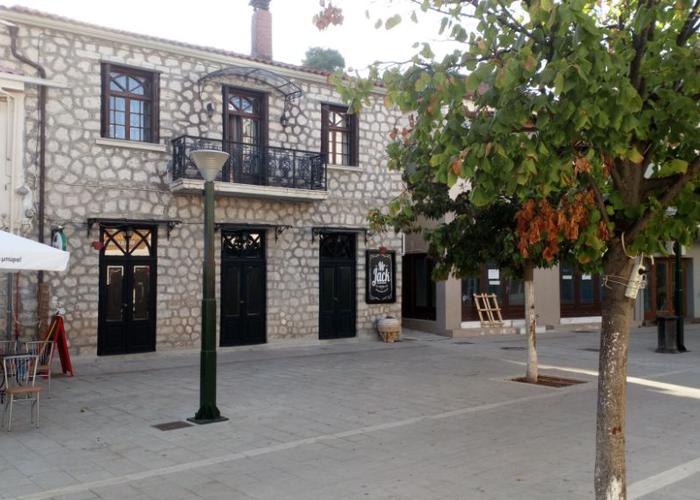 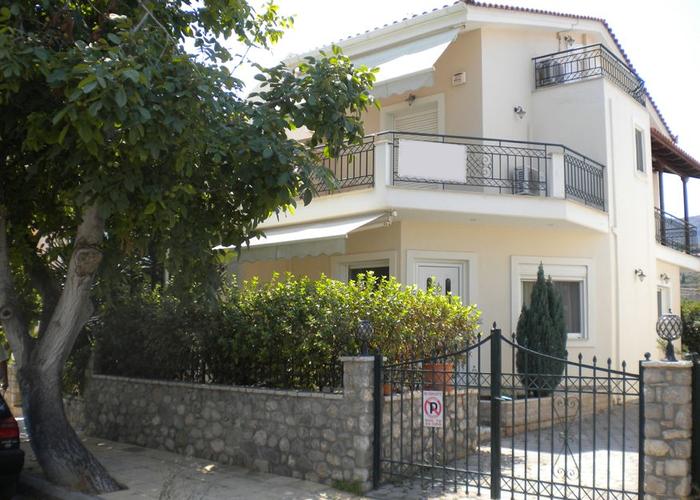 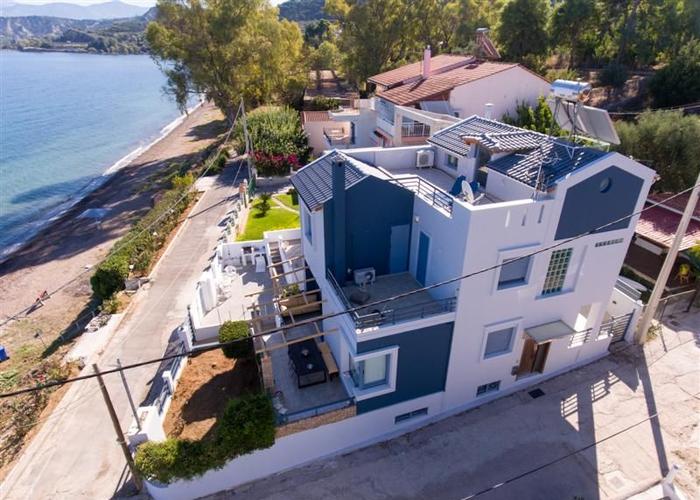 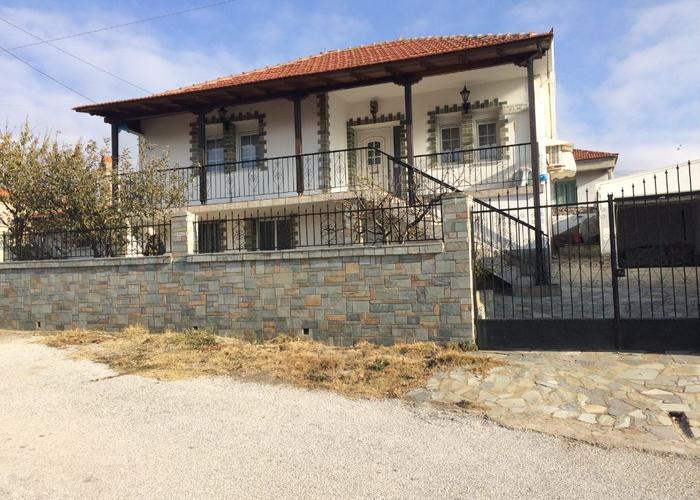 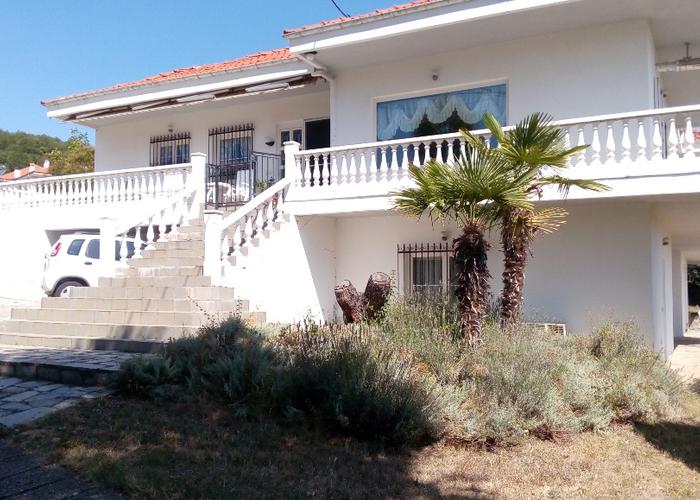 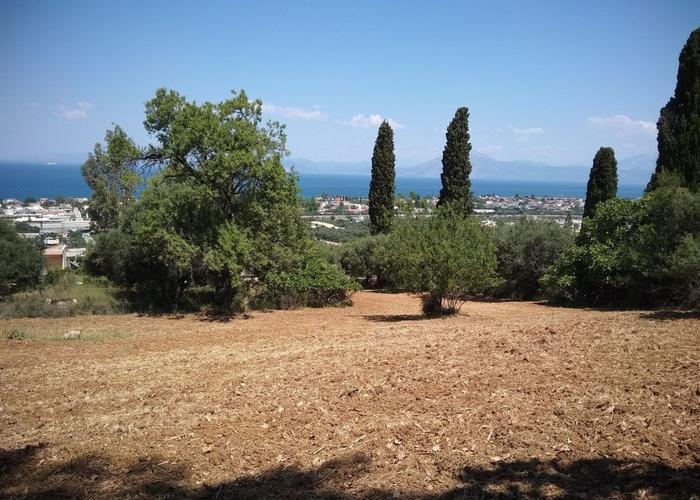