The expansive region of Western Macedonia is home to sites of spectacular beauty. There are 11 NATURA protected areas in Western Macedonia, two National Parks, eight lakes, rivers, valleys and a number of significant archaeological and geological sites.

Archaeologists have found evidence of human life in Western Macedonia dating back to the Neolithic period. Servia, Kozani is home to the remains of an important Neolithic settlement as is Dispilio in Kastoria. In the 3rd century BC, the modern-day provinces of Western Greece were incorporated into the Kingdom of Macedonia and subjugated by King Philip II. The cultured and prosperous kingdoms of Aeani, Eordaea and Orestida in Kozani in particular influenced Philip’s son, Alexander the Great, who spread the Greek language and way of life across the Macedonian Empire.

When the Macedonian empire fell and the Roman empire took over the principles of Alexander’s Hellenistic society remained. The next major shift in Western Macedonia came about in the 4th century AD when the Greek-speaking Byzantium Empire emerged. Byzantine Emperor Justinian fortified the regions of Kozani and Kastoria and Grevena flourished into a military and commercial centre, thanks to the Via Egnatia road left behind by the Romans. Nevertheless, the 10th century brought repeated attacks from hopeful Bulgarian, Norman and Frankish invaders.

In the 14th century, Western Macedonia was taken over by the Ottoman Turks. The Turks both encouraged the region to thrive economically and unleashed centuries of persecution on Western Macedonians by distinguishing citizens based on religion. With the Byzantine Empire long destroyed, the Muslim population dominated the Christian population and were guilty of a number of atrocities. By the 19th century revolution was in the air and parts of Western Macedonia were active in the Greek War of Independence of 1821 and the Macedonian Fight against the Bulgarians (1904-1908). Western Macedonia was liberated and returned to the Greek nation in 1912. 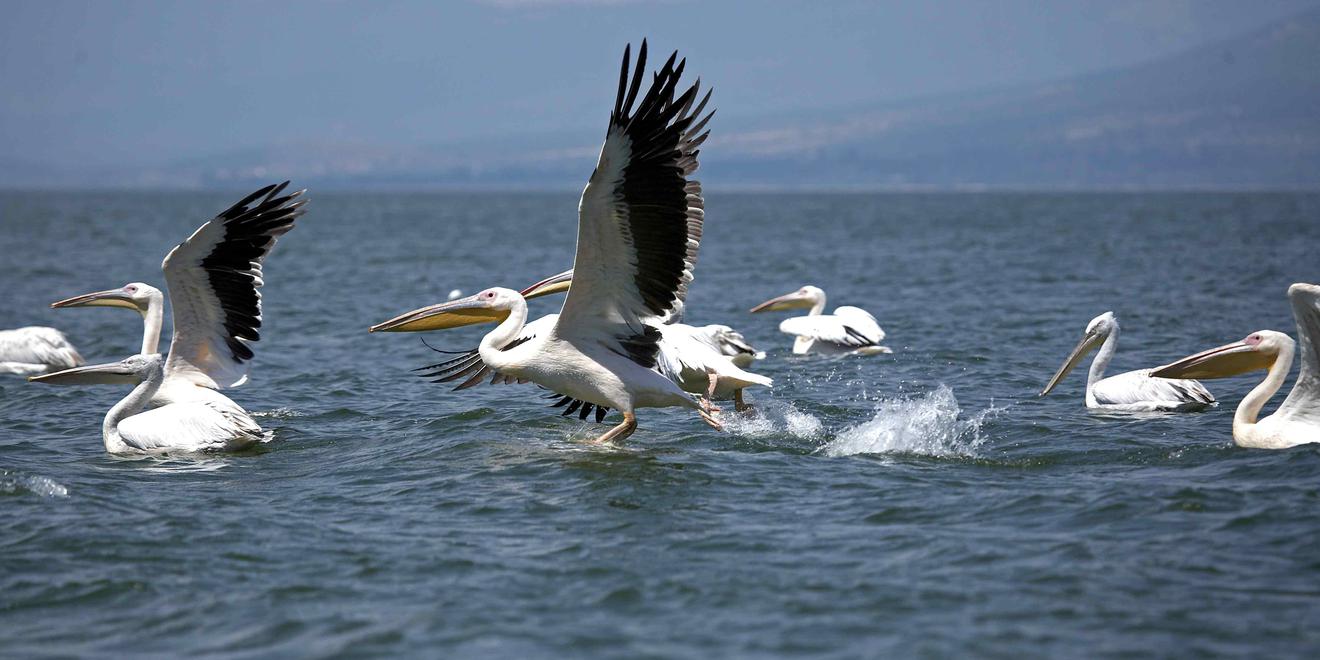 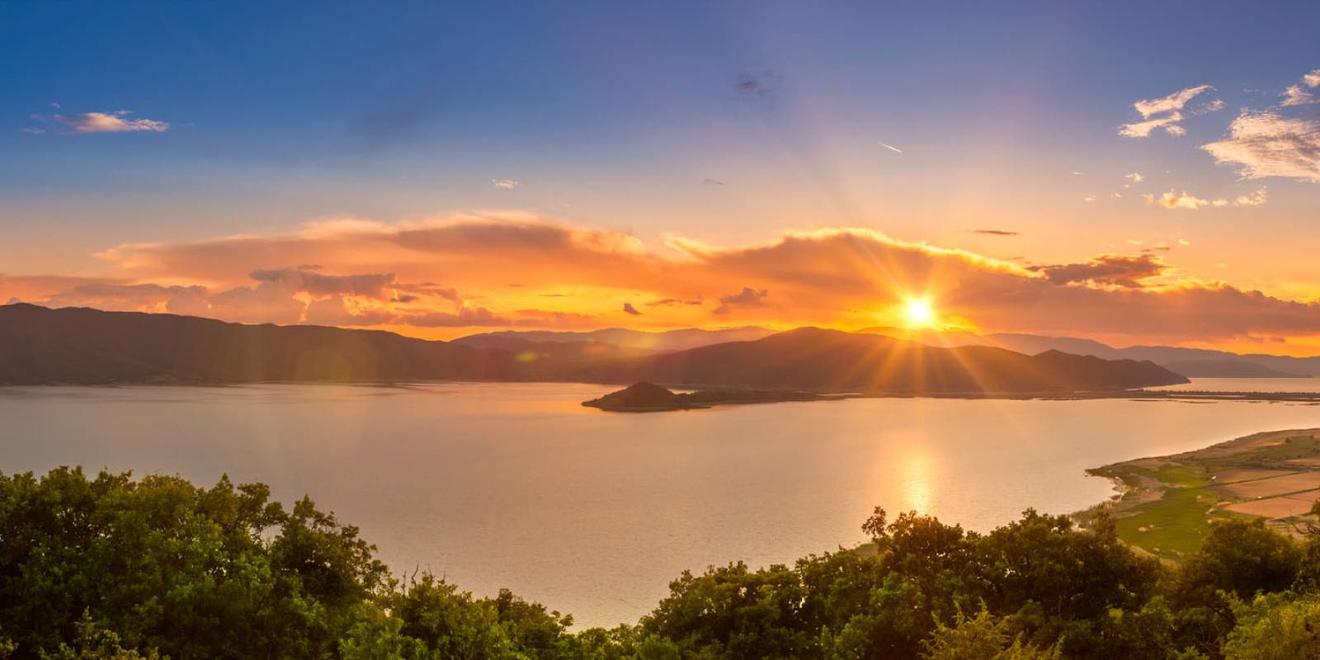 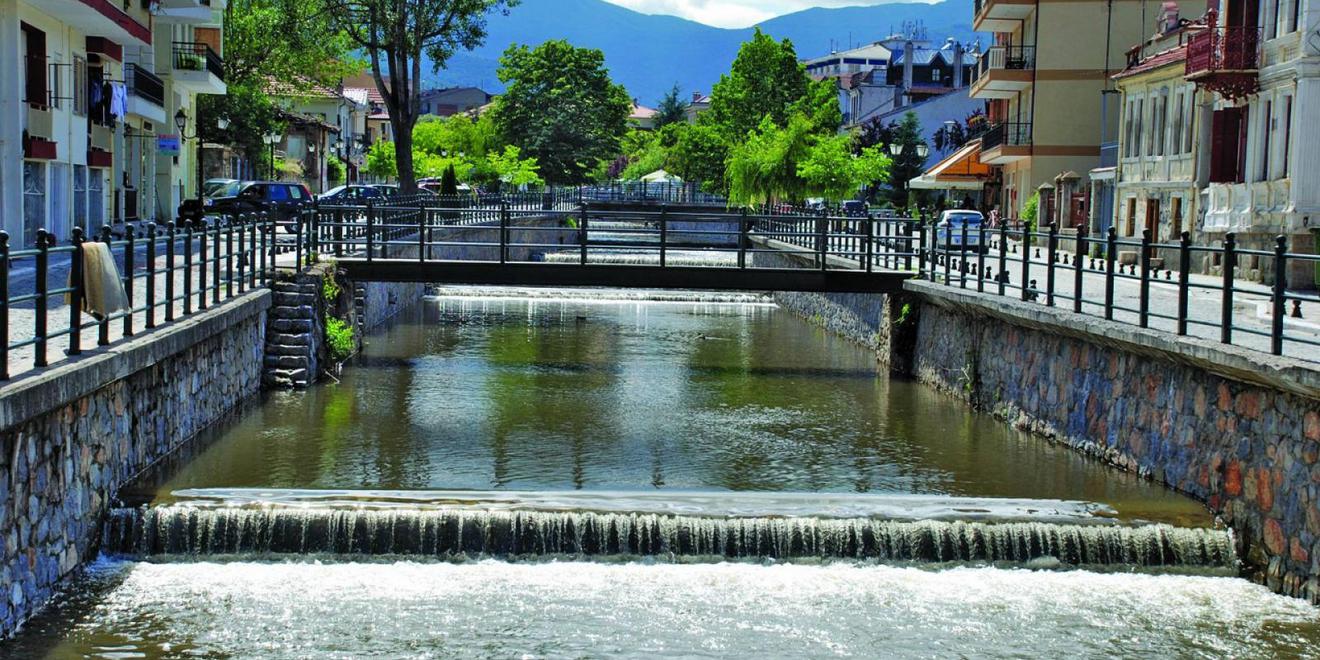 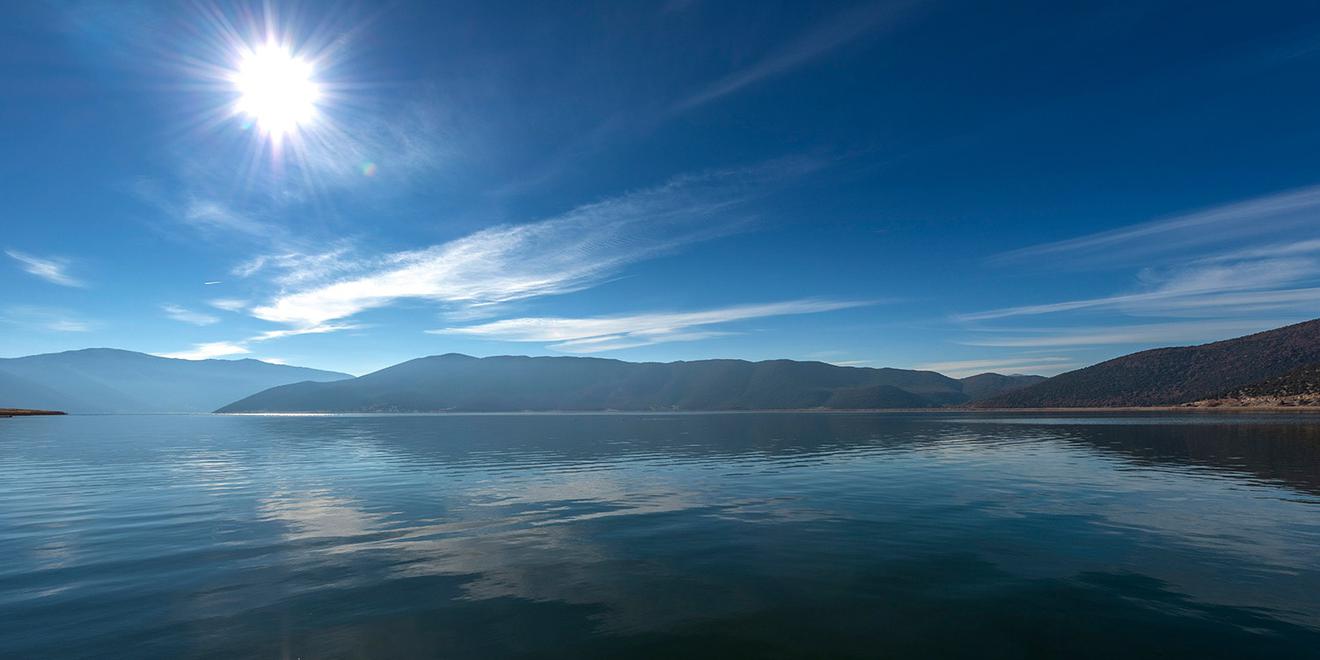 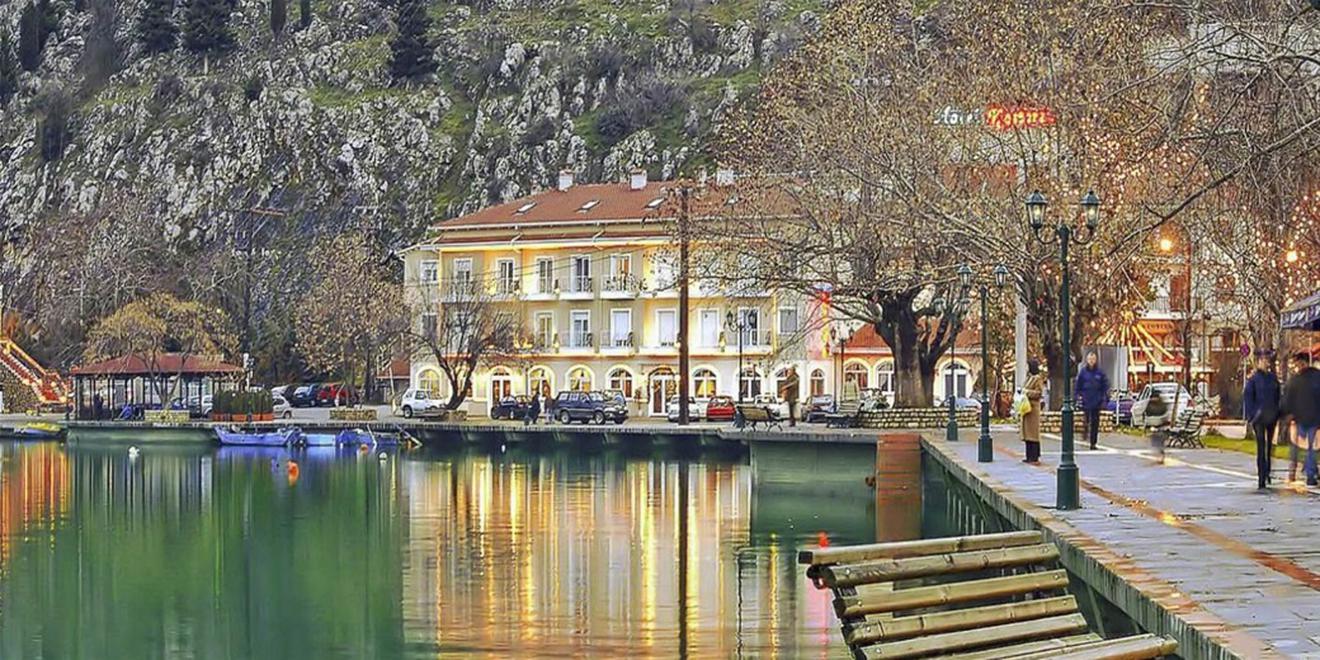 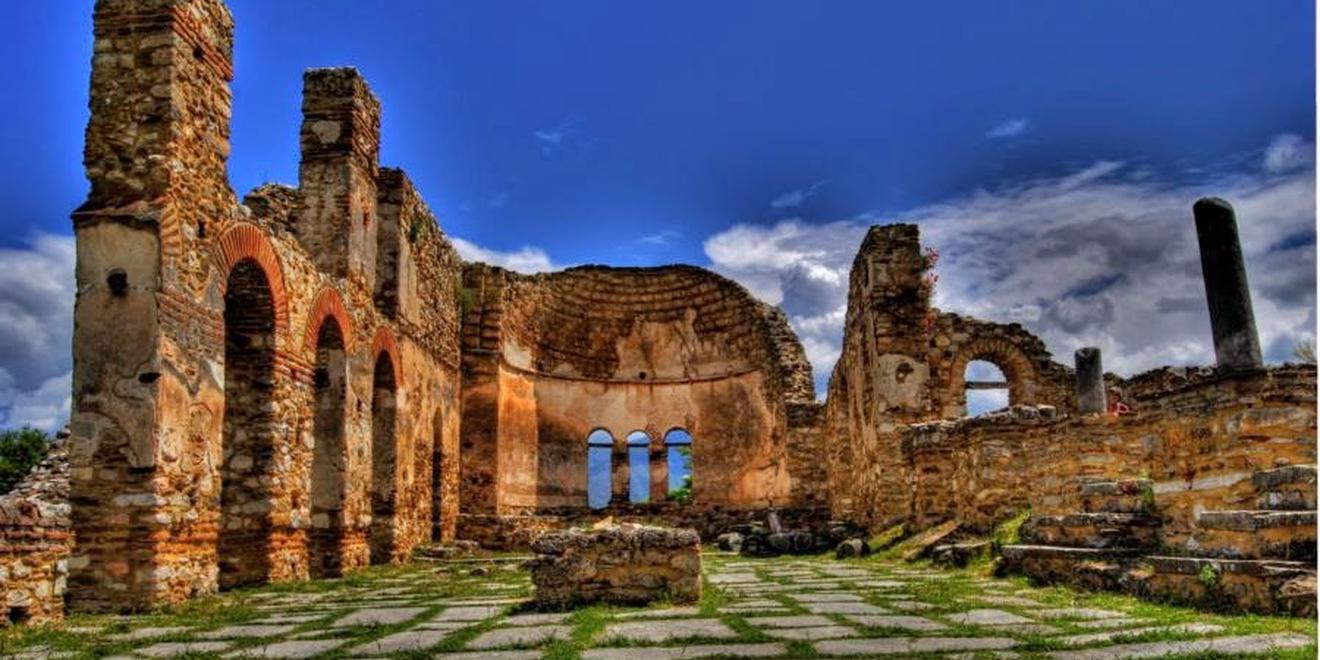 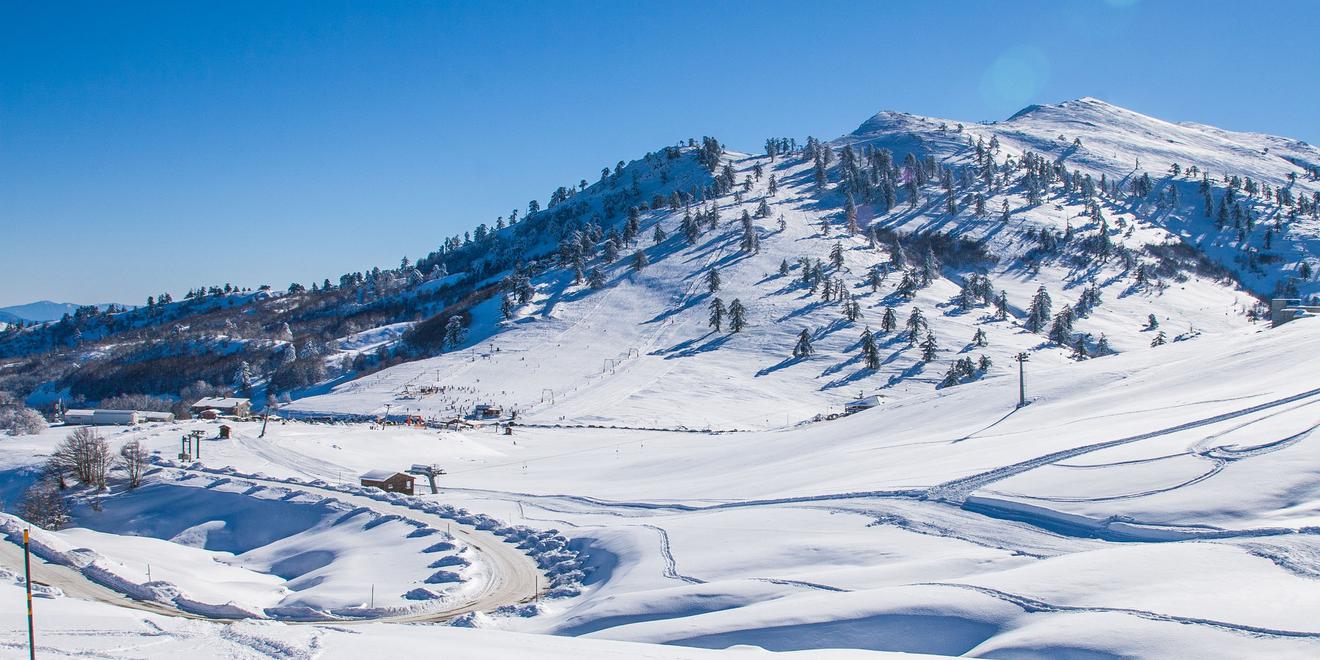 The high altitude of this region combined with its inland geographical position means its summer climate is milder than the rest of Greece although its winter is harsher. Western Macedonia experiences frequent snowfalls during the winter months but it does see less rain than other parts of Greece, particularly its southern islands.

Florina’s Megali Prespa and Mikri Prespa lakes are the highest tectonic lakes in the Balkans at an altitude of 850 metres above sea level and thought to be around a million years old. The shores of the lakes are still wild and protected as part of a National Park so its not uncommon to see bears, wolves, wild pigs and rare breeds of bird at the Prespas. In the winter, Florina’s Vigla-Pissoderi ski range is popular. Nestled between the Varnous and Verno mountains ranges, the area is beautiful when covered with snow and the nearby village of Nymphaio is worth a visit.

The vast Pintos Mountan range dominates Kastoria and offers great mountain-climbing for those so inclined. In the village of Dispilio, budding archeologists can find a Neolithic dwelling and cave while in Nestoria you can walk through a 20 million year old fossil forest. Crystal-clear Lake Orestiádha is Kastoria’s gem and boasts 9km of outdoor hiking and biking trails.

Kozani also has fascinating areas of fossil activity around Perdikkas, where the skeletons of prehistoric animals have been uncovered. The town of Grevena is buiilt onto the banks of the Gravenites river and is dominated on all sides by evergreen meadows and forests. The mountainous terrain of Grevena offers a number of interesting cave formations in the village of Deskati and nearby the village of Zakas.

The cuisine of Western Macedonia is similar to the food prepared and eaten here during ancient times. Lamb is a popular meat and pork and goat also feature heavily in many Western Macedonian dishes. In the regions of Kozani and Kastoria, lamb cooked with quince and Chirino me selino (pork cooked with celery) are two staple dishes. Trahana, a thick soup made from cracked wheat and fermented milk is traditionally eaten here with pork crackling and the region is known for its tyrokafteri, a spicy cheese spread only found in Macedonia. Giaprakia, ground-meat such as pork or lamb, mixed with rice and steamed inside a cabbage leaf is served at Christmas in kozani and tiropita, a filo pastry filled with egg and cheese is popular.

Western Macedonia is fairly isolated from the rest of the Greek mainland. Only two airports, in Kozani and Kastoria, serve the region and offer a small passenger plane service from Athens. The largest airport in Greek Macedonia is the International Airport of Thessaloniki, from which its possible to travel by train, bus or car to the west. The mountainous landscape of Western Macedonia can make it difficult to traverse between villages in different regions. However, the Egnatia motorway crosses the entire region and is crossed by two vertical National Roads which have significantly cut down travel time when moving from one region to the other.

Those looking to buy or rent property in Western Macedonia are often drawn to Florina with its famous ski centre, national park and huge opportunities for property development. Neoclassical houses on the shoreline of the Sakoulevas river draw in buyers from all over the world. In the bustling town of Kastoria, late medieval stone mansions line the cobbled streets and bicycles fill the streets. Cold and very sparsely populated, Grevena is usually avoided by foreign property buyers in Greece but is a zero-pollution region and an interesting place to consider. To buy or rent a house in Western Macedonia’s Kozani region look to the main town for old stone houses with traditional wooden upper storeys. 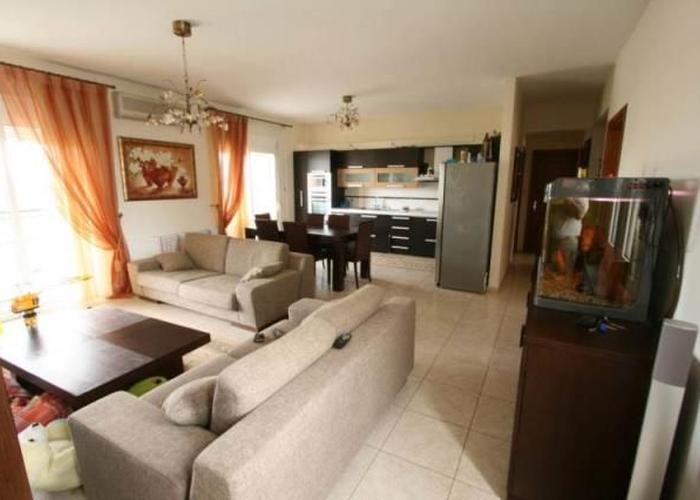