Located the north west of mainland Greece, Epirus is a mountainous region with a long, unspoilt coastline. Epirus is bordered to the north by west Macedonia, to the south by central Greece, to the west by Thessaly and to the east by the Ionian Sea. Isolated from the rest of the country by the dramatic Pindos Mountain range, Epirus largely escapes the kind of tourist footfall other regions experience during summer.

Epiros is notoriously difficult to get to but some truly breath-taking sights await those who make the trek. The 12km long Vikos Gorge – one of the deepest in the world – can be found in Epirus, as can the 46 time-warped villages of Zagorohoria. Epirus is divided into four regions: Arta, Ionnna, Preveza and Thesprotia and has a total population of around 350,000.

The first truly significant event in Epirus’s history was the 1100BC colonisation of the Dorians who left behind three Greek-speaking tribes: the Molosi, the Chaones and the Thesproti. The actions of the kings of Epirus, notably the marriage of a Molossi princess to the Macedonian King Philip II put the region into conflict with Rome. It was an Epirus king, King Pyrrhus, whose costly victory over the Romans at Ausculum around 300 BC brought about the concept of a ‘Pyrrhic victory.’

After the split of the almighty Roman empire, Goths, the Huns and the Bulgarians all invaded Epirus but it was only the Franks who really made their mark. The Byzantine Empire later absorbed Epirus and the region was ruled from Constantinople for many centuries. Epirus later became a place of sanctuary for Byzantine nobles who were escaping persecution by the Turks who occupied the city of Ioannina in 1431.

In economic terms, Epirus’ period of Ottoman rule was a positive one. Craftsmen, sculptors and masons from other parts of Europe brought their skills and culture to Epirus and in turn the people of Epirus formed guilds and shared their unique methods. Zagorohoria and the surrounding villages of Zagori still features a number of innovative mansions, bridges and other structures dating from this time.

The fight for Greek independence was a centuries-long struggle in Epirus. In 1881 Epirus was liberated from the Turks up to Arta but in 1912, northern Epirus was seized by newly-created Albania. When Mussolini invaded in 1940, Epirus stood firm and repelled his forces, creating a stronghold of communist resistance that was able to with stand the Nazis and the right-wing army during the Greek Civil War. 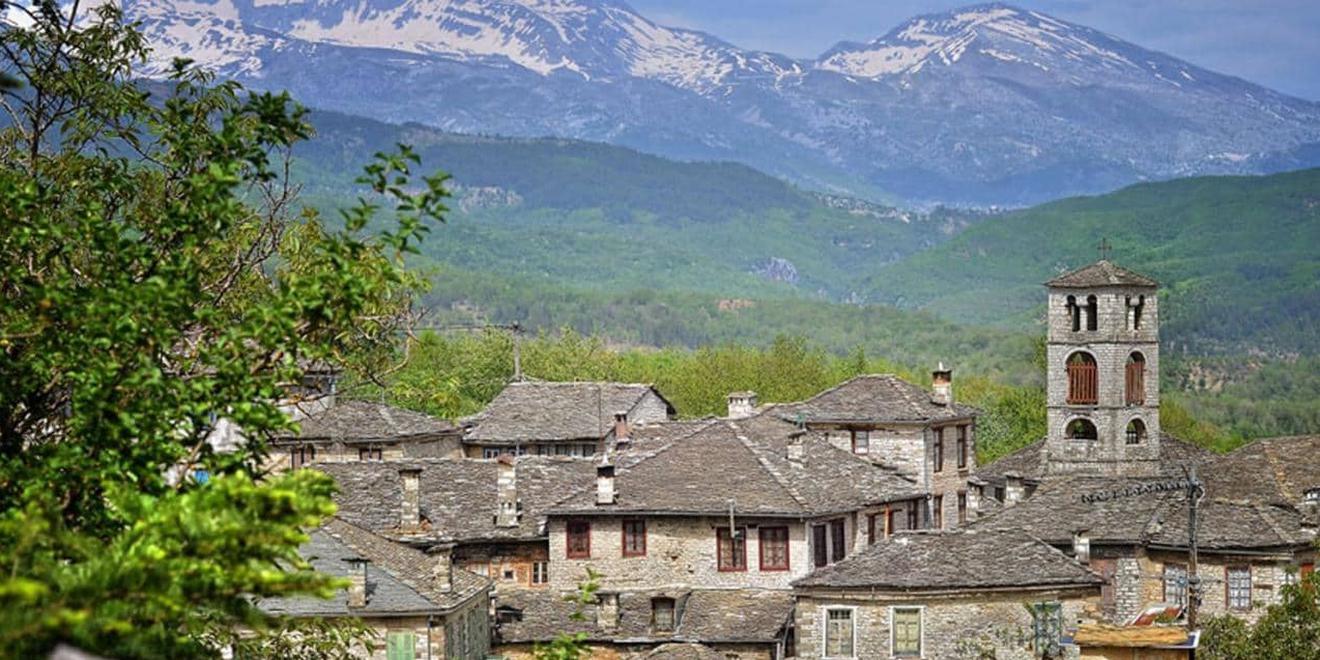 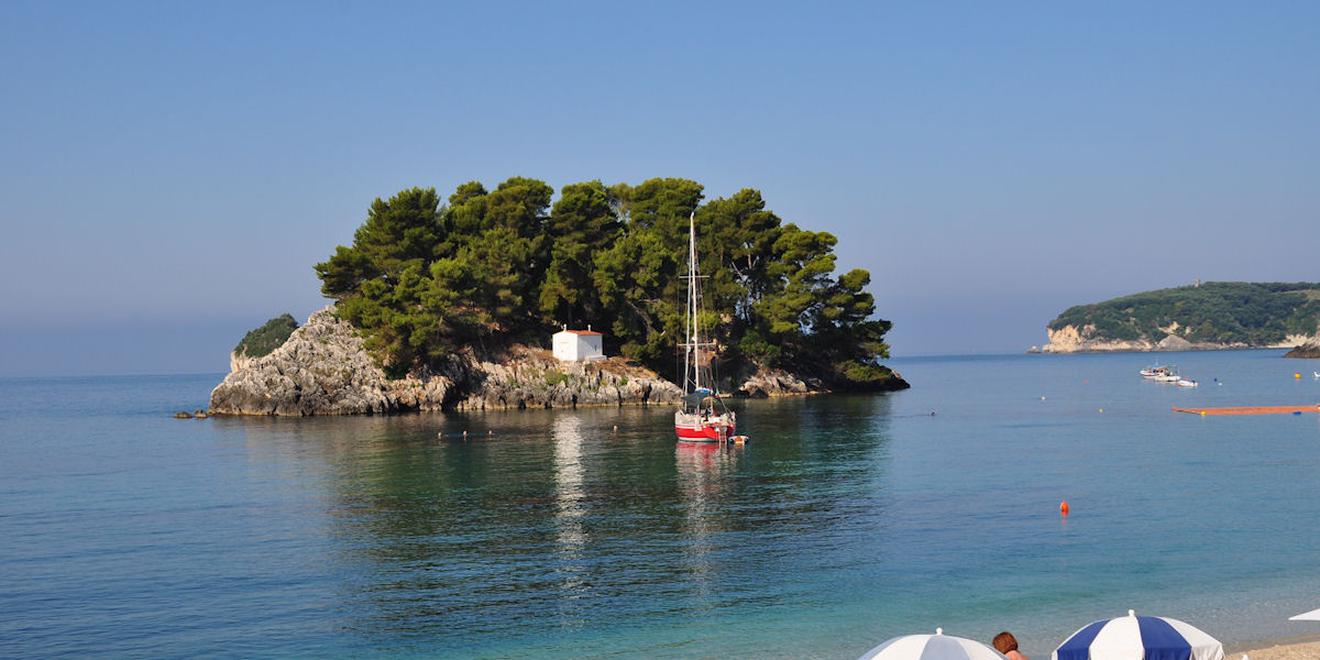 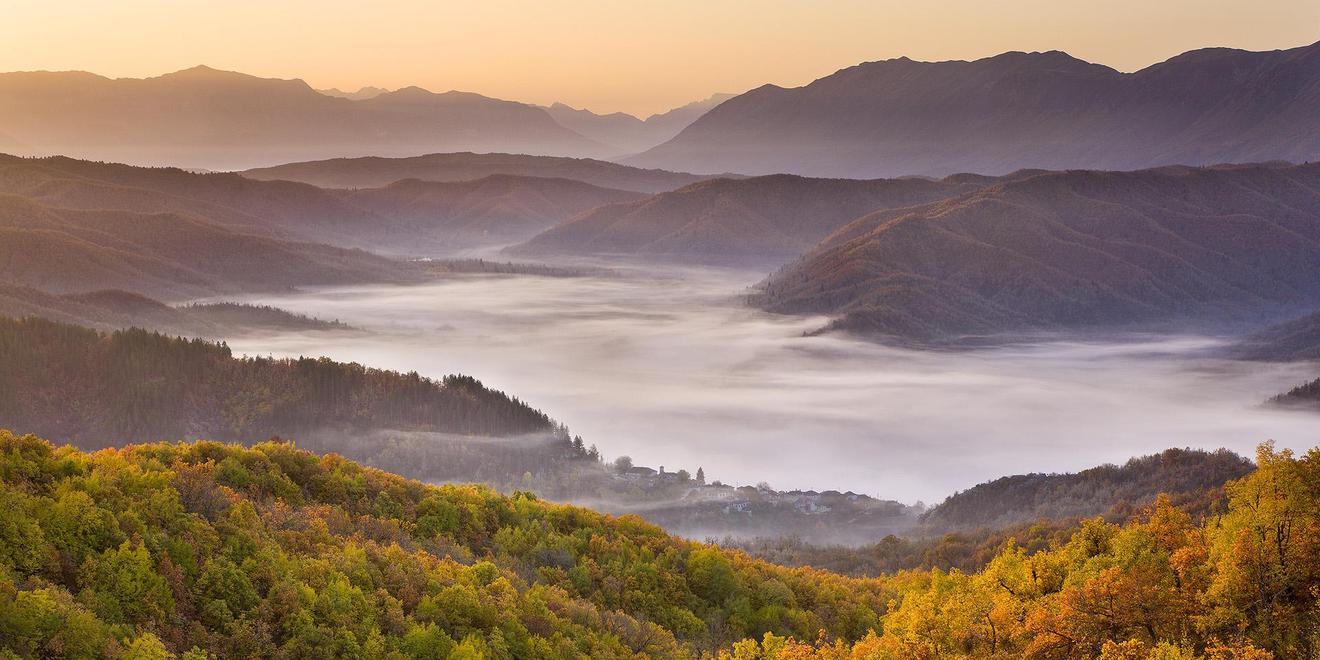 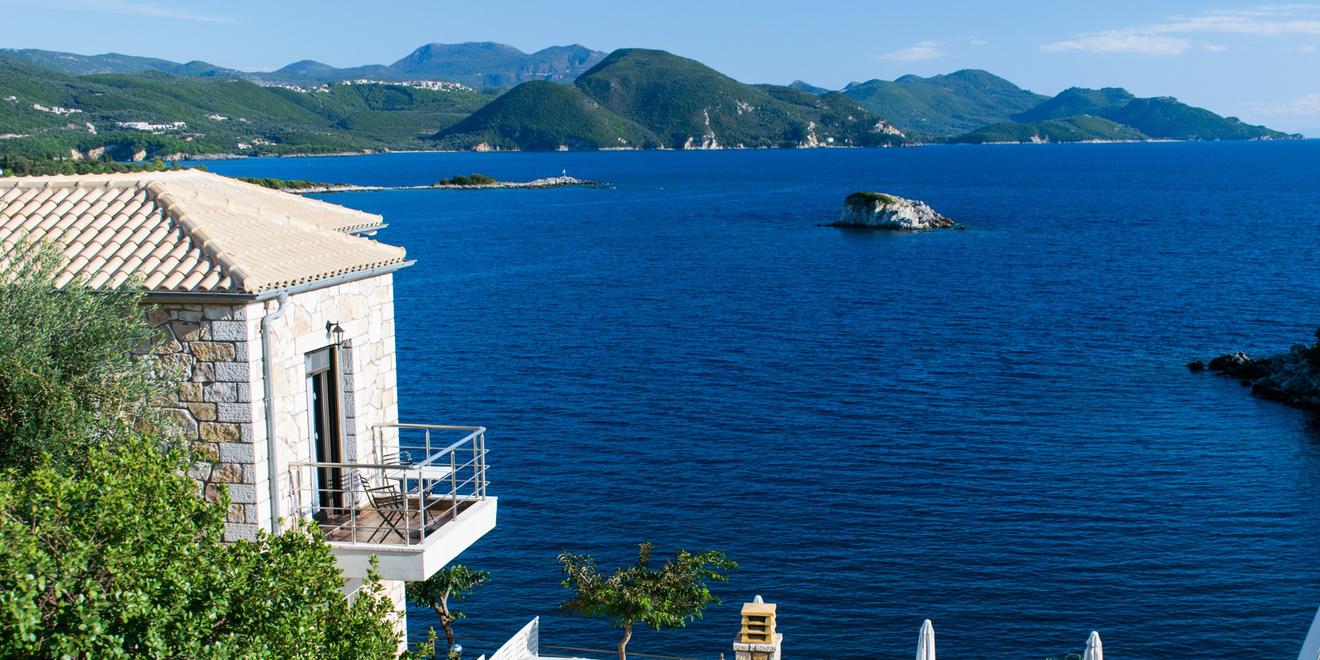 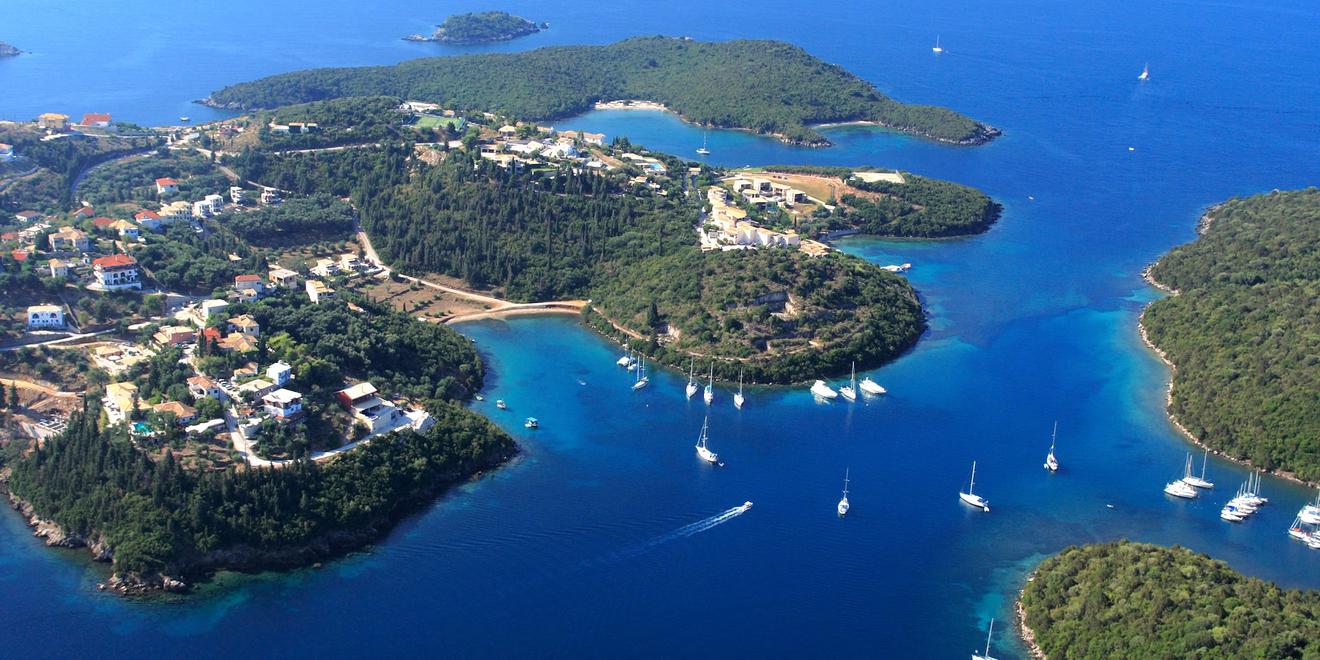 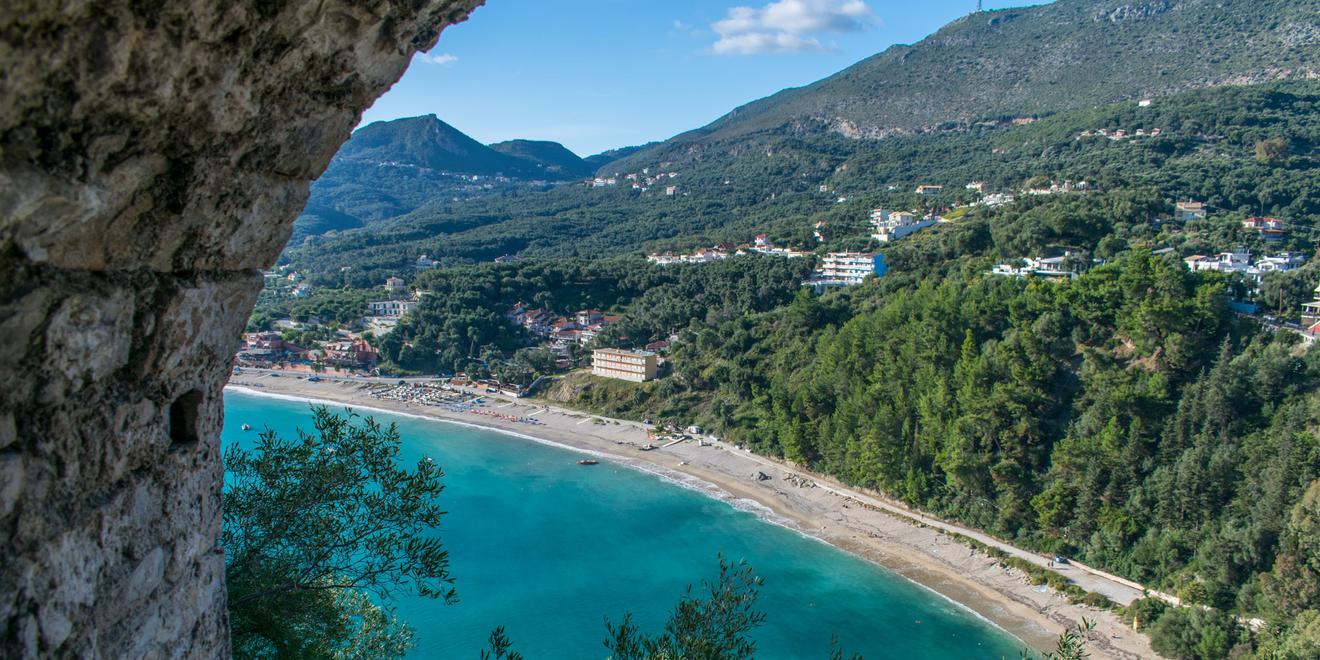 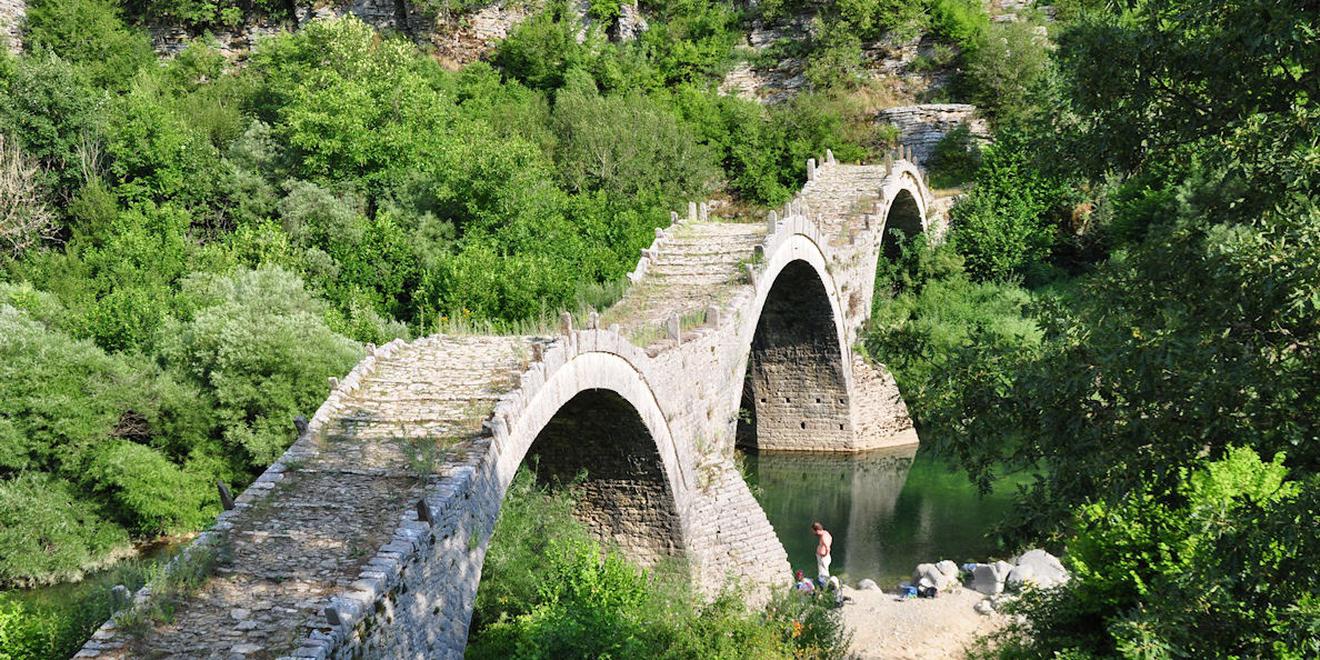 Epirus is fairly isolated in the north-west of Greece and shares a long border with Albania. Rugged and remote, the land is a part of the Dinaric Alps and is made up of treacherous mountain ridges. The highest point in Epirus is the summit of Mount Smolikas that sits at an altitude of 2,637 metres while the lowest point in the 900m deep Vikos Gorge that bisects the magnificent Pindos Mountain range.

The climate of Epirus is largely Alpine. The plains and valleys that break up the mountain ranges experience dazzling bursts of vegetation, helped along by the frequent rainfall and mild spring climate. Epirus has a long Ionian coastline that has a generally moderate, Mediterranean climate but the villages and towns of the interior can experience heavy winters, especially those at higher elevations. Frost and snow are common, as are winter storms.

Epirus is not especially known for its beaches but those who make the trip to this fairly unknown region are rewarded by some of the prettiest Ionian coastline in Greece. The main beach resort in Epirus is in Parga, an amphitheatre-shaped town with a dramatic Venetian fortress over its harbour. Valtos, Lichnos and Sarakiniki beaches are located close to Parga and are known for their sparkling, clear waters. A little further south towards Preveza are Loutsa, Kastrosykia and Ammoudia beaches, all popular spots with locals during summer.

The Pindos Mountain range incorporates two national parks and contains Greece’s second longest Gorge, Vikos Gorge and second highest mountain, Oros Smolikas. The Pindos mountains are home to some surprising wildlife including the rare silver European wolf, the European brown bear, European wild cat, roe deer and wild boar. Most explore the Pindos mountains from any one of the 45 surviving Zagorian villages. Two mountain lakes, confusingly both named Drakolimni, are top sights in the area surrounding Zagoria. The Pindos mountain peaks are snow-covered from October to May and only experienced mountain climbers should venture up their slopes.

The capital city of Epirus, Ioannina has enough natural beauty of its own to boast about. The city has been built up around the western shore of tranquil Lake Pamvotis, which is itself dominated by the isle of Nisi that floats in the north of its waters. Nearby Dodoni was once home to the Oracle of Zeus and the ancient site is only second in status to Ancient Delphi.

Epirus cuisine is defined by local ingredients and local, no-nonsense methods of cooking them. This region lives on the products offered by their livestock, including goat meat, lamb, milk, yogurt and cheese. Milk is an incredibly important ingredient for Epirote people as there are very few olive trees in the mountainous region. Milk is churned to create butter which is used as a replacement for most greek recipes requiring olive oil. Epirus is famous for its hand-made pies. Fillings vary but a few of the most common and delicious varieties include; kimadopita with minced meat; kotopita with chicken; manitaropita with mushroom and chortopita with extra herbs.

As in other regions of Greece, cheese is of great importance in Epirus. Smoked metsovone cheese is consumed across Greece, galotyri is a super-strong cheese made with cow’s milk while anthotyros and vasilotyri are both unsalted, local specialities.

The largest airport in central Greece is Thessaloniki but the Epirus region is served by its own sizeable airport at Ioannina. This airport is home to Aegean airlines but domestic flights tend to be expensive, particularly during peak season. There is no major international or domestic rail line running through Epirus, again the main rail hub is located in Thessaloniki. There is however a major highway linking the main points of interest in Epirus with the rest of central Greece. The road from Kalambaka in Thessaly winds over the Pindos Mountains but if you’re entering via Macedonia you can take the Egnatia Odos highway, which cuts directly through the mountain range in a series of thrilling tunnels. Driving in Epirus is an experience in itself and as buses are infrequent and unreliable you’re best off getting your own wheels.

There are a number of residential areas in Epirus, the villages of Zagorohoria in particular, that are protected from development in order to retain their historic value. However, it may be possible to rent a small house or villa in the village of Papingo. The Epirus architectural style is typified by a two-floor structure, constructed using local materials such as stone and wood. The city of Ioannina is popular with those looking to rent or buy a house in Epirus. Modern Ioannina has property to suit every personality while nearby Kastro old-town, with its ancient walls and gates, lures even the most metropolitan of souls into the past. Coastal towns in the region of Preveza have been fairly aggressively developed in recent years and its now possible to rent or buy villas in Preveza close to large hotel complexes and resorts. 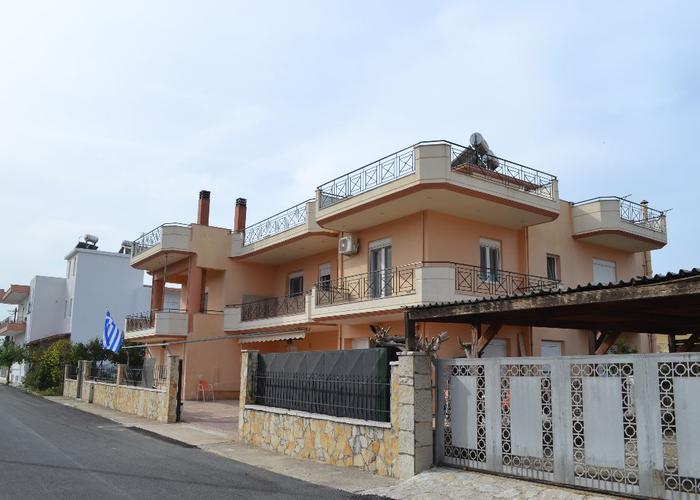 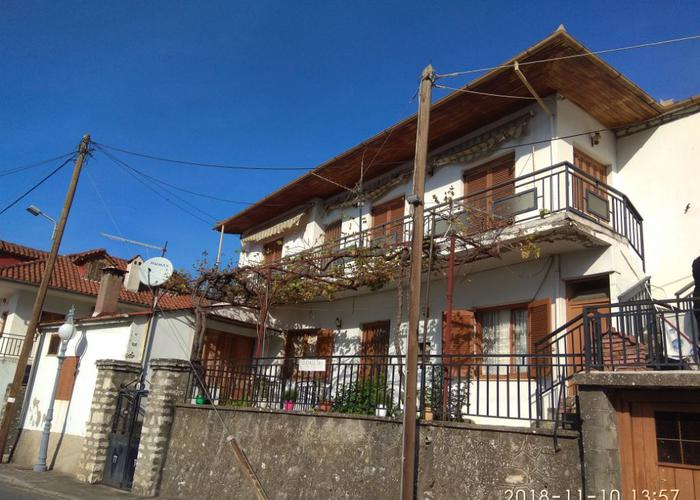 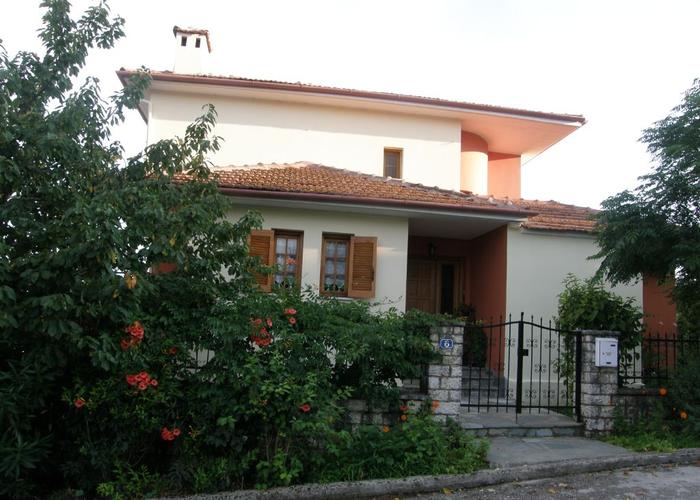 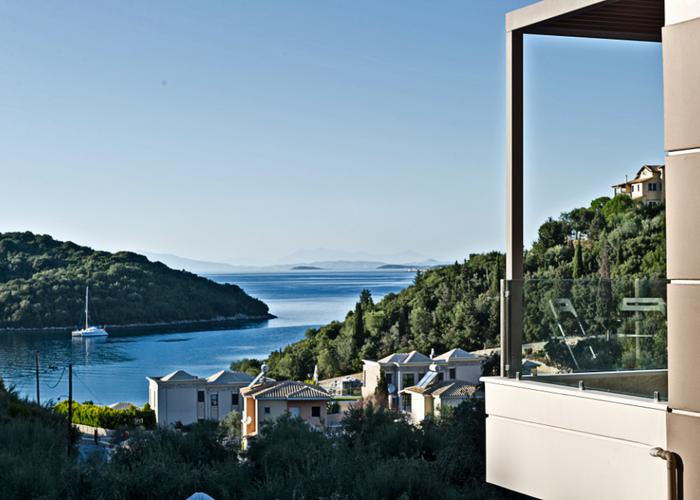