One of Greece’s thirteen administrative regions, Eastern Macedonia and Thrace makes up the most north-eastern portion of mainland Greece. This region includes the islands of Thasos and Samothrace as well as the eastern part of Greek Macedonia and the western part of Thrace.

Split into Macedonian and Thracian territories, Eastern Macedonia and Thrace is home to the majority of Greece’s Muslim population. The presence of Muslim people in this area links directly back to Ottoman rule and many local people are directly descended from this invading force.

The largest five cities in the region are Alexandroupoli, Drama Kavala, Xanthi and Komotini, which is also the region’s capital. Despite being one of Greece’s most unique and dramatic regions, Thrace and East Macedonia and rarely visited by tourists.

The ancient people of Thrace both influenced and were influenced by the ancient Greeks. Powerful Greek city-states competed to colonise the Thracian and Eastern Macedonian coastline in ancient times but were soon forced to turn their attention to the more destructive force of the Persians.

Philip II of Macedonia took control of this region in 346 BC but after the Roman conquest it became a part of the Roman Empire. The iconic via Egnatia passes through western Thrace, revealing the region’s strategic importance to Rome as a route to move trade and soldiers. Unfortunately, Barbarian tribes were also able to use this road and attacked Thrace via land and sea, weakening the Roman Empire. The Byzantine Empire absorbed Eastern Macedonia and Thrace into its epic territory following the fall of Rome and kept control of it until the 14th century, when the Ottoman Empire conquered most of the region. Due to the relentless marauding of Hun, Goth, Vandal, Bulgar and Cuman tribes very little pre-Ottoman architecture and few sites of Byzantine religious significance survive in this area.

The late 19th and early 20th century was a turbulent time in Thrace. Thrace was caught up in the 1877 Russo-Turkish war, the 1912-1913 Balkan Wars and the First World War. Up until these conflicts the population of Thrace was mixed with a number of Turks, Bulgarians and Greeks making up the majority and smaller numbers of Armenian, Romani and Jewish people also living across the region. But during the Balkan Wars and First World War, Bulgaria, Greece and Turkey each attempted to ethnically homogenize the areas of Thrace they controlled. As a result, western Thrace forced many Bulgarian and other minority people out of the west of Thrace and into the east. This forced migration greatly affected the demographic make-up of the region.

Memories from Eastern Macedonia and Thrace 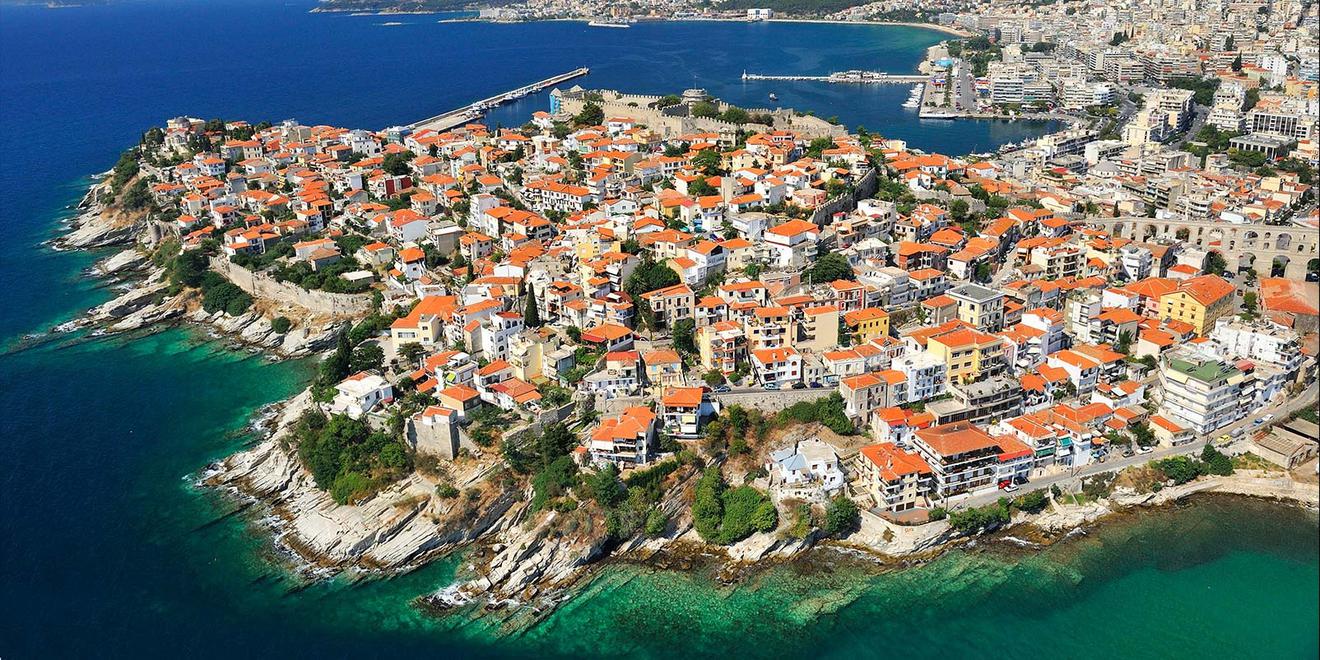 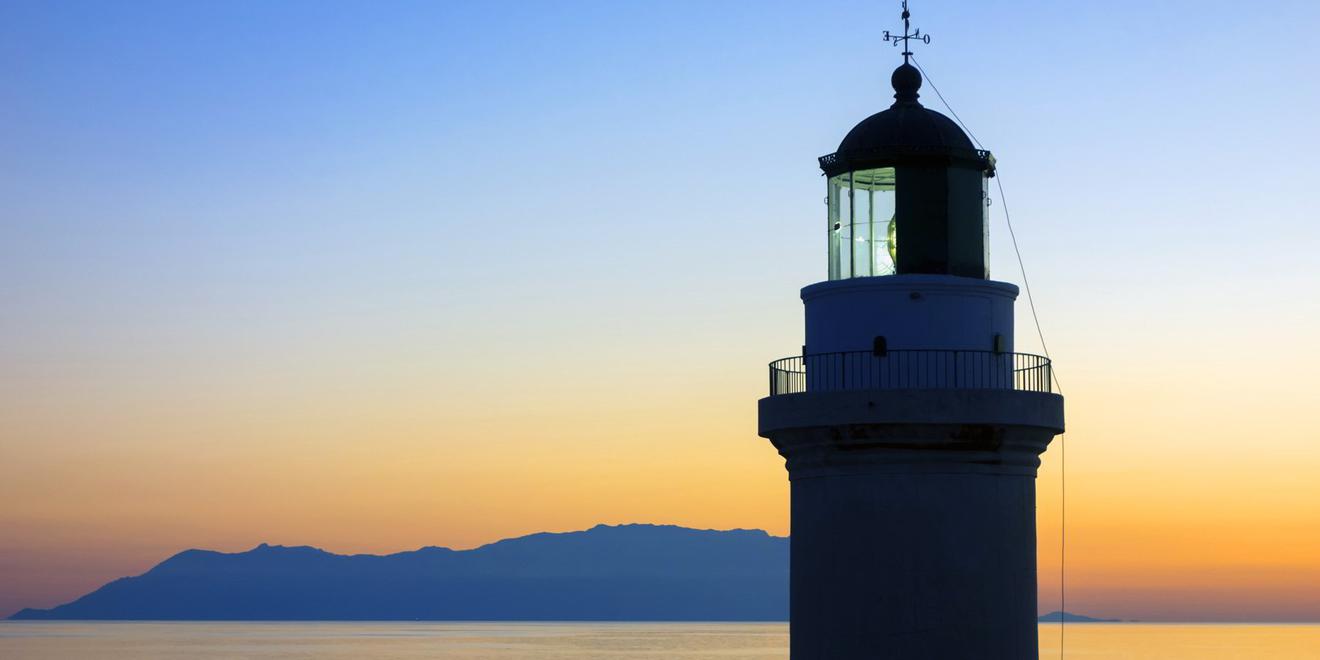 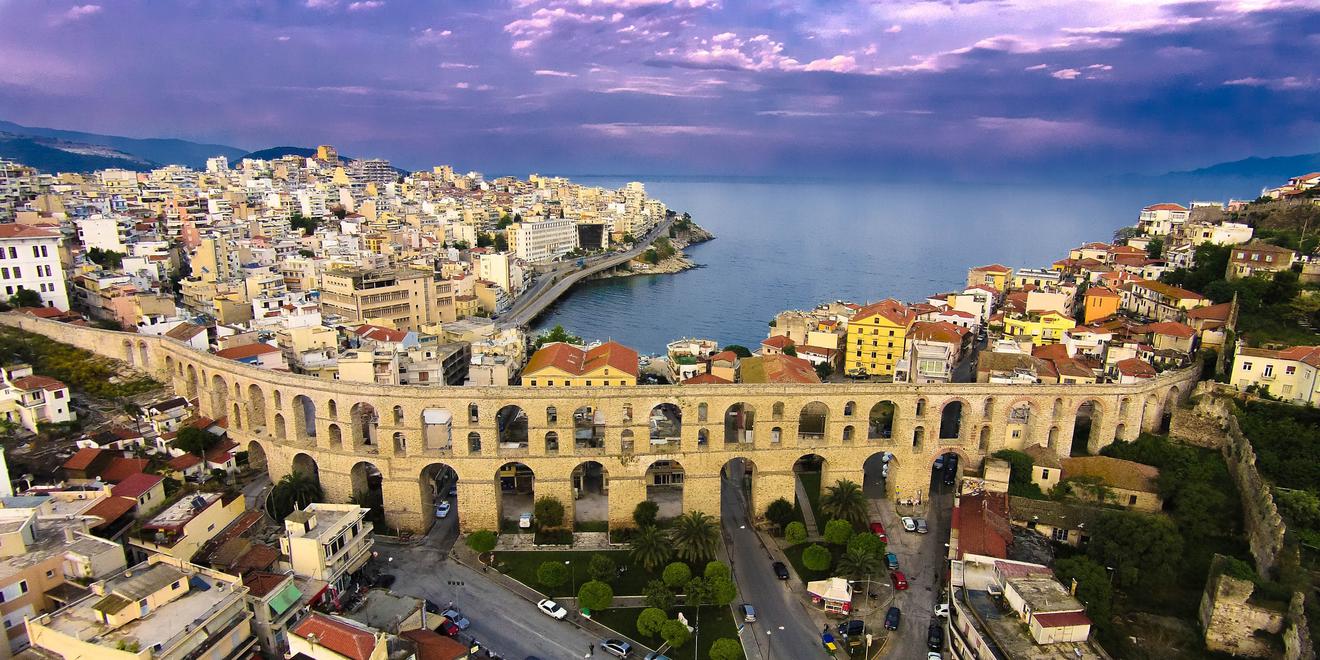 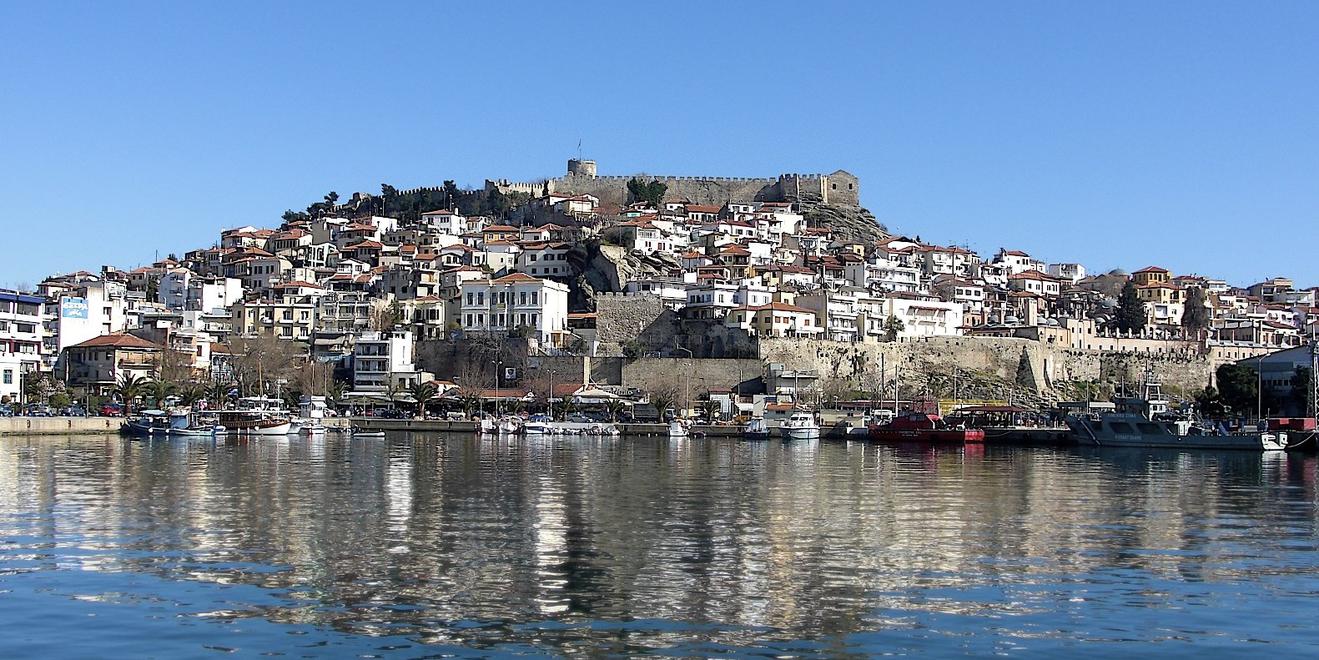 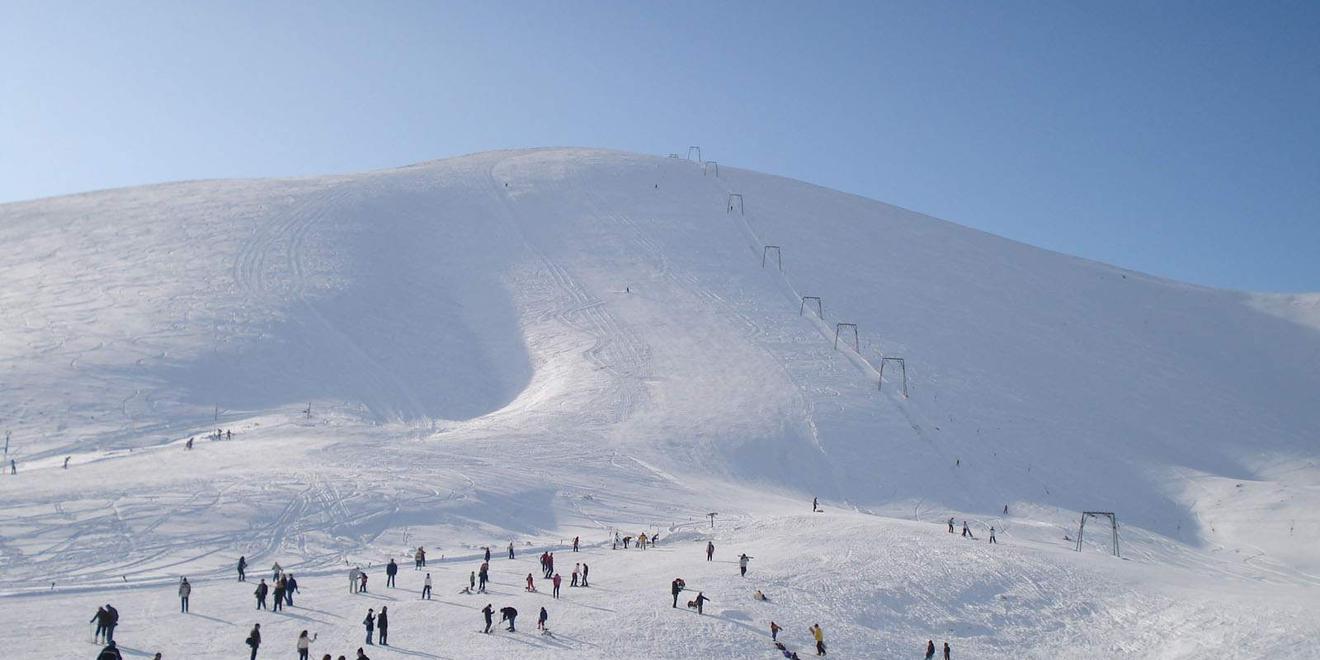 Due to Eastern Macedonia and Thrace complex history and the relatively recent setting of its boundaries, the geography of the region is far from cohesive. Thrace is home to unique expanses of total wilderness but also has agricultural traditions, such as cultivating tobacco, wheat and sunflowers, that continue to this day. The Rhodopi Mountains to the north of Thrace separate the Greek territory from Bulgaria and contain important forest eco-systems.

Due to its geographical position and the length of its coastline, most of the inhabited parts of Eastern Macedonia and Thrace enjoy a fairly cool climate. The weather closest to the sea is mild and Mediterranean. As one moves north and closer to the Rhodopi Mountain range the climate shifts to continental. The temperature can drop below zero in the northern parts of this region during winter with lows of -5°c recorded in recent years. In summer, highs of around 30-35°C are common.

There are a number of areas in Eastern Macedonia and Thrace that are so precious to the European ecosystem that they are designated Natura 2000 sites. Within Xanthi in Eastern Macedonia, Mount Chaidou-Koula and its surrounding peaks, the straits of the Nestos River and the surrounding forest are all protected areas. This forest in particular boasts an aquatic ecosystem that is of international importance.

Close to the city of Drama, the peaks of Mount Falakro and surrounding areas are Natura protected for their unique climatic conditions and special botanical interest. Rare herbaceous plants are found here as are rare invertebrates and birds. If bird-spotting is your thing then the reserve and ecotourism centre of Dadia, located in the far east of Thrace, close to the Turkish border, should definitely be on your itinerary. The Dadia Forest Reserve is overshadowed by the Evros Mountain range and is home to 36 or Europe’s 38 species of predatory bird.

There are spectacular beaches located all along the southern coast of Eastern Macedonia and Thrace. Beaches located around the port town of Kavala are popular as well as those that sit within Nestos National Park. For the most stunning beaches in the region head to Thasos Island, home of Limenas Beach, Paradise Beach and the beach of Chrisi Ammoudia to name a few.

Throughout Eastern Macedonia and Thrace’s long and conflict-ridden history one thing has united the people of this region – food. The island of Thassos is an incredibly fertile chunk of land that produces throubes olives and Thassos olive oil and its own variety of honey. In Drama, deli meats, mastic halvah and a number of exceptional wines are produced and in Xanthi, Kasseri cheese and syrupy Seker pare, saragli, tulumba and milk-burek sweets are made. The diet in Eastern Macedonia and Thrace is fairly meat heavy. A few of the most popular local dishes are jigerosarma, a veal suet encased dish of spiced lamb haslets; kavourma, boiled beef chunks set in jelly and the traditional spit-roasted suckling pig, common in central Greece.

There are two large airports in the region of Eastern Macedonia and Thrace, Kavala National Airport and the International Airport of Democritus at Alexadroupolis. The largest ports in the region are located close to these two airports and offer services to Thassos, the Aegean islands and the island of Samothrace. Greece’s national railroad network is connected to East Macedonia and Thrace, however there are only terminal stations at Drama and Alexandroupolis. The KTEL bus network serves almost every major city in the region. If you wish to cross into Turkey you must head to the customs station at Pythion and if you wish to cross into Bulgaria head to Dikaia.

Those who wish to buy or rent a house in Eastern Macedonia and Thrace might like to start their search in Kavala City. Elegant mansions dating back to Ottoman rule have survived in the old part of town while modern Kavala city has done a good job of regenerating old buildings into desirable business and residential spaces. Komotini City is a good alternative to Kavala and is currently rapidly expanding its commercial centre. The city of Drama has a lot to offer nature enthusiasts and history lovers. Some of the houses here date back to the 12th century but there are modern developments for those who prefer a simple apartment. Xanthi is primarily rural but those looking to rent or buy a villa in Eastern Macedonia and Thrace will appreciate the low house prices of rural villages.

Video about Eastern Macedonia and Thrace 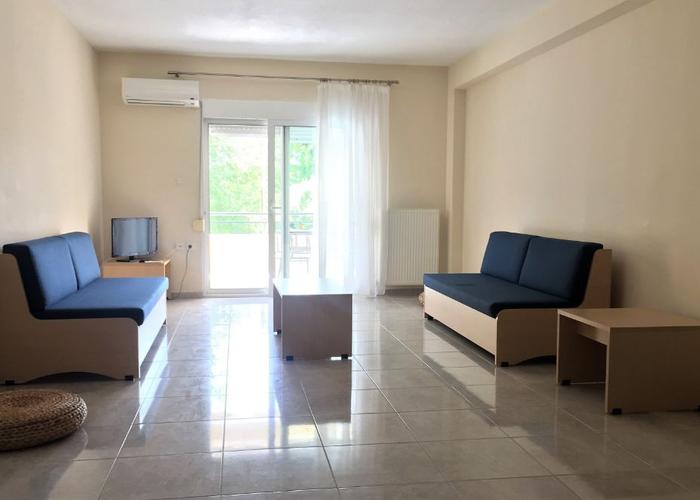 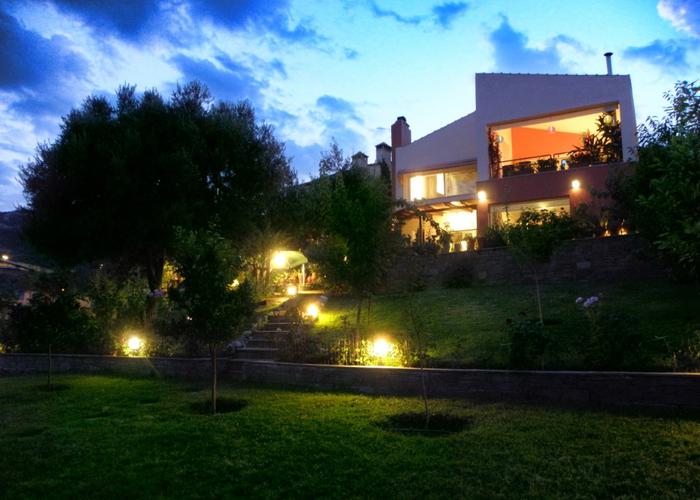 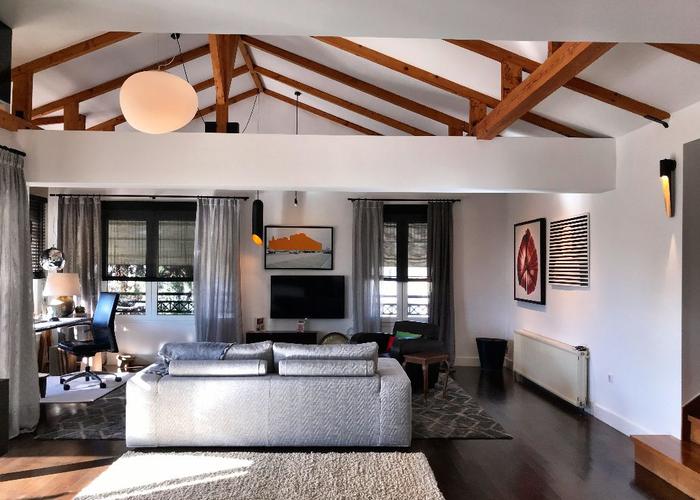 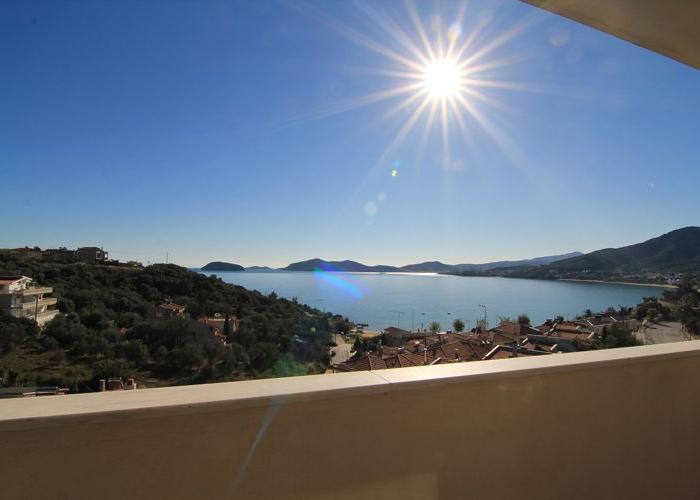