Traditionally known as the Heptanese (the Seven Islands), the Ionian Islands are a group of Greek islands that number six or twelve, depending on how you count them. The six principal Ionian Islands are Corfu, Paxi, Lefkada, Ithika, Kefallonia and Zakynthos and have a total land area of the Ionians is around 2,200 sq km.

The Ionian Islands are dotted along the western coastline of Central Greece from the province of Epiros down to Sterea Ellada. Part of the modern Greek state since 1864, the Ionian Islands have a long and tumultuous history with a long line of invading forces, such as the Romans, Venetians and British, shaping the islands in their own image. The island of Corfu (Kerkyra in Greek) has the largest population of the islands with around 103,000 inhabitants and is known as a tourist hot-spot, particularly among the British.

There is evidence that the Ionian Islands were inhabited as far back as the Paleolithic era but during the islands were fairly isolated and self-sufficient and played little part in early Greek history. In the year 146 BC the Romans landed on the islands and rudely refused to leave for around 400 years. During this period, the island of Lefkada became the setting of the Battle of Actium that saw Mark Antony and Cleopatra battle it out with Octavian to decide who would rule Rome. Octavian lucked out and was known as Emperor Augustus for the next 40 years.

The Byzantine Empire swept up when the Roman Empire eventually fell towards the end of the 5th century AD and ruled the gorgeous Ionian archipelago for around 600 years. When Constantinople fell to the Franks, the Maritime Republic of Venice took their opportunity and invaded the Ionian Islands one-by-one. The Venetians made Italian the island’s official language, attempted to convert local people to Roman Catholicism and introduced a uniquely Italio-Greek way of living on the islands that survives to this day.

Venice’s Maritime Empire fell, as all empires must, in 1797. In the late 18th and early 19th centuries Napoleon, Russia, then Napoleon again, ruled the Ionians for a brief time before the British stepped in and made the islands a protectorate of the British Empire. The British improved infrastructure and boosted the economy of the Ionians but the people of the islands wanted the oppressive military protectorate to come to an end and in 1864 the Ionian Islands eventually became, once again, a part of Greece. 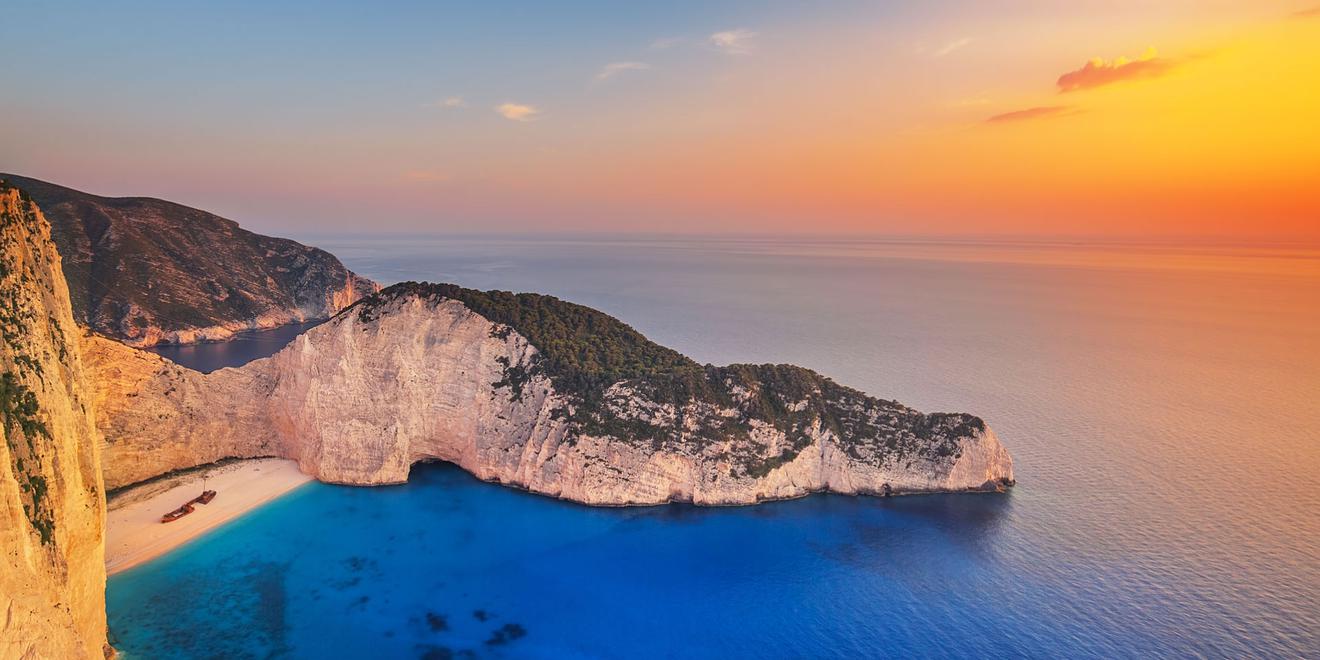 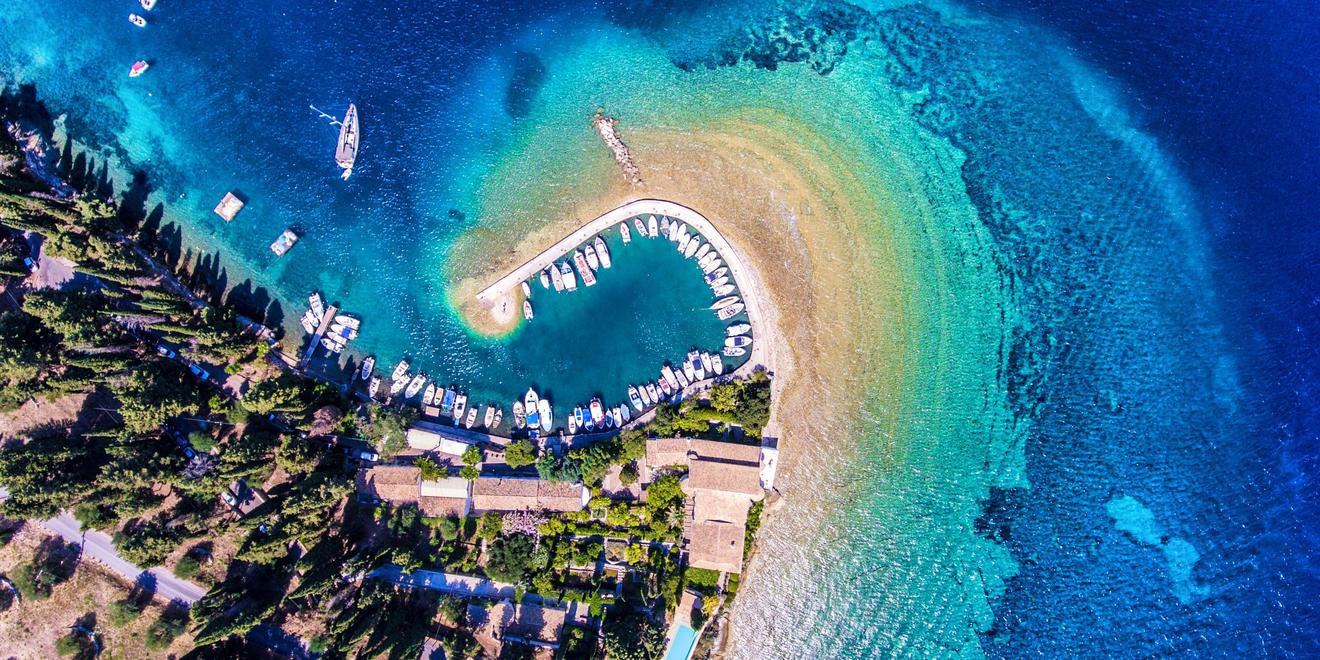 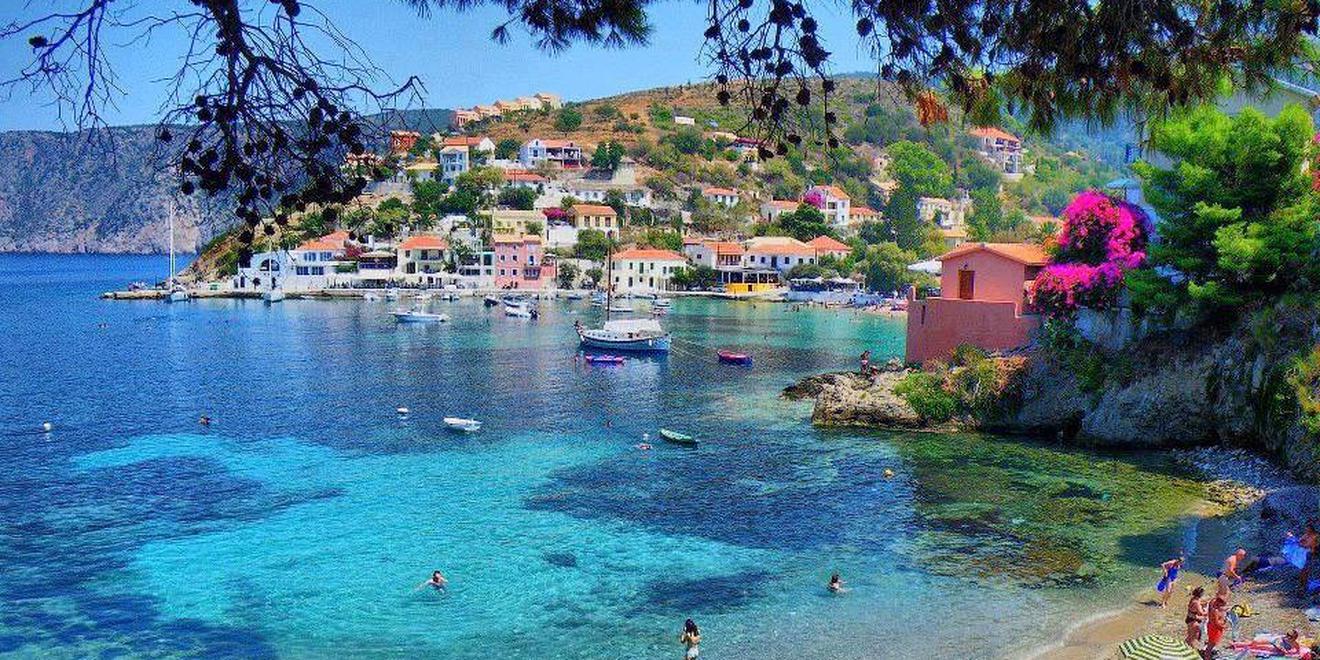 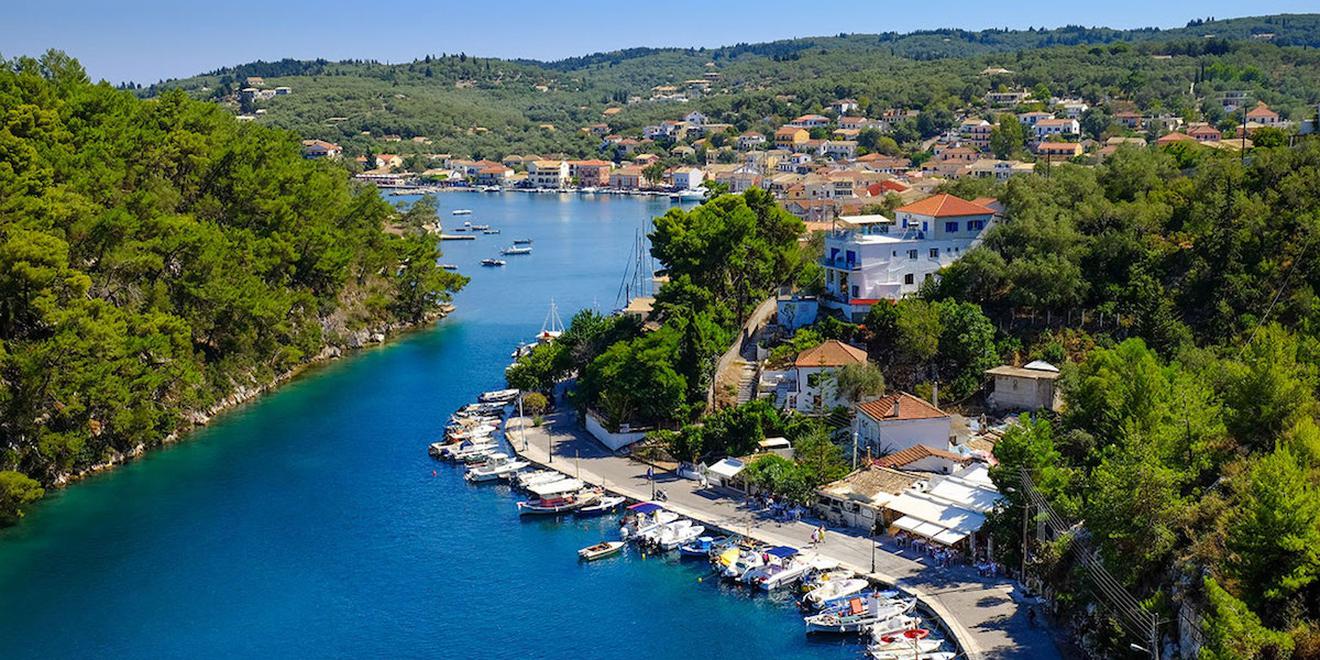 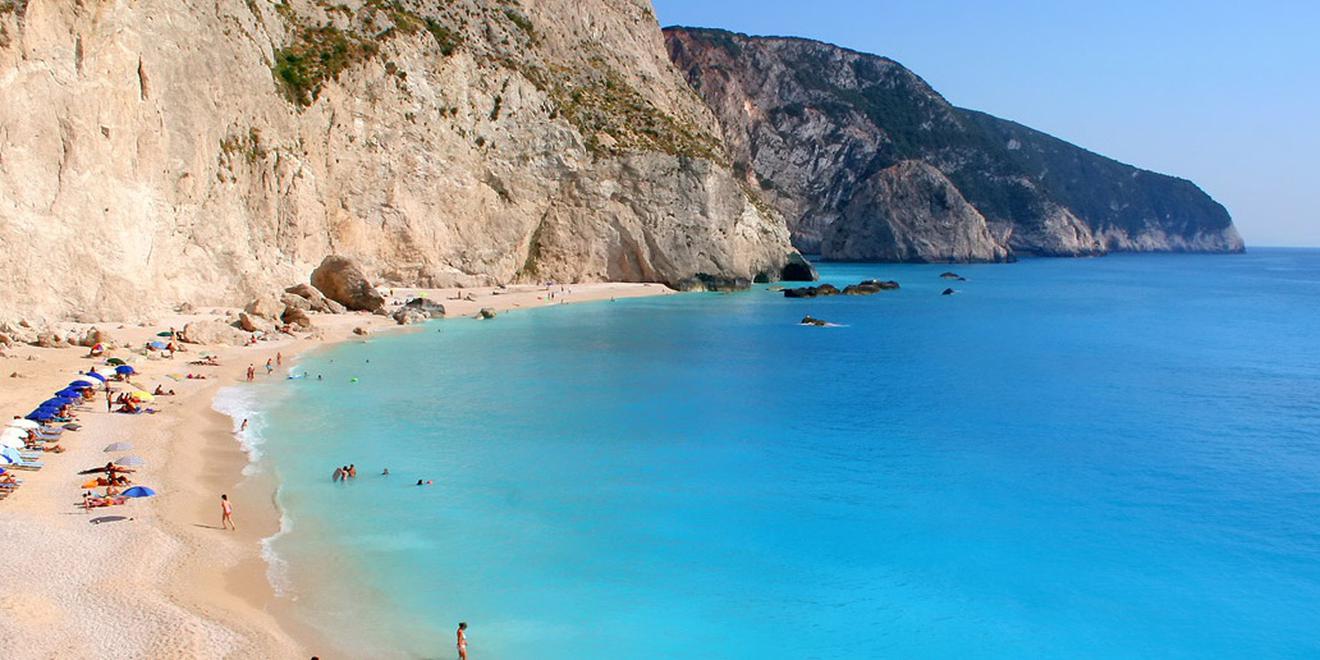 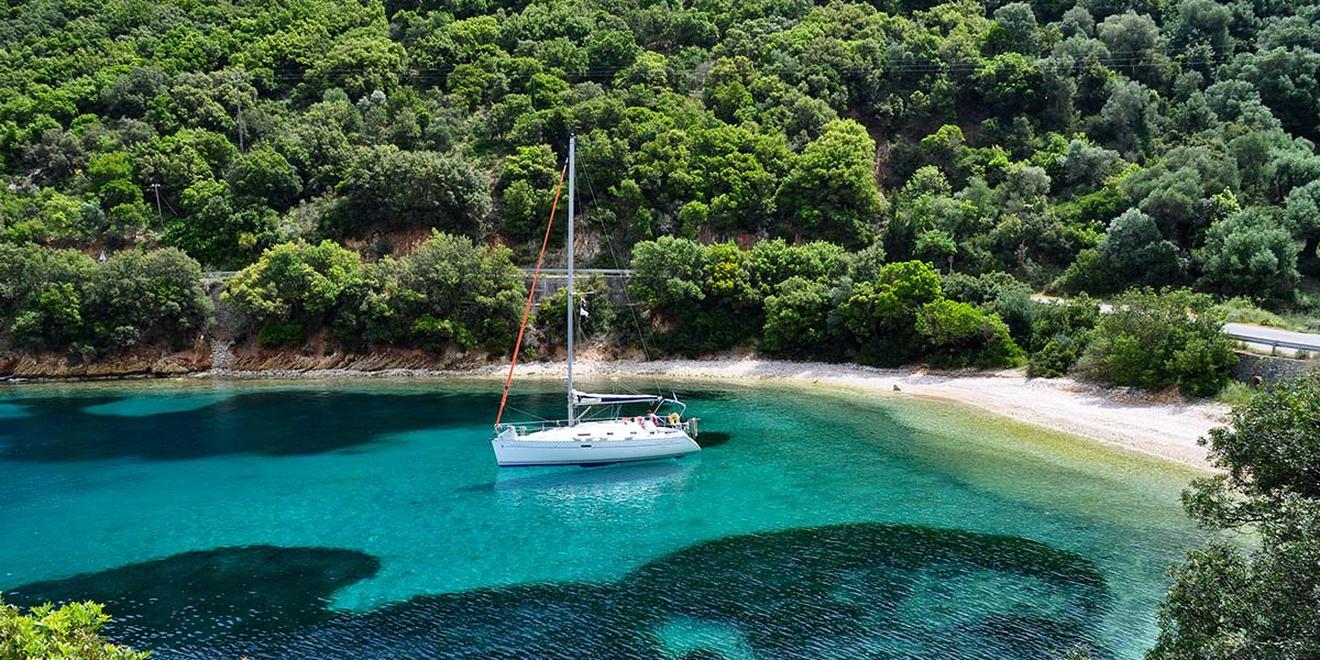 Millions of years ago the Ionian Islands were torn from the flank of Central Greece. Seismic activity along the Ionian fault caused this massive shift which today accounts for the islands’ unusual shorelines, sizeable mountains and extremely deep seas. At a maximum depth of around 4,400 metres, the seas around the Ionians are among the deepest in the Mediterranean.

Known as a greener, wilder place than most of the rest of Greece, the Ionians experience greater rainfall than the majority of the country. This rainfall coupled with a cooler climate is responsible for the surplus of Cypress and Olive trees on the islands. Summer is considered mild in the Ionians, in comparison to the rest of Greece, with highs rarely exceeding 39°Cs. Comfortable breezes blow across the Ionians from the northwest and most coastal regions enjoy the benefits of a sea breeze, a feature that has made some Ionian Islands windsurfing hotspots. In winter the temperature never dips below zero and it rarely snows.

The Ionian islands are known as a greener, more temperate version of the Greek mainland and each island has its own particular allure.

Corfu, for example, is the second largest of the Ionian islands after Kefalonia and the most visited by international travellers. In the north, Corfu is mountainous with the peak of Mount Pantokrator reaching the highest point of 911 meters. The island’s central region is defined by valleys and hills while the south is a flat expanse of plains. Of course, Corfu is primarily associated with blissful sandy beaches and there are plenty of those to go around dotted along their 217km coastline.

By comparison, Ithika is rather petite. Around 95 sq km in size, Ithika is shaped a little like a butterfly with two equally-sized peninsulas joined in the middle by the narrow isthmus of Aetos. Like Corfu, Ithika is mountainous and its highest peak is Mount Neritos, sitting at 800m altitude. Relatively undeveloped, Ithica’s coastline is still rugged and its dramatic scenery combined with its diminutive size makes walking a pleasure.

Paxi is made up on six small islets, supposed formed by Poseidon, the god of the Sea. Flat and ultra green, Paxi is admired for its pretty harbour villages and the mysterious sea caves on its western coast. Kefalonia’s geography is similar to that of Corfu. Dramatic, rugged mountains in the north give way to flat and fertile plains in the south. The highest peak on Kefalonia towers over any other mountain in the Ionians at an altitude of 1628 meters. Beaches like Myrtos Beach, Xi, Loudas, Emblisi and Antisamos are considered some of the most scenic in the world.

Lefkada is the only Ionian Island connected to the Greek mainland with a short 50m floating bridge. With a similar geography to Corfu and Kefalonia , Lefkada’s highest peak reaches 1158 meters above sea level. Lefkada is home to off-the-beaten track caves and coves and unusual salt-water lakes.

The southernmost Ionian island, Zakynthos is close to the province of Peloponnese. Zakynthos’s mountains are located on the west side of the island and have protected the west coast’s beaches from development. In the south east, the flat, easily reached plains are where most tourist resorts can be found.

The Ionian Islands have been blessed with a temperate, reasonably wet climate that encourages the growth of many tasty delicacies. Due to the long period of Venetian occupation between the mid 14th and late 18th centuries, the Ionian Islands developed a unique food culture that remains influenced by Italian cuisine to this day. As in the rest of Greece, mezze-style eating is common. Inland, lamb is often the meat of choice while on the islands’ plentiful coastline, the catch of the day reigns supreme. A few distinctly Ionian dishes to try include Pastitsada, a very Italian dish of macaroni, ragu and bechamel; Bourdeto, spicy fish stew with potatos; Kefallonitiki kreatopita, Kefalonian spicy meat pie; Lefkaditiki Ladopita; dense syrupy cake with seeds and almonds and Aubergine Skordostoubi, an aubergine and tomato dish dotted with cubes of oily cheese.

All of the major Ionian islands are served by their own airports although most of them only offer flights during peak season. Preveza airport on Lefkada is also connected to mainland Greece by a bridge. The Ionian islands are a popular spot for cruises and large boats are constantly navigating the Ionian Sea. Smaller private boats can quite easily be found to shuttle tourists to and fro across the islands. Capital cities on the larger islands tend to have bus services that serve major towns and tourist sites but overall it’s much easier to hire a bike or a car and travel independently

The cosmopolitan town of Corfu is the obvious choice for many looking to buy or rent property in the Ionian islands with Sidari, Agios Georgios and Paleokastrista offering the best facilities. Kefalonia’s main city and harbour, Argostoli usually comes a close second. But for a more traditional way of life, try the island of Ithaka’s main town Vathy, known for its centuries old red-roofed buildings. Those who buy or rent houses or villas in Lefkada tend to focus on the beach resorts Porto Katsiki, Agios Ioannis and Kalamitsi while the small island of Paxi is thought to be the most beautiful of all the Ionians. 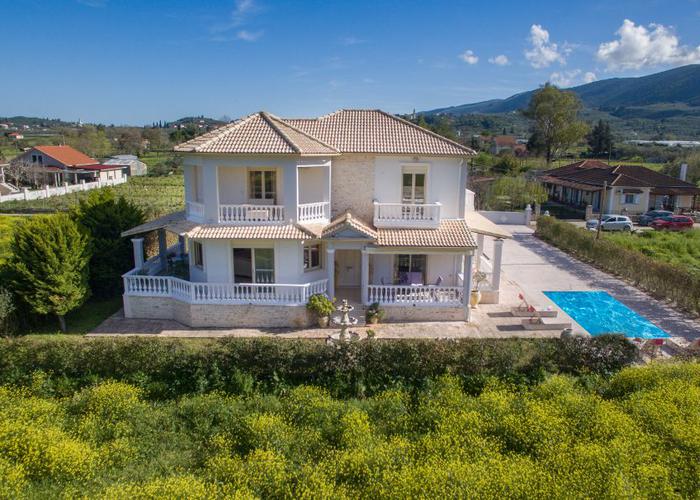 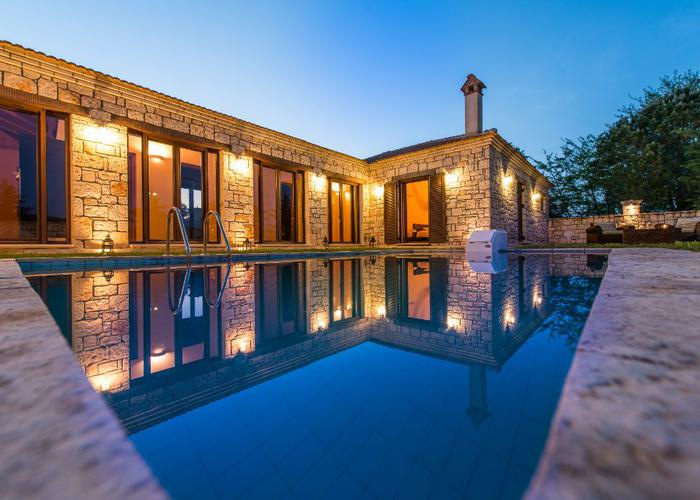 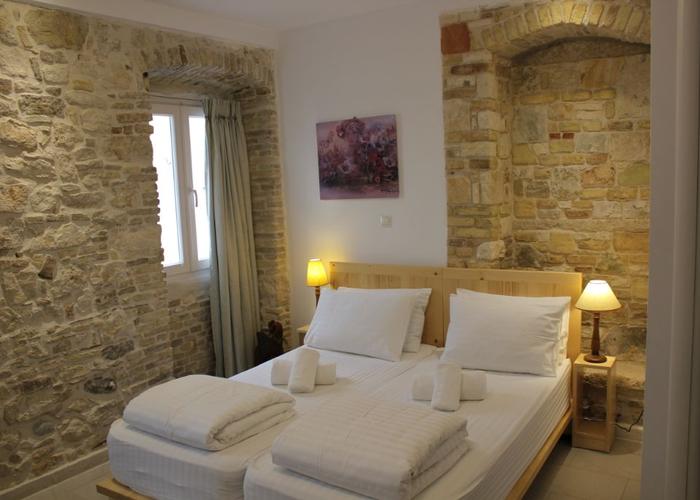 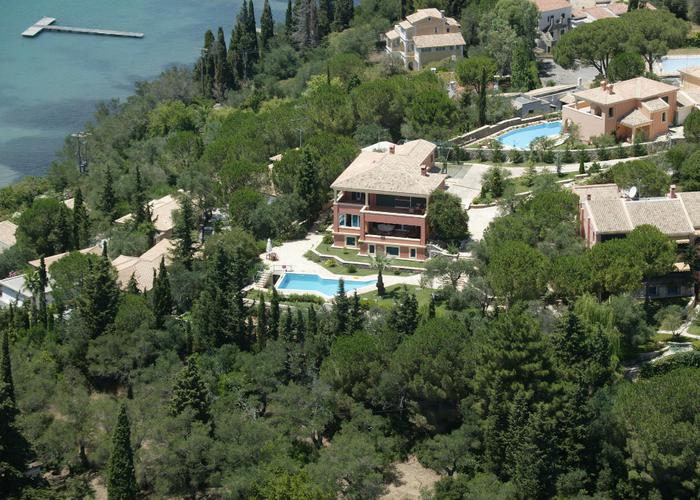 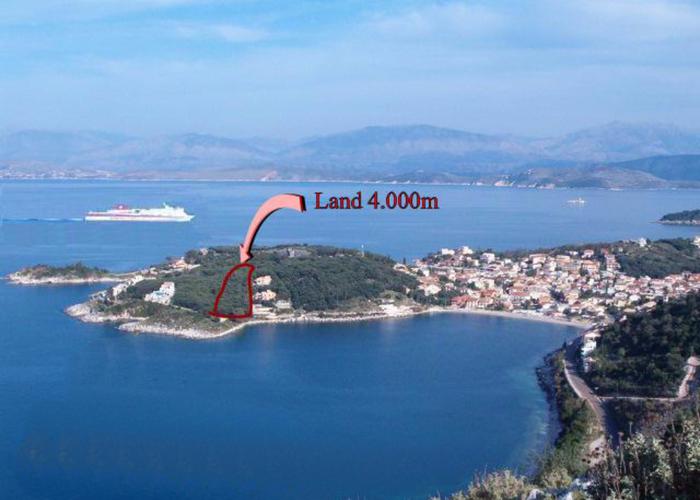 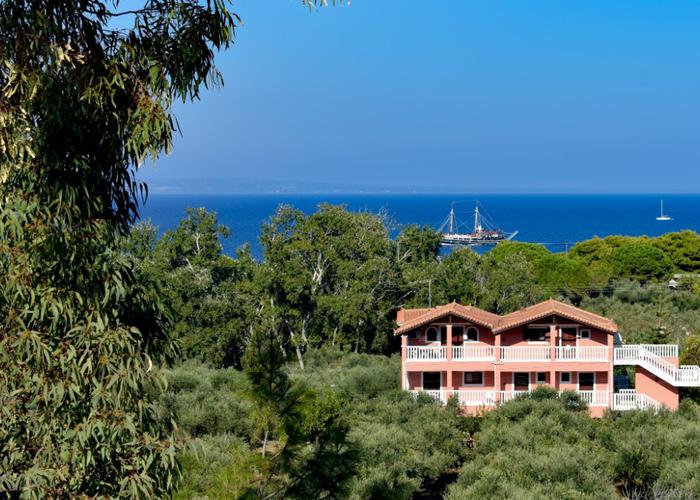 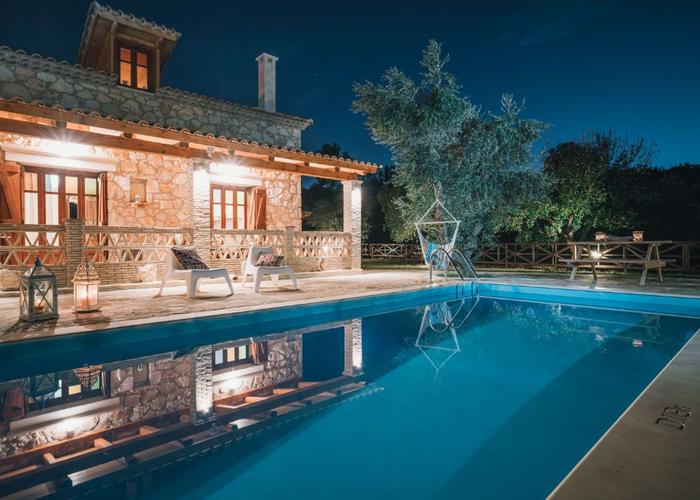 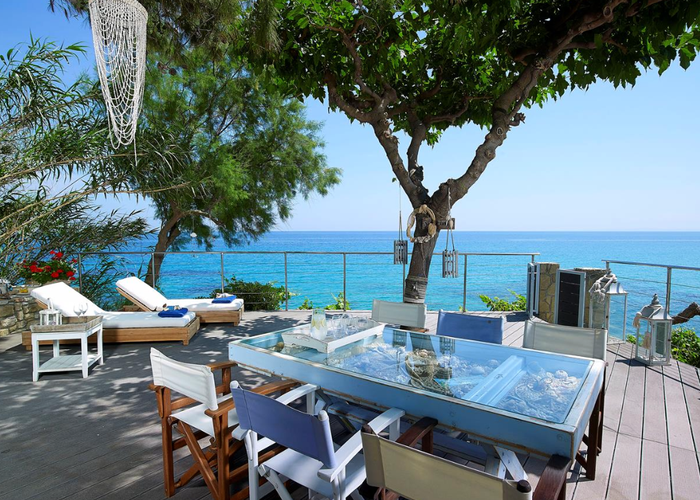 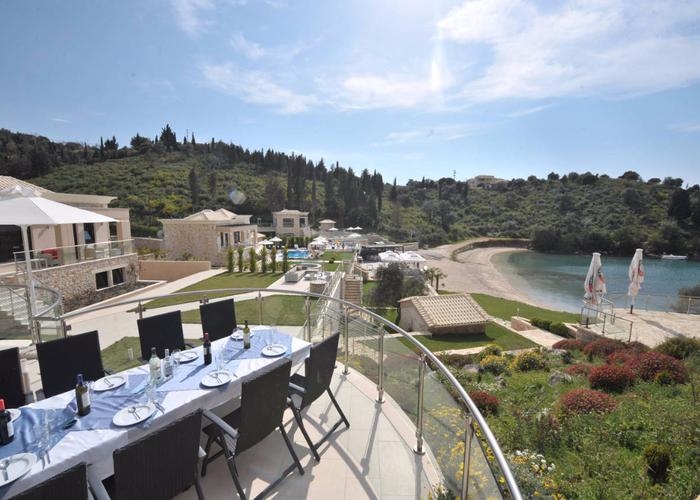 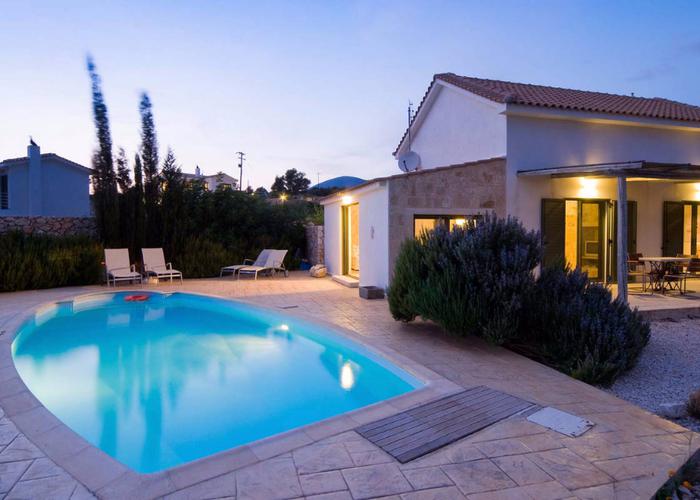 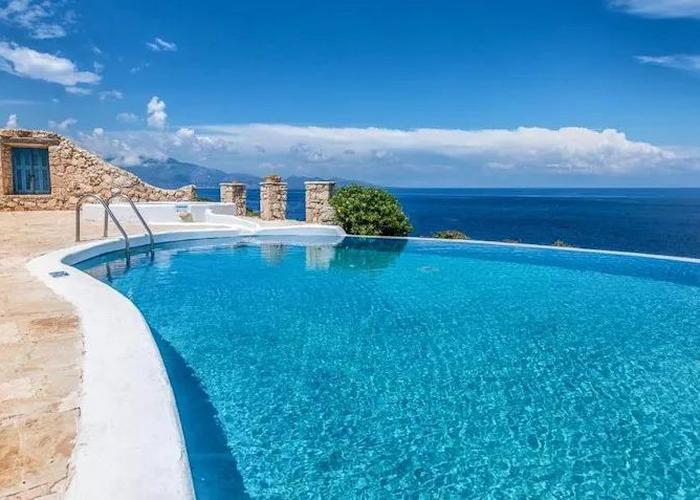 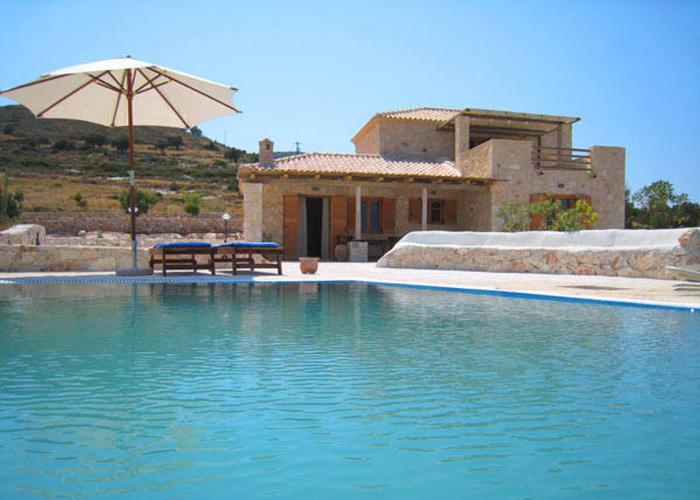 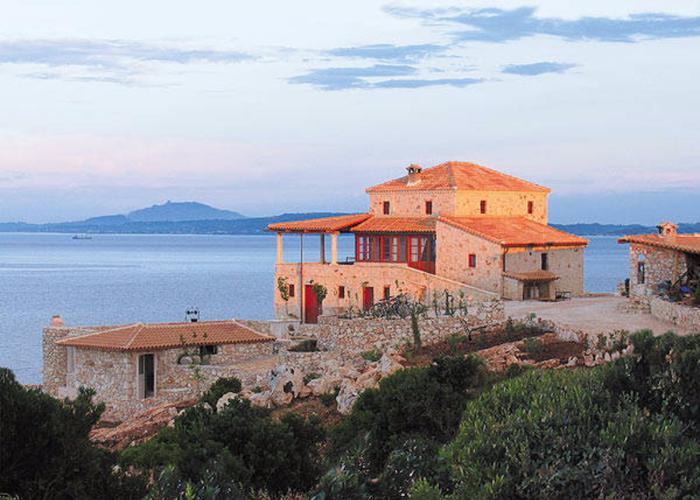