The South Aegean islands consist of two distinct island groups, the Cyclades and the Dodecanese. Split up into 13 regions, there are a whopping 36 inhabited islands considered part of the South Aegean, 24 of which are in the Cyclades and 12 of which are in the Dodecanese. The most visited islands are Santorini, Mykonos, Rhodes and Kos.

The sacred island of Delos, birthplace of Artemis and Apollo, sits in the centre of the Cyclades islands and is responsible for their name. ‘Cyclades’ means “encircling islands”. Highlights of the Cyclades include tourist-heavy Mykonos and Ios; the ancient cities of Akrotire and Delos; walkers paradise in Andros and Amorgos; and romantic Santorini. In the more remote Dodecanese archipelago visitors admire the classical Greece of days gone by, descending on the limestone cliffs of Tilos; walking the cobbled streets of Rhodes old town; descending into the volcano of Nisyros and diving shipwrecks on Kalymnos.

There is evidence that the Cyclades islands were inhabited as early as 7000 BC. Connected through sea-faring trade, the islands of the Cyclades made up a significant Bronze Age culture, evidenced by the discovery of distinctive marble figurines dating to around 3000 BC. Around 1500 BC the Cyclades were colonised by the ferocious and mysterious Sea People who had already ransacked Egypt and Anatolia. Although influenced by the Mycenaean people of Peloponnese, it was the Dorians whose 8th century BC invasion had the most impact on the development of Cyclades.

A Roman province from 146 BC until the fall of Rome, the Cyclades later became a part of the Byzantium Empire and remained so until 1204 when the Venetians turned up. Under Ottoman control from the mid 16th century, the Cyclades became the target of repeated pirate raids and many of the islanders left for the mainland. This hardship continued until tourism changed the islands’ fortunes in the 1970s.

Unlike the Cyclades, the Dodecanese islands were heavily influenced by Christianity. During the first century AD two ambitious missionaries, St Paul and St John the Divine, descended on the Dodecanese to teach the local people the error of their ways.

The Dodecanese thrived during the early Byzantine era but from the 7th century AD struggled to defend themselves against a chorus-line of plundering invaders. The Crusaders, or ‘Knights Hospitaller’ effectively colonised the Dodecanese in the 14th century but couldn’t fight back the tide of the Ottoman Empire and fell to the Turks in 1522. As recently as 1912, the Dodecanese were a part of an Italian Empire, becoming the symbolic heart of Mussolini’s dream of ruling the Mediterranean. The Dodecanese joined the Cyclades in formally belonging to Greece once more in 1947. 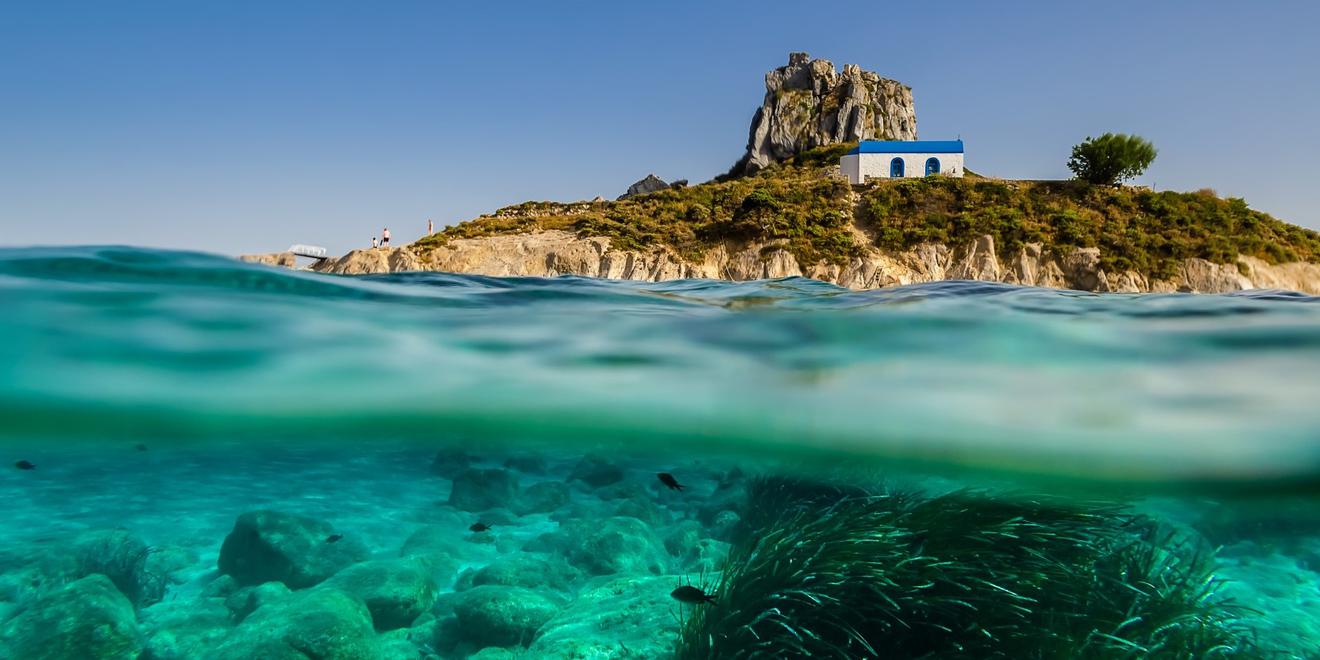 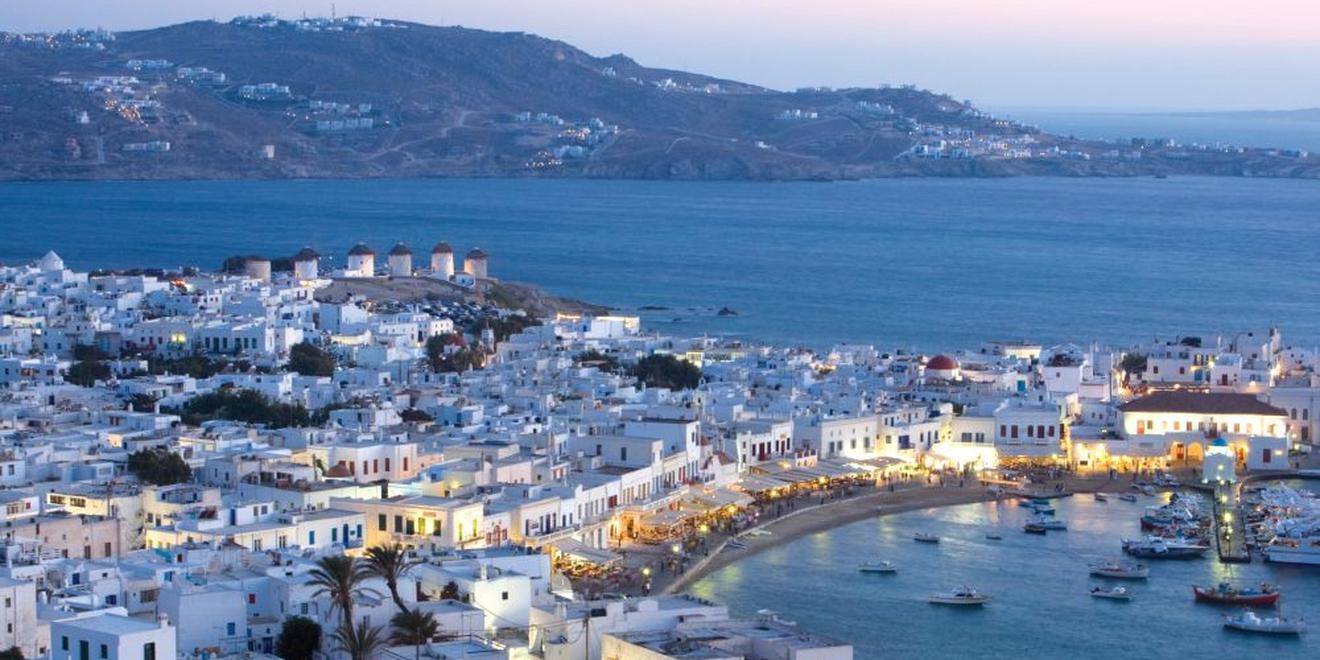 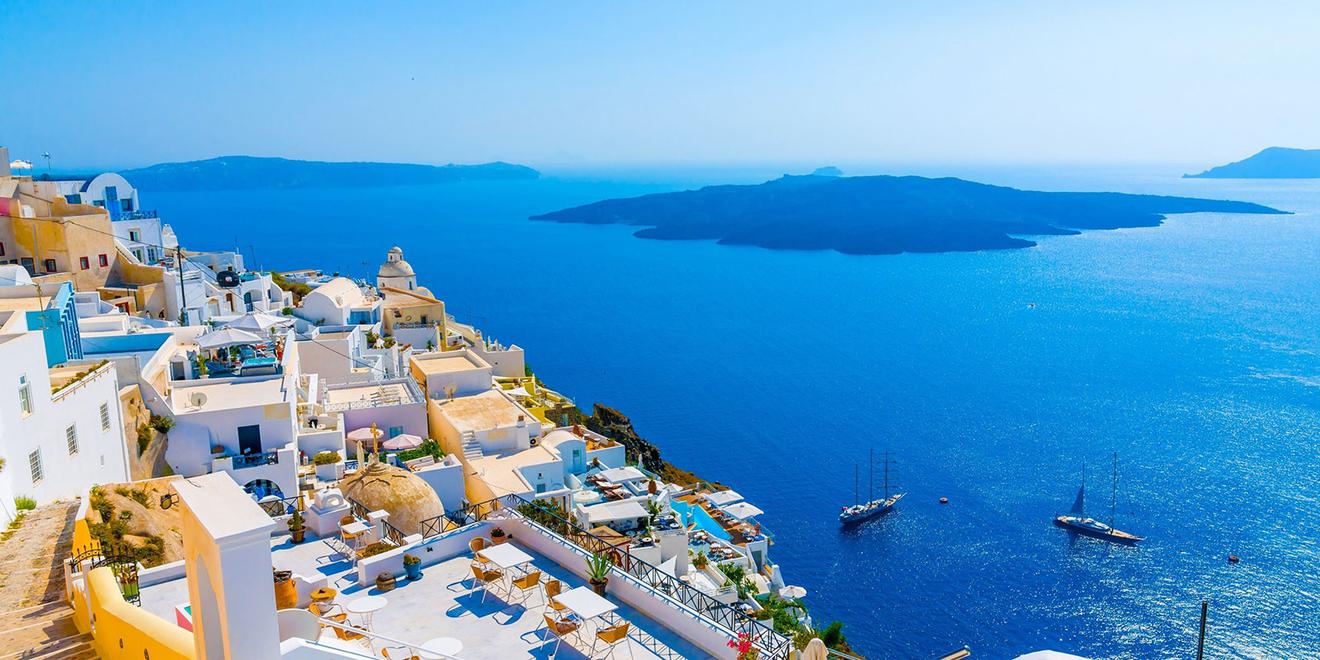 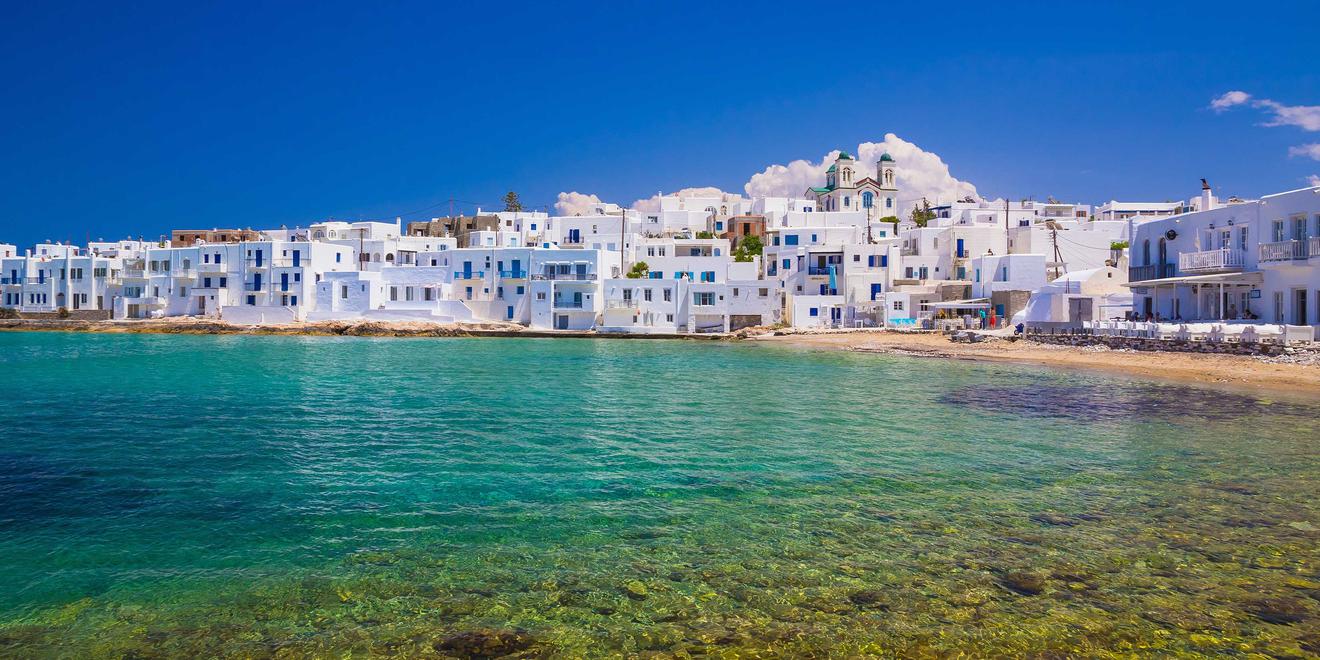 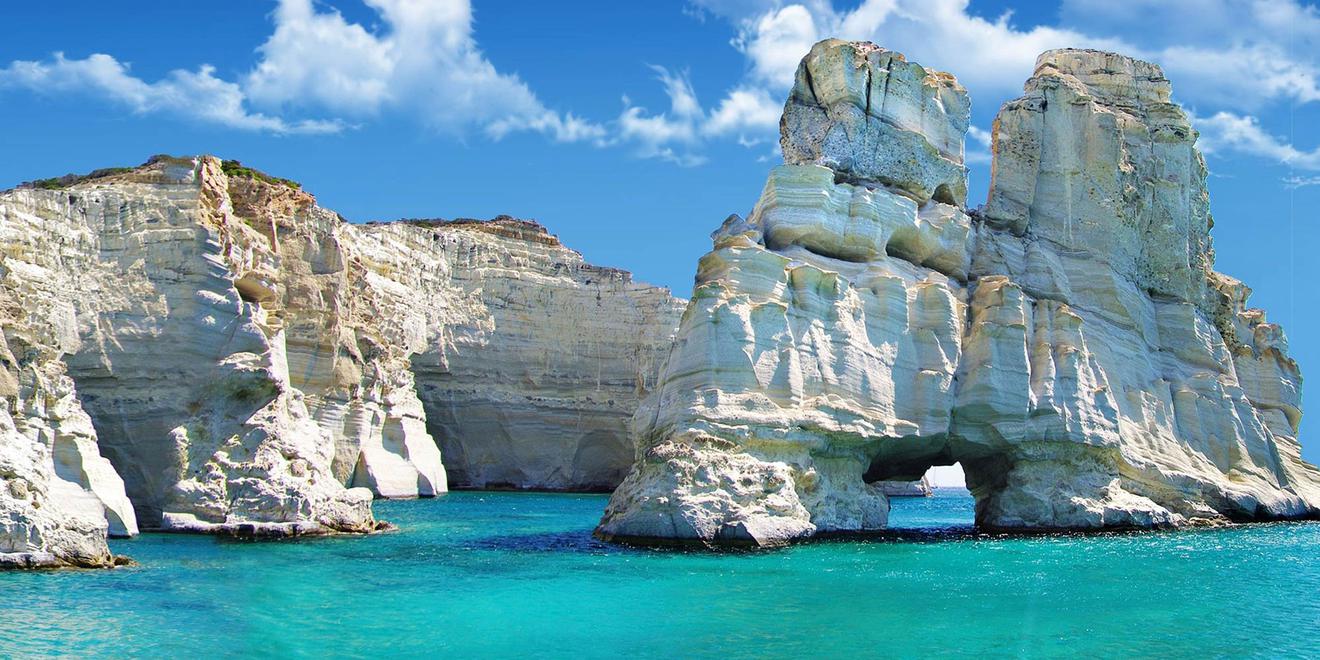 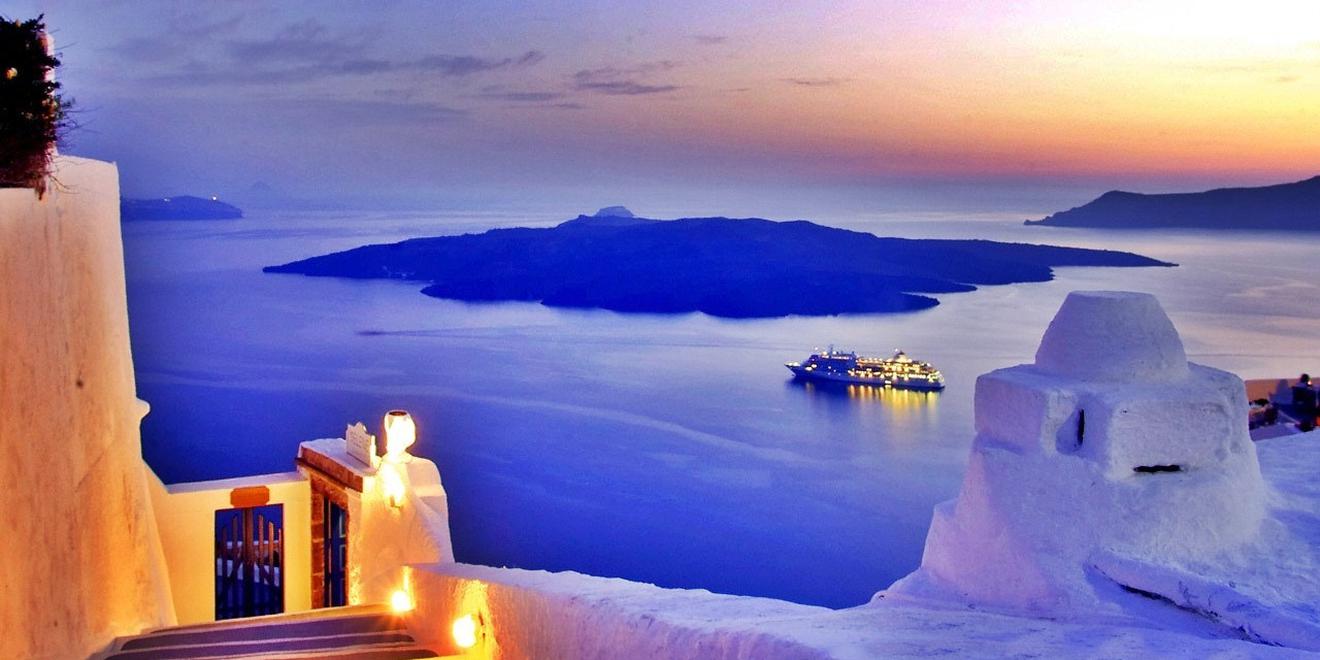 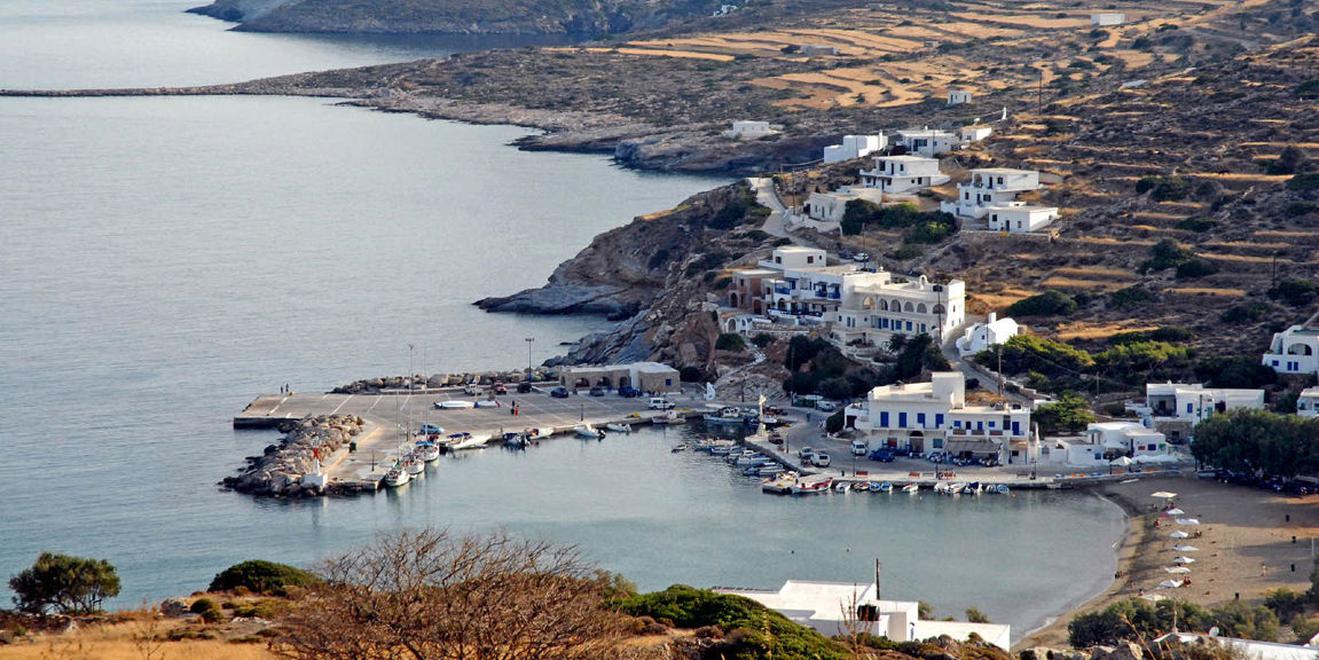 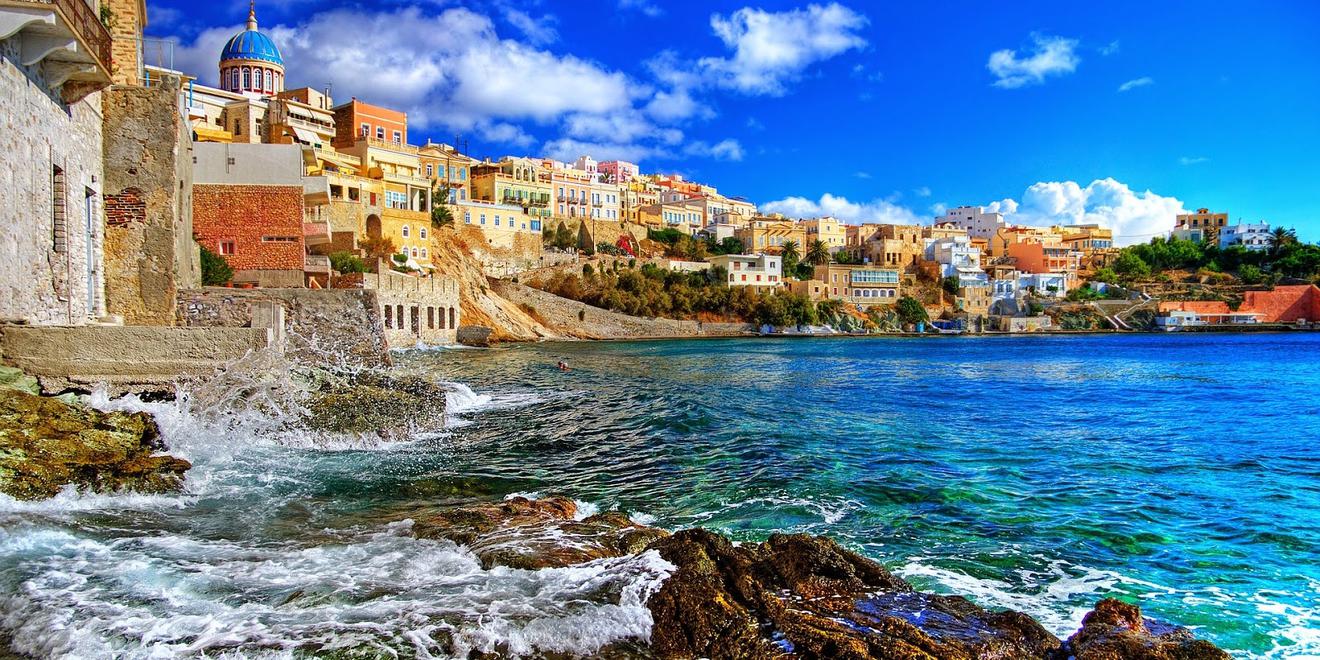 The Aegean sea laps up against the coastline of mainland Greece, Crete and Asia Minor. All told, this sea contains around 2,000 islands and islets but it is the two clusters of land known as the Cyclades and the Dodecanese islands in the South Aegean sea that are the most important. Due to the significance of the South Aegean islands, particularly for sea-trade, the seas around them are further divided into the Cretan Sea in the south, the Icarian and Karpathian sea on the east and Myrtoan sea on the west.

The Cyclades themselves are actually the peaks of submerged mountains, which goes some way in accounting for the complexity and dramatic nature of the islands’ coastlines.

Overall, the climate across the South Aegean is typically Mediterranean. The summer is hot, dry and intensely sunny, although doesn’t last as long as in other parts of Greece. The winter is a long, rainy affair that lasts from November to March but rarely dips into below-freezing temperatures. Generally, the climate doesn’t fluctuate too much in the South Aegean thanks to the regulatory function of the surrounding seas. The southern and western parts of the Aegean are known for their etisies or meltemia, intense winds that visit the area each year and batter the island coastlines between May and November, generally reaching the peak of their impact in the afternoon.

Millenia in the making, Santorini island is essentially the exposed half moon-shaped rim of a volcanic depression. Still part of an active volcanic complex, Santorini is admired for the stunning sunset views it offers of nearby islands, Thirasia, Aspronisi and the Kameni Islands. Santorini is home to the 360m Messavouno mountain, on the ridge of which still clings the remains of the ancient city of Thera. Andros, the second largest of the Cyclades after Naxos, is known as a walker’s paradise with enticing trails leading up rugged mountains and criss-crossing the island’s vast central valley.

Most of the Dodecanese islands are volcanic which lends them an incredibly rocky, dry terrain that is unable to sustain much agriculture. However, the islands glitter with rich mineral deposits such as chromite and lignite in Rhodes, copper, iron and lead in Kos and sulfur in Nisyros.

While the terrain of Rhodes consists mainly of limestone rocks, Kos is known for its black schist limestone and shale and sandstone fossils. The island of Kalymnos is home to a fascinating cave complex while other northern Dodecanese islands show evidence of their volcanic formation. Kalymnos has surfaced as a major rock climbing destination in recent years with more than 80 designated climbing sites. The hills of Tilos offer a gentler outdoor experience and, thanks to a long-standing hunting ban, is a hot-spot for rare bird-watching.

Island life, be it on a small, rarely-visited islet or in a tourist-heavy town, creates food customs that go back to ancients times and the Cyclades and Dodecanese are no exceptions. The holy trinity of Mediterranean cooking - grapes, grains and olives -feature heavily in the cuisine of the South Aegean. The yellow split pea reigns supreme in Santorini while in Rhodes the chick pea is used for a national dish of fritters seasoned with cumin. Meat pastourma (salt-cured goat) can be found on some islands and is used to season soup. Barbounia me Saltsa Kapari or Red Mullet cooked in capers is an Aegean speciality as is Kopanisti, a particularly pungent goats cheese made on the island of Mykonos.

There are six airports located in the Cyclades islands; Mykonos; Syros; Paros; Naxos; Santorini and Milos, all of which connect with Athens daily. During peak season some of these airports also open up flight paths between the islands and major European cities. A number of ferry companies connect between the islands but, again, seasons impact the ferry schedule. The man ports are located at Pireaus, Rafina (serving Mykonos, Andros and Tinos) and Lavrio (serving Kythnos and Kea). In the Dodecanese, Rhodes, Karpathos and Kos all have sizeable airports that offer daily domestic flights and international flights during summer months. The airports on Leros and Kalymnos only offer sporadic domestic flights. It’s a little easier to island-hop the Dodecanese with a a clearer ferry schedule and a number of tour operators offering packages with all ferry transfers included.

When buying or renting property in the South Aegean islands, most people turn immediately to the Cyclades and are charmed by the island’s traditional white-washed houses. The town of Santorini is the most famous example of this architecture. Naxos by comparison has Venetian architecture and Ermoupolis’ architecture is primarily neoclassical. On cosmopolitan Mykonos there are a wealth of resort towns, in which houses and villas are frequently available to rent or buy. If you want to rent or buy property in the Dodecanese islands it’s worth looking at the towns and villages of sunny Rhodes, all of which are popular holiday destinations for good reason. 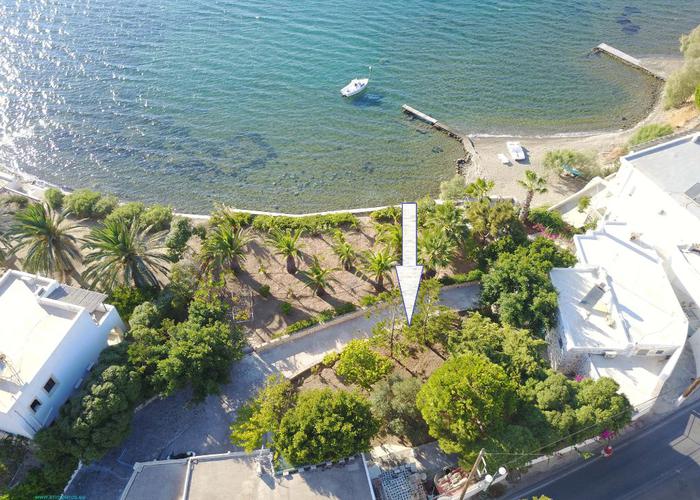 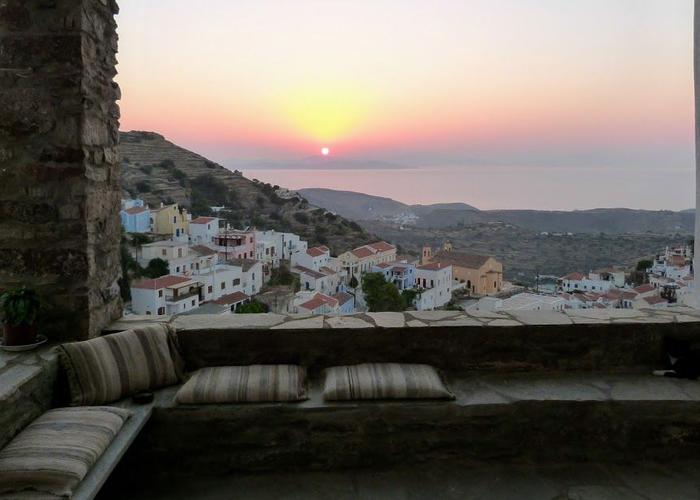 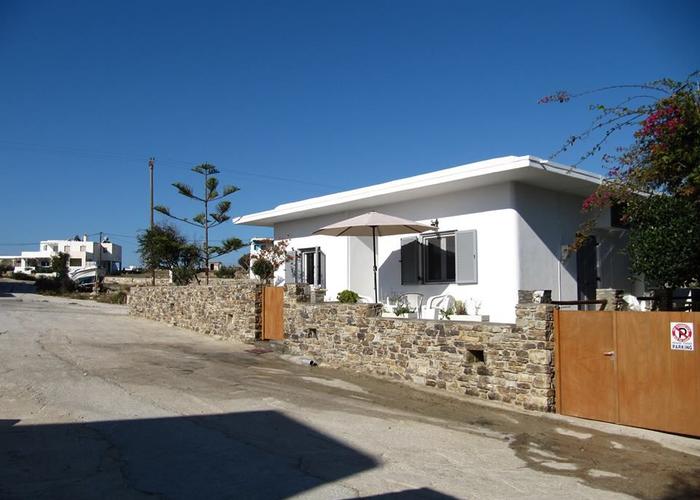 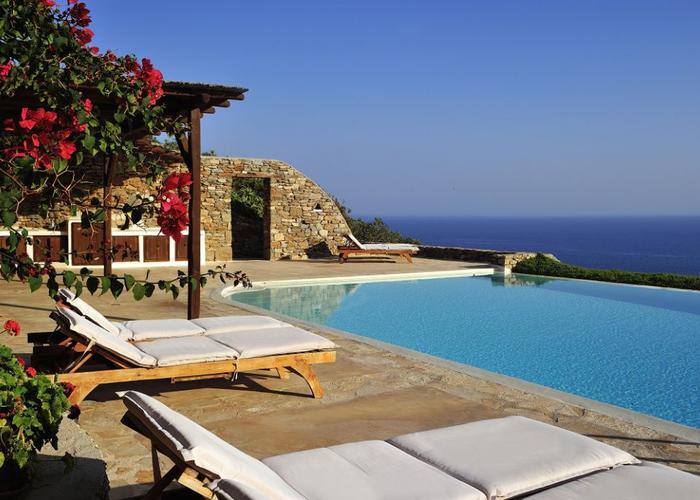 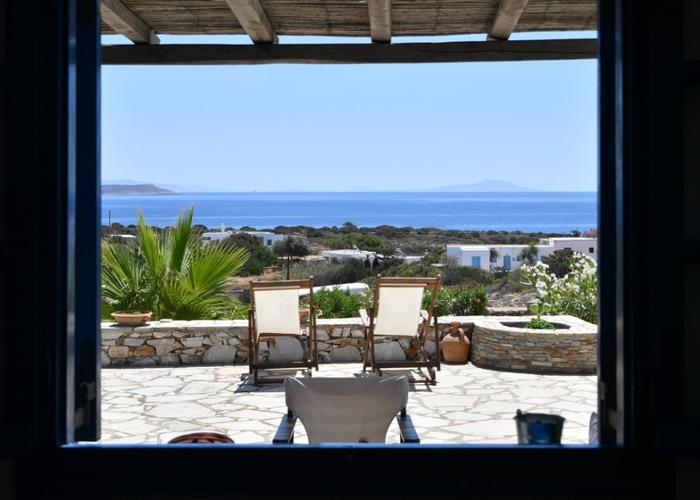 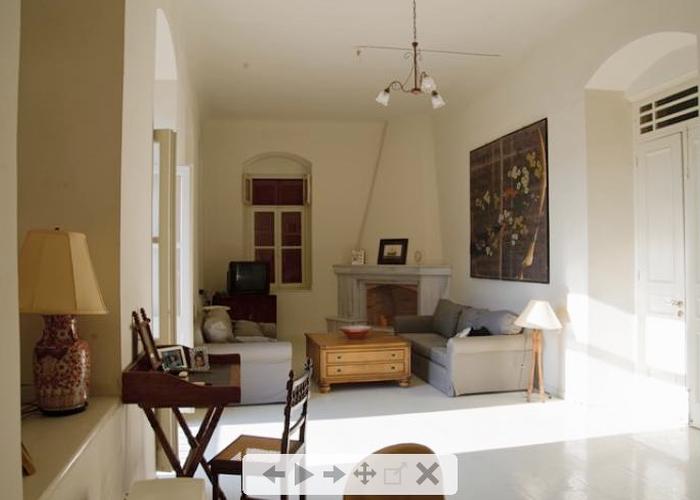 Villa in Theologos in Rhodes 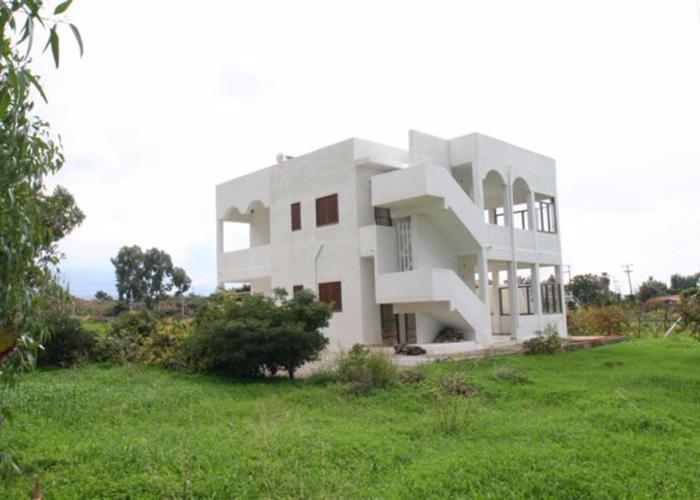 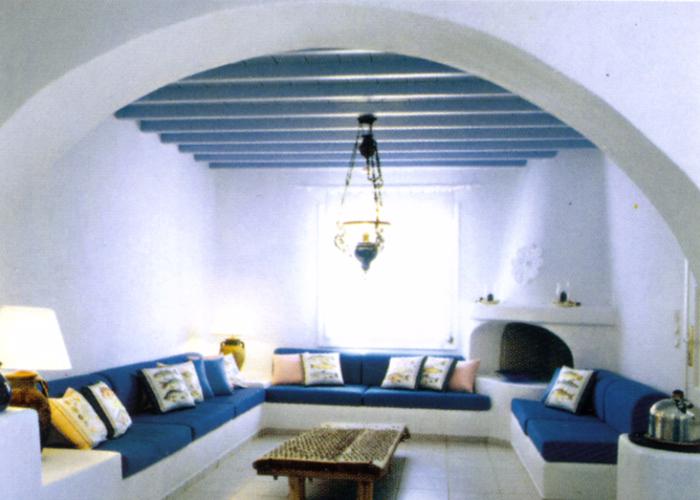 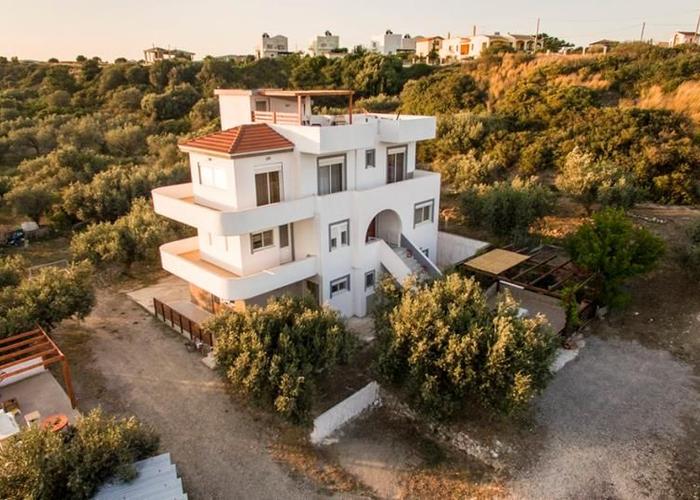 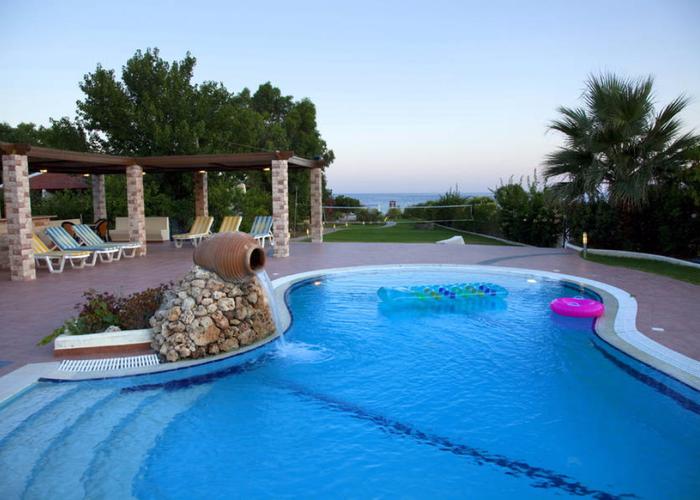